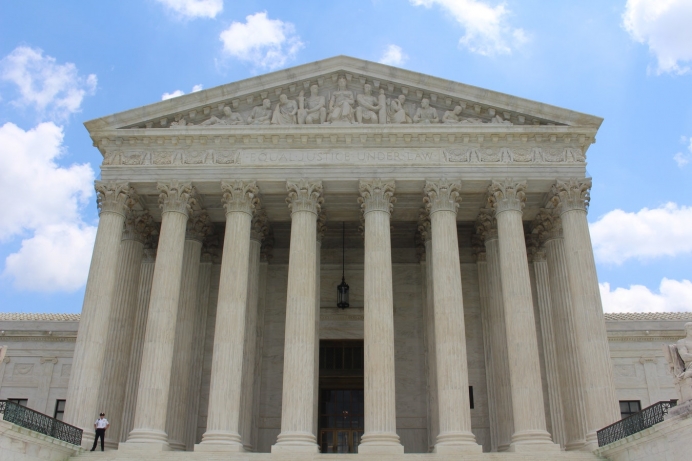 Today, the Supreme Court issued a major but simple decision, holding that those who work to provide alternatives to abortion do not have to advertise for abortion. If that idea seems unremarkable to you, you’re in good company. Yet the ruling is a significant win for anyone who believes in free speech, and anyone who believes that the government should not exert its power to favor one side of a contentious social issue, such as abortion.

In the case, NIFLA v. Becerra, the nation’s highest court struck down a draconian California law that was carefully crafted to silence the voices of pro-life pregnancy help centers. Under the law, pregnancy help centers offering medical services were required to direct women to taxpayer-funded abortions.

As if that wasn’t bad enough, for pregnancy centers offering non-medical services, the law required all advertising to contain lengthy disclaimers in a font size larger than the advertisement text itself and in as many as 13 different languages. The resulting advertisement would be hilarious if it did not involve such a serious affront to the centers’ free speech rights.

An amicus brief filed by Heartbeat International depicts how a sample advertisement, seven words in length, would appear under the law. With the required disclosures, the simple three-line advertisement swells to a two-column monstrosity containing over 350 words. The cost of running such a ridiculous “advertisement” for 28 days in the LA Times would be $9,058–a full thirty times more expensive than the intended advertisement, which would cost only $299. 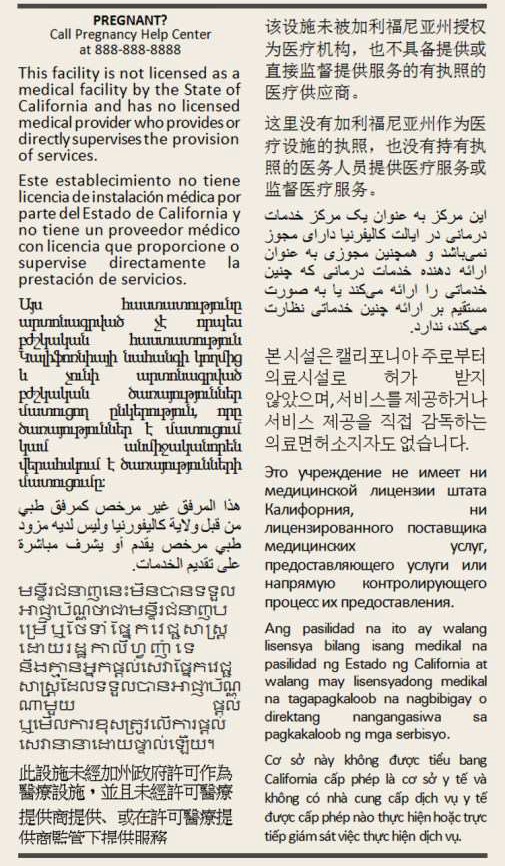 By requiring only pro-life centers to include the costly disclosure in their advertisements, the California law effectively silenced any advertising by pregnancy centers at all. As today’s opinion recognized, “the people lose when the government is the one deciding which ideas should prevail.”

Viewpoint discrimination has no place in a diverse and tolerant society. As Justice Anthony Kennedy’s concurring opinion noted, the California law was designed and structured in a viewpoint-discriminatory manner. By applying the unduly burdensome disclosure requirements to pro-life speakers only, the State of California put its thumb on the scale, silencing only speakers whose speech it didn’t much like.

Tweet This: SCOTUS is right. Viewpoint discrimination has no place in a diverse and tolerant society. #NIFLAvBecerra #givefreespeechlife #prolife

“This law is a paradigmatic example of the serious threat presented when government seeks to impose its own message in the place of individual speech, thought, and expression,” Kennedy writes.

To save its clearly unconstitutional law in oral argument, California’s legal counsel tried to justify the imposition of its own message by claiming that it was simply ensuring that women were aware of all of their options. The state patted itself on the back for its “forward thinking” legislation.

Thankfully, the Court saw through the State of California’s double-speak. Reminding California about “how relentless authoritarian regimes are in their attempts to stifle free speech,” the Court rebuked the state for “forc[ing] individuals to be an instrument for fostering public adherence to an ideological point of view [they] fin[d] unacceptable.”

To be sure, women deserve to know their options and to be supported through their unexpected pregnancies. That’s why today’s decision is so important. If left to stand, this law would have effectively silenced the voices that advocate for the choice of life—and that back that advocacy up with true support for women in need.

Nationwide, over 2,750 pregnancy help centers offer a host of services at no cost to the women, men, and children in their local communities. From medical services such as pregnancy testing, ultrasounds, and STD testing and treatment to practical services such as material aid, parenting classes, and relationship coaching, these centers exist to speak a message of love, support, and hope so that no woman feels alone, abandoned, and hopeless as she journeys through an unexpected pregnancy.