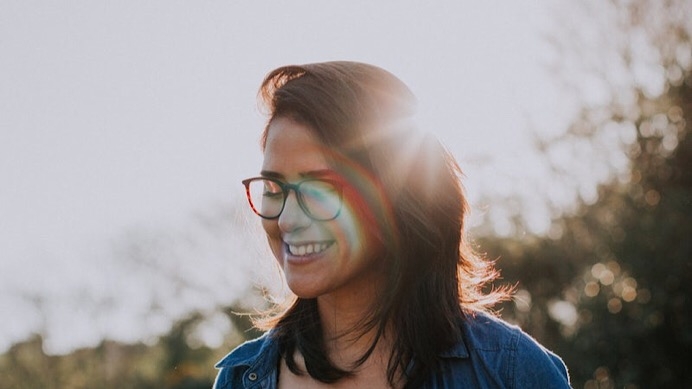 No doubt you’ve seen the coffee mug or bumper sticker, God doesn’t call the equipped; he equips the called. As we labor at saving the unborn and ministering to their distressed mothers and fathers, it’s easy to forget this simple truth—but it’s vital that we remember it.

So often, God seems to choose the least likely candidates for the work He needs done.

Consider Moses, who grew up in the courts of Pharaoh, yet was a Hebrew by blood (see Exodus 2-4). The desire to see his people set free rose within Moses until his inner conflict finally reached a climax. One day, when he saw an Egyptian abusing a Hebrew slave, he took matters into his own hands and killed the Egyptian.

Moses had to flee. He landed on the backside of a desert to herd sheep for the next forty years.

When God appears to him in the form of a burning bush, I’m sure Moses has long since given up any hope of being a deliverer for Israel. The last thing he expects is for God to call him as His representative to speak to Pharaoh.

Frightened by God’s voice, Moses hides his face. When God announces to Moses that He wants him to go to Pharaoh, he asks, “Who am I that I should go to Pharaoh and bring the Israelites out of Egypt?

His first point of resistance is to question his own value.

When God reassures Moses He will go with him, Moses wants to know what he should explain about God and His name and character when he is asked by the Israelites.

His second point of resistance is the fear that he does not know enough about God to represent Him very well.

God tells Moses what to say, and He tells him what the outcome will be –that the Israelite elders will listen to Moses, but Pharaoh will not. But Moses is afraid his own people will not believe he heard from God.

“What if they do not believe me or listen to me and say, ‘The Lord did not appear to you’?

Moses’ third point of resistance is a question based in doubt and fear.

Even after Moses balks in three different ways, God gives him several miraculous signs which will prove to the people that He has spoken to Moses. Despite the fact that his staff turns into a snake and back into a staff again, and his hand becomes leprous and is restored to health, Moses offers one more point of resistance.

“Pardon your servant, Lord. I have never been eloquent, neither in the past nor since you have spoken to your servant. I am slow of speech and tongue.”

This third point of resistance focuses on Moses’ inadequacy.

Not sure if you realize this, Lord, but I don’t have what it takes.

Unbelievably, when God points out that it is He who creates people just the way they are, Moses flat out asks Him to send someone else anyway.

What happens when we try to bow out of God’s call on our lives?

“Then the Lord’s anger burned against Moses.”

Nothing terrible happens to Moses. God simply enlists Moses’ brother Aaron to help him. But Moses has earned the Lord’s ire with all of his excuses and side-stepping.

Here’s the thing: God always uses broken, flawed, imperfect people to accomplish His will. He didn’t call you to pro-life ministry because you’re adequate for this work, but because He is adequate to accomplish it through you.

We think of Moses as a Bible hero, along with others, like David and the prophets and the apostles. Yet each “hero” of the Bible is simply one person with a story about how God worked through them despite their inadequacies and even character flaws.

Moses was not only slow of speech; he was a murderer. So was King David. The apostle Paul was a terrorist. The point of their stories, and so many others, is that God is able to accomplish His purposes through willing vessels regardless of human limitations and personal past histories.

Maybe you’re a pregnancy center director, and you’re struggling with your role due to feelings of inadequacy. Maybe one of your staff members or volunteers is having a hard time believing they are capable for this work.

Maybe you know someone who is considering getting involved in the pro-life mission, but they’re running up against these same mental obstacles:

Who am I, that I should do pro-life work?

I don’t know enough (about God, about this ministry, or whatever) to do this.

Pardon me, Lord, but I don’t have what it takes.

It could be a general sense of insecurity. It could be adopting the world’s mindset as to who is qualified for a given task. It could be guilt from a past abortion.

Whatever stands in your way, today is the day to lay down your feelings of inadequacy, insecurity, and inability at the feet of Jesus.

To paraphrase the Lord’s responses to Moses’ resistances, here’s what He says to you:

I Am that I Am, and I have sent you. I made you exactly how I want you to be.

I will be with you and will teach you every step of the way. Trust Me.

He who called you to pro-life ministry is faithful to equip you for it.