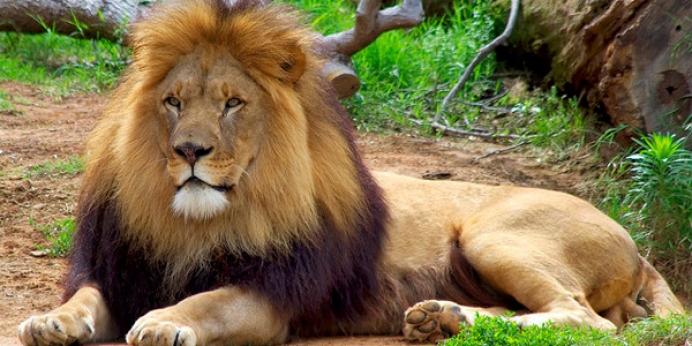 Why the Uproar Over Cecil the Lion?

In spite of what would normally be deemed “newsworthy,” the past two weeks have been consumed with the tragic tale of Cecil the Lion. The hunting and eventual killing of Cecil has created outrage throughout the country.

If only we were as collectively outraged about every one of the nearly 55 million babies killed by abortion in the United States since 1973.

Dr. Walter James Palmer, an American dentist, paid approximately $50,000 to kill a lion on a hunt, he says he believed was perfectly legal. Unfortunately, it turned out that the lion he ultimately shot was Cecil, a protected lion living on a preserve in Zimbabwe who was also part of an Oxford University Study.

As the story goes, Cecil was illegally lured off the preserve that was his home, and shot with a crossbow. The shot only injured him, and he had to be tracked for nearly two days before he could be killed. After being killed, Cecil’s body was skinned and beheaded.  His killers then tried unsuccessfully to destroy the tracking device he was wearing.

Even as the story’s facts were in their infancy, news sources and social media became flooded with anger regarding the killing of the lion and toward Dr. Palmer himself. Soon thereafter, a memorial was set up outside Dr. Palmer’s office and protesters began picketing.

Signs held by various protesters in front of the office building where Dr. Palmer practices dentistry read things such as “ROT IN HELL”, “I am Cecil” and “TROPHY HUNTERS ARE COWARDS”. Due to the enormous negative backlash, Dr. Palmer had to close his office and even take his business Facebook page offline.

Tweet This: The death of #CecilTheLion has brought out plenty of anger. What good will come? #PPSellsBabyParts

Of course, a number of celebrities have also voiced their disapproval of Dr. Palmer’s actions. Betty White is quoted as saying “You don’t want to hear some of the things I want to do to that man,” and Jimmy Kimmel—the esteemed former host of “The Man Show,” even related the hunting to Dr. Palmer’s inability to become sexually aroused.

National outrage has resulted from news of the lion’s death, and it seems only fair to ask ourselves a simple question: Why are we so upset about Cecil the Lion and not remotely as upset about the thousands of babies killed every day by abortion?

Why are we so upset about Cecil?

Are we upset about the fact that Cecil was a protected lion? Cecil lived on a preserve and was part of a study. He was baited and tricked into leaving the safety of his preserve so that Dr. Palmer could shoot him. He then suffered for nearly 40 hours before dying.

Yes, Cecil’s death does strike a chord with us because he was supposed to be protected. A trust of his protection was violated when he was lured out of the protection of his reserve.

Is it the loss of Cecil on account of his innocence, beauty, or power that is causing so much anger? Cecil, it seems, was an innocent animal who hadn’t hurt anyone. As king of the jungle, Cecil possessed an astonishing amount of awe-inspiring beauty and undeniable strength, given to him by his Creator.

Consider again, the epitome of innocence in the face of a child—born or unborn. Ponder how unspeakably beautiful each one is, as she reflects the qualities of not only her mother and father, but of her Maker Himself. Think of how quickly each child develops strength and ability—from the very moment of conception.

Perhaps it’s the money associated Cecil’s death that leaves a bad taste in our mouths. Dr. Palmer paid around $50,000 to hunt and kill the trophy lion.

And yet, this $50,000 sum is less than half of what one Planned Parenthood affiliate in Houston is estimated to make each month on the distribution of body parts—hearts, livers, limbs, eyeballs. This is to say nothing of the regular cash flow abortion businesses make every day from the procedure itself, nor of the $500 million Planned Parenthood receives in tax revenue every year.

Tweet This: If only #CecilTheLion's life wasn't dependent on the #choice of another. #DefundPP

All in all, the killing of Cecil the Lion is a tragic event. This magnificent animal lived out his last days in pain before becoming a trophy on someone’s wall. The way his life ended was not only sad but also, it seems, illegal.

But, we have to put this event in perspective.  Cecil was one lion.