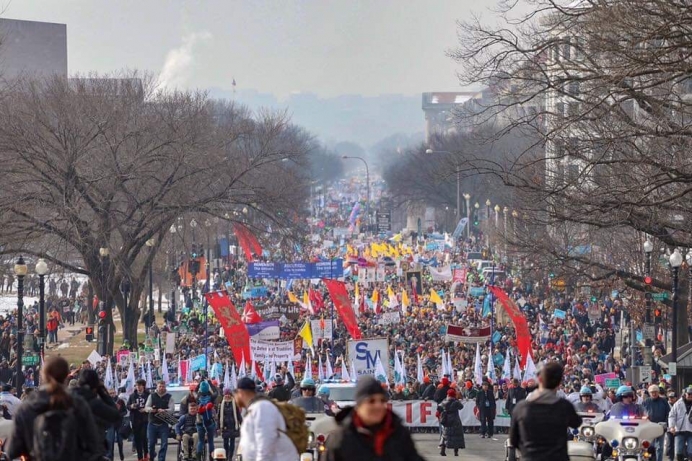 I watched last week’s whirlwind of activities in Washington, D.C. from my hometown in rural Idaho (or North Idaho, as we say out here).

From the March for Life to the Women’s March to a highly-publicized altercation involving at least three people groups, it appeared the nation’s capital experienced a perfect storm of clashing ideologies.

Maybe it’s that way on any given day, and I’m too far removed from it to realize that.

In any case, I’ve been reflecting on the ramifications of these events, both for Christians in general and for the life-affirming movement in particular.

From the photos and footage I saw, one group communicated a message of hope, peace, and love; the other, not so much.

However, what captured my attention beyond the difference between the two marches was the incident which involved a group of Black Hebrew Israelites, a group of students from a Catholic high school, and a group of Native Americans led by a tribal elder.

If you followed this story at all, maybe you got as confused as I did. It became quite a convoluted puzzle as far as who did what to whom, since the noise of outrage on social media drowned out the facts.

I’m not sure we’ll ever get to the bottom of exactly what happened, because videotapes are not the same as eyewitnesses, and frankly, everyone who was videotaped is highly motivated to defend themselves.

Then there’s the aspect we don’t want to admit to ourselves—that prejudice one way or the other can get in the way of listening to people’s stories and of doing right by all parties involved.

Here’s what this all boils down to in pro-life terms: Human beings are image-bearers of God. It makes no difference whether they are black, white or Native American, old or young, male or female, born or unborn.

The issues coming to a head in Washington last week were all Imago Dei issues. 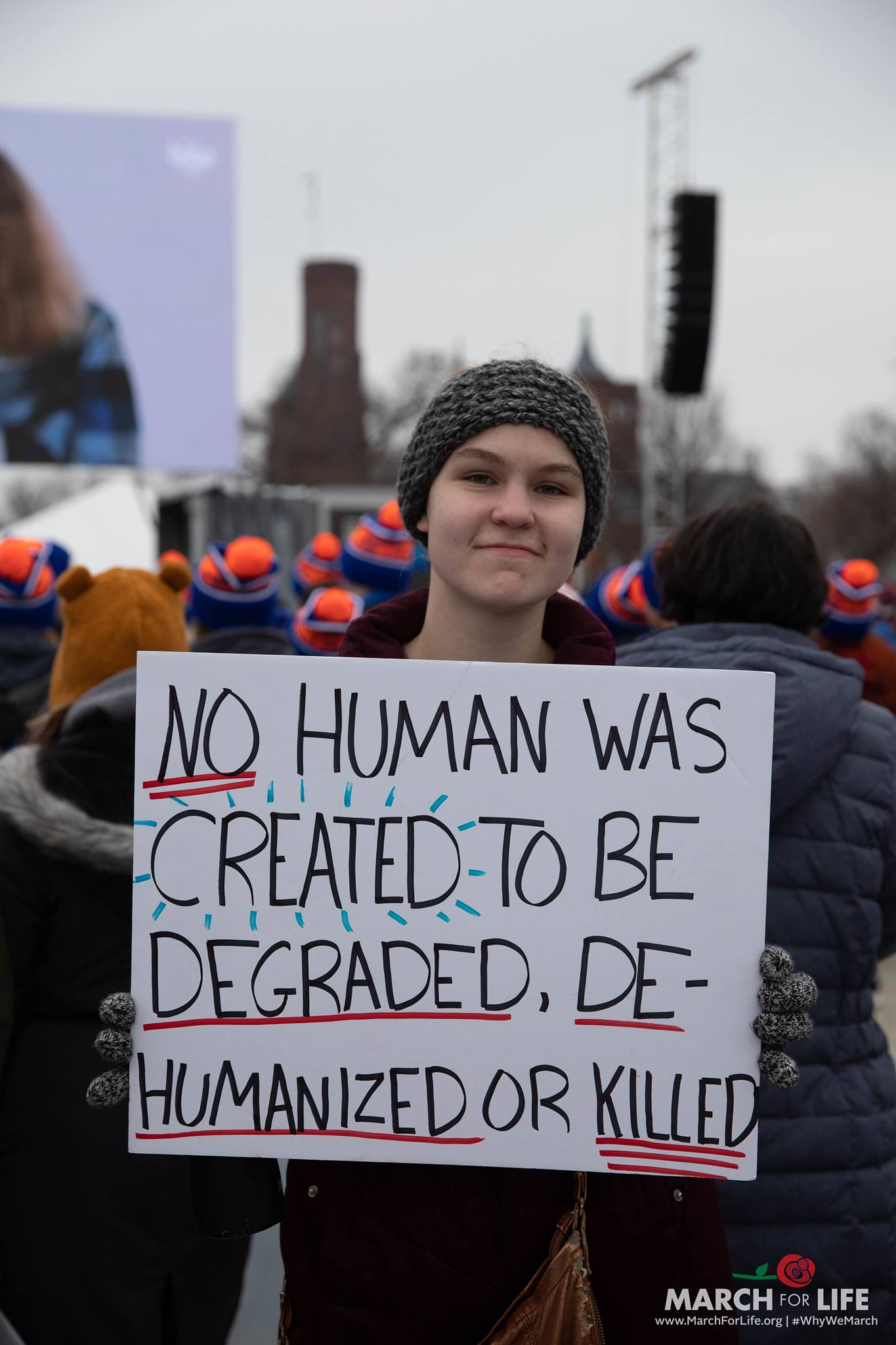 In other words, if indeed humankind is created in the image of God, and we all share the same intrinsic worth and dignity bestowed by Him, then what does that truth look like, boots on the ground?

Those of us in the life-affirming mission must uphold a consistent pro-life ethic in every area of life.

I’m not suggesting we should get involved with every related cause; we certainly have enough work to do specifically on behalf of the unborn, and this is what we are called to do.

That said, our pro-life, pro-human ethic should color our conversations and interactions in every sphere. We are those with the opportunity to spread the fragrance of Christ among all kinds of people.

We are life-affirming not just because it is the right thing to be, but because we love God, and He wants to love all people through us.

It’s the love of Christ I see radiating from the faces of the people holding signs at the March for Life. It’s the love that reaches out to hurting women and men day after day in pregnancy centers across the nation and the world.

We love others because God first loved us, and in Him, our love becomes supernatural. We don’t shrink back due to cost or risk.

With this love in our hearts, we mourn and grieve over the bill which passed in New York. We intercede before God on behalf of our nation and its children.

We allow God to prick our consciences in areas where we need to grow. We acknowledge that being right is less important than loving others well.

Christ’s love makes it possible for us to reach out to those who are radically different from us in their viewpoint or lifestyle. It motivates us to listen to people’s stories (with an especially-tuned ear if their people-group is marginalized).

Jesus always sought out those whom others pushed to the margins.

Here’s my takeaway from the events of last week: If I’m pro-life, I’m pro-human. I honor the elderly. I pay attention to those who have suffered unjustly in our nation’s history. I respect their traditions.

Tweet This: "Here’s my takeaway from the events of last week: If I’m #prolife, I’m pro-human." - @SusanneMaynes

One day, we will join a great throng in heaven, “…people from every nation, tribe, people and language, standing before the throne and before the Lamb.” (Revelation 7:9) We will all stand together, worshiping God without a trace of suspicion, enmity, or division.

Until that day comes, let’s continue in the good work of the life-affirming, love-affirming mission, one conversation at a time.