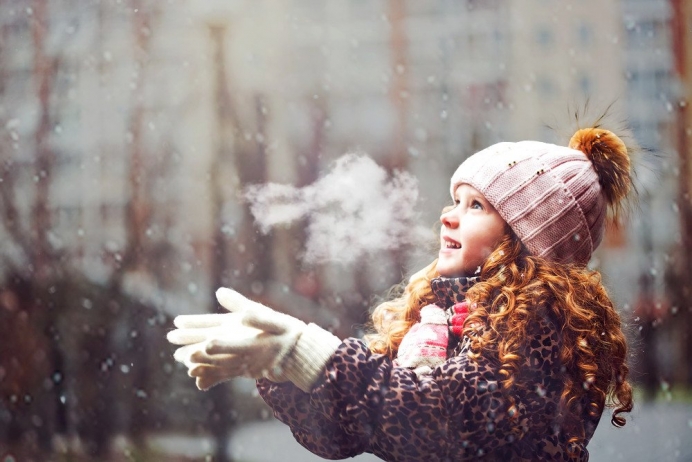 What Imago Dei Means to Our Life-Saving Work

If you go outside on a chilly morning, you’ll see your breath float up toward the heavens. But observe a dog or a horse on a cold day, and you’ll see their breath fall toward the ground.

Doubtless there’s a scientific explanation for this phenomenon. Something about the percentage of various gases exhaled by different species of mammals, perhaps.

Often the essential truth is less about grasping the facts and more about embracing the poetically expressed reality behind the facts.

For that matter, why did He create man in such a way that he walks uprightly on two legs all day long—something no animal can comfortably manage?

Why did He make us capable of planning the future, and of using vastly complex patterns of communication called language to express our thoughts and feelings?

Why did He create human babies to be helpless for such a long time compared to the young of animals, who can often run within hours of birth?

The differences between humans and animals point to a vital truth: Mankind was created in God’s image, whereas the animals were not.

So human breath drifts upward toward the heavens, poetically depicted in Scripture as the dwelling place of God.

Men and women walk uprightly, their heads held high, with an inherent dignity not possessed by animals.

We reason and talk. We plan and create.

Parents forge a bond with their children during the course of their growing-up years—a bond which involves much more than mere survival.

Human beings are made in God’s image. Theologians call this imago Dei, Latin for “image of God.”

Imago Dei is the reason that the work of pregnancy centers is so vital.

There are countless causes we could devote ourselves to—rehabilitating dangerous dogs, cleaning up the environment, rescuing oil-soaked pelicans, and so forth.

There’s nothing wrong with any of these endeavors. God cares about all of His creation.

But the care and concern which our heavenly Father extends toward people is on an entirely different level than the general care He provides for the rest of His creation.

“Then God said, ‘Let us make man in our image, after our likeness. And let them have dominion over the fish of the sea and over the birds of the heavens and over the livestock and over all the earth and over every creeping thing that creeps on the earth.’  So God created man in his own image, in the image of God he created him; male and female he created them.” (Genesis 1:26, 27)

Tweet This: Imago dei is what makes #prolife work, centers so crucial. @SusanneMaynes

Only mankind was uniquely fashioned to reflect God.

Only Adam was brought to life by the very breath of God (Gen 2:7), and then differentiated into male and female by a special surgery performed by the Creator (2:21, 22).

From the beginning of Genesis, mankind is central to the story of God. God had already created angels and many other creatures—but He reserves a special relationship for His image-bearers.

When sin entered the picture, God already had a rescue plan—a plan which would cost Him dearly, but which was the only remedy for sin.

In the Old Testament, animals were used as sacrifices for sin. This lasted until—and pointed toward—the once-for-all sacrifice of Christ. Jesus’ death and resurrection made it possible for human beings to once again enjoy friendship with a holy God.

(Even the temporary system of animal sacrifice demonstrates a fundamental difference between the value of an animal and the value of a human being in God’s eyes.)

The gospel will ultimately cause all of creation to be renewed—but the gospel’s primary effect is to restore broken humanity back to the Creator.

So here we are, living in the already/not yet tension.

Our culture cries out that we should save the whales, yet enables a woman to legally end the life of her preborn baby.

Some time ago in California, a female cougar was shot after killing a woman. The public outcry of concern for the cougar’s kits far outweighed any empathy for the woman’s children.

That’s the ugly outcome of today’s mantra, “Animals are people, too.”

Pregnancy centers gently step into the fray and walk out the truth of imago Dei.

We believe human beings are endowed with unique dignity and worth simply by virtue of being created in the image of almighty God, unlike any other creature.

We do this life-saving, soul-saving work because we know God has a special love for people. We know He paid a great price to restore our relationship with Him.

“When I look at your heavens, the work of your fingers, the moon and the stars, which you have set in place, what is man that you are mindful of him, and the son of man that you care for him? Yet you have made him a little lower than the heavenly beings and crowned him with glory and honor.” (Psalm 8:3-5)

Animals are not people, too. People bear the image of God. People are the crown of creation.

That’s why we work to save human lives, from conception on.