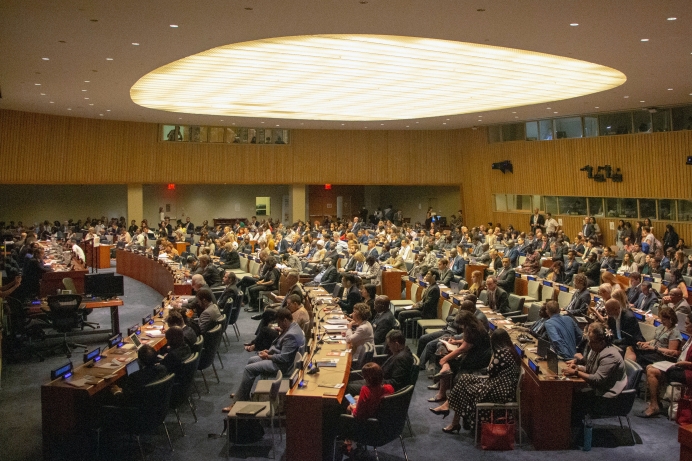 In the case Dobbs v. Jackson’s Women’s Health, the U.S. Supreme Court may be on the verge of overturning the landmark abortion case Roe v. Wade that made abortion a Constitutional right in America. The case examines a 15-week abortion ban but plaintiffs’ brief asks the Court to overturn Roe v. Wade.

In a just-released amicus brief, UN experts have told the U.S. Supreme Court that such a ruling would violate human rights law, in what is the first ever intrusion of this kind in U.S. legal debates by a UN mechanism.

“The United States would contradict international human rights law by overturning its established constitutional protections for abortion access,” the experts say in their brief. Abortion is “necessary for women’s autonomy, equality and non-discrimination,” they argue.

The experts disagree with other briefs, including one submitted by C-Fam, publisher of the Friday Fax, that argue unborn children were never intended to be excluded from the “right to life” that appears in human rights law. “The right to life emanating from human rights treaties does not apply prenatally,” they claim.

The UN experts do not cite U.S. Supreme Court precedent, the U.S. Constitution, or any of the provisions of UN human rights treaty ratified by the U.S. government to support their claim that abortion is an international right. Instead, they cite the non-binding opinions of other UN experts.

“Over time, States and human rights bodies clarified that human rights treaty obligations encompass the reproductive rights of women and girls, including safe and legal abortion access,” they explain.

The brief argues that “protections for abortion access are necessary to fulfill the rights to equality and non-discrimination, life, privacy, health, and freedom from torture, cruel, inhuman and degrading treatment, as well as freedom from gender-based violence, among other rights.” Any prohibition on abortion access would result in a violation of these rights, according to the UN experts.

The experts also speculate that following a reversal of Roe v. Wade “many U.S. states will implement bans or near-bans on abortion access that will make individual state laws irreconcilable with international human rights law.”

Tweet This: UN human rights tell the U.S. Supreme Court that, “The right to life emanating from human rights treaties does not apply prenatally.”

The lead author of the brief is controversial South African abortionist Tlaleng Mofokeng who, following her UN appointment in 2019, came under scrutiny by anti-trafficking and child protection organizations for her promotion of legal prostitution as “sex work” for teen girls.

Though the experts claim the “privileges and immunities” afforded by diplomatic conventions in a disclaimer at the beginning of the brief, they were also transparent in acknowledging that their position was not supported by the United Nations itself.

“Authorization for the positions and views expressed herein, in accordance with the independence of the amici’s positions and respective mandates, was neither sought nor given by the United Nations, including the Human Rights Council, the OHCHR, or any of the officials associated with those bodies,” the brief says.