The United Kingdom’s government has enacted a policy with the stated intent of encouraging families to consider financial implications before having more than two children and the goal of reducing poverty, but it has not succeeded and the end result thus far has also meant pressure for families in need to resort to abortion.

The goal of the policy change was to get parents “to think carefully about whether they can afford to support additional children.”

Parents who are not working would be incentivized to work, and parents already working would work more hours. The hope was the policy would reduce the need for government financial help, cutting the spending budget and helping families in poverty make decisions to lift them out of poverty.

In reality, the UK government's "Two child limit in Universal Credit and child tax credits" is a way for the government to influence the family size of disadvantaged families.

Tweet This: In reality the "Two child limit in Universal Credit & child tax credits" is a way 4the govt 2influence family size of disadvantaged families

The Work and Pensions Committee gave a report in 2019 stating that:

“We have seen no evidence that the two-child limit is working in the way the Government hoped for… A whole host of expert organisations, including the Institute for Fiscal Studies, have predicted that the two-child limit will lead to significant increases in the numbers of children living in poverty, and will push hundreds of thousands of children even deeper into poverty. These effects will be felt more severely in communities which tend to have larger families...But the two child limit not only fails to achieve the Government’s own objectives, but has unintended consequences that no Government should be willing to accept.”

The pro-choice organization British Pregnancy Advisory Service (BPAS) found evidence that the policy is disproportionately affecting women who already have two children, causing them to be about 5-10% more likely to get an abortion than carry to term compared to women who have no children or only one child.

Additionally, BPAS has found that in 2020 specifically, during the COVID-19 pandemic, women who already have two children and who are aware of the two-child policy were more likely to get an abortion than carry to term due to feeling backed into a corner financially. 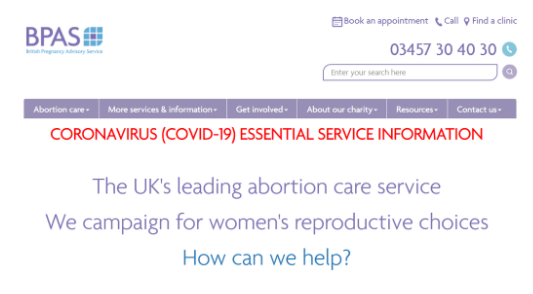 When even a pro-choice group which openly advocates for easier access to abortion thinks a government policy is bad because it influences women to choose abortion, the policy must be pretty bad. In fact, the policy flirts with eugenics by implying poorer families should have fewer children.

The Child Poverty Action Group (CPAG) showed that families with two or more children already had one or both parents working, so the policy has not changed that trend. CPAG argues the policy ensures only wealthy families can have government approval to have more than two children.

Many parents have spoken out about the detriment of the two-child limit and other government benefit caps.

A dad of three told CPAG, “At the end of the day we have three children, the third child exists whether the government acknowledges the third child or not. It is pushing more children into poverty - us included.”

A mother told BPAS, “If there was no two-child limit, I would have kept the baby, but I couldn’t afford to feed and clothe it … I’ve really struggled to come to terms with my decision.”

The two-child limit to government tax credits or assistance in the UK is not having the outcome the government desired when they put the budget reform into effect.

Heartbeat International has a worldwide directory of pregnancy help organizations, with many locations in the UK.

The pregnancy help movement is here for women, families, and children. No one should feel pressured to have their child killed in abortion because they are fearful of not being able to provide food and basic necessities for them.

Tweet This: The pregnancy help movement is here for women, families, and children. No one should feel pressured to have their child killed in abortion.