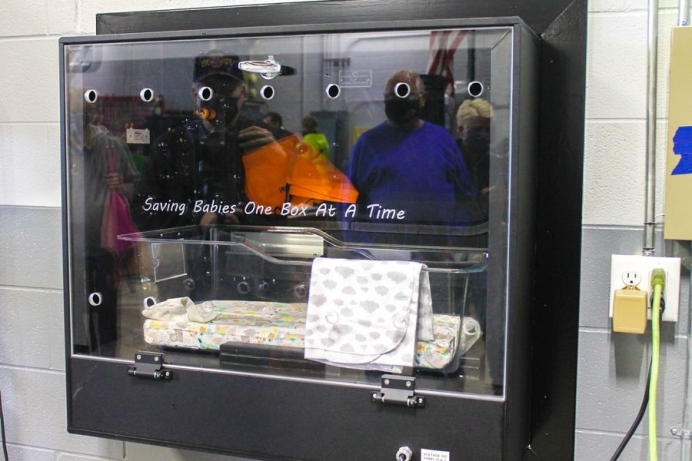 'We want the mother involved to know that this infant will be taken care of, will be loved, and will have a great life,' the Schererville Fire Department promised.

(LifeSiteNews) On the morning of Tuesday, July 5, the newborn girl was placed in the Safe Haven Baby Box beside the Schererville Fire Department.

“Just a little over a year after its dedication, the Safe Haven Baby Box at our Fire Station #2 was put to use last night,” a Facebook post read.

“A newborn infant girl was safely surrendered Tuesday morning July 5th. The newborn was checked out by our Paramedics and taken to a local hospital for precautionary evaluation,” it added.

“We want the mother involved to know that this infant will be taken care of, will be loved, and will have a great life,” the post promised.

The Indiana Safe Haven Law permits a parent to “safely and anonymously surrender a healthy infant under 30 days of age without fear of criminal prosecution.” After being evaluated at the hospital, Indiana Department of Child Services will take custody of the baby.

Tweet This: A newborn baby girl was placed in the Safe Haven Baby Box beside the Schererville, Indiana, Fire Department on July 5

These boxes will become especially important as new pro-life legislation will likely lead to an increase in births as the U.S. Supreme Court recently overturned Roe v. Wade, ending nearly 50 years of nationwide abortion-on-demand and once again allows states to protect unborn life from the moment of conception.

In Indiana, a ban on dismemberment abortion took effect on July 8 after a federal judge lifted an injunction placed on the law in 2019.

Indiana Gov. Eric Holcomb and Republican lawmakers have said they plan to address abortion during a legislative session that was supposed to begin July 6 but has been postponed to July 25. A total or near-total ban is expected.