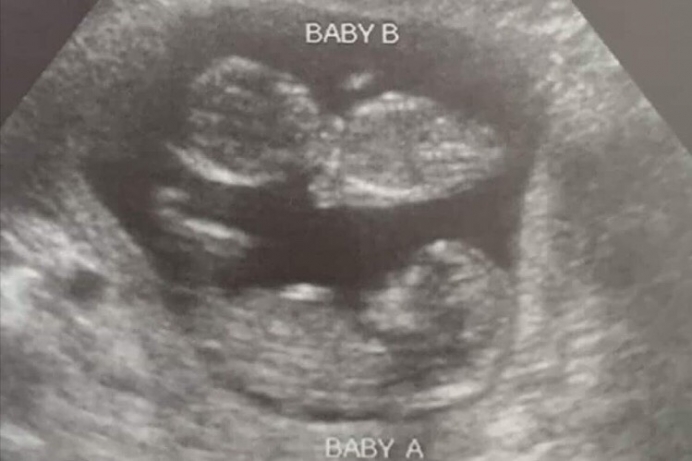 Physician Brent Boles is taking the internet by storm once again with a Facebook post about a pregnant patient whose chemical abortion failed to take the life of not one, but both of her unborn children.

Pregnant with twins, the patient didn’t know she was expecting more than one baby until after she’d already begun the chemical abortion pill regimen.

In a Facebook post made this week, Boles shared the following, along with a glowing picture of the unborn twins:

I have this patient’s permission to share her story. She had an unplanned pregnancy. She went to Planned Parenthood in Knoxville (since the one in Nashville still was in its period of ‘quality improvement’ and wasn’t seeing abortion patients) and had her ultrasound. They asked her if she wanted to know the details and she said yes.

She asked if there was a heartbeat. She was told, at an age between 7-8 weeks, that ‘there is cardiac activity but it’s too early to call it a heartbeat.’

Problem #1: that is a load of hogwash. If the heart’s activity is visible, there is a heartbeat. There is no medical literature that says otherwise.

Why would they handle it that way? Because acknowledging in layman’s terms that there is a heartbeat makes the patient less likely to go through with the abortion. So, once again, they are willing to lie to women to get their money.

Problem #2: they didn’t tell her that she was having twins. Either their sonographer was incompetent, or they once again lied since they know that a woman who finds out that she’s having twins may have a harder time with the thought of aborting two babies instead of one.

In its age-old war against pro-life pregnancy help centers, the abortion lobby has falsely claimed that the ultrasound services provided by life-affirming medical clinics aren’t regulated and “give people inaccurate results.” And yet, as Boles points out in his latest post, Planned Parenthood did just that with his patient, failing to notify her that she was carrying two bodies within her body, lying about their heartbeats, and displaying utter incompetence.

Boles, who is a member of the Abortion Pill Rescue Network, told Pregnancy Help News that his patient originally came to him through the group’s 24/7 helpline (877-558-0333). She had found the helpline after returning to Planned Parenthood for a follow-up appointment and discovering that she was still pregnant. Because Planned Parenthood had no help to offer her, she left and searched the web before landing on AbortionPillReversal.com.

Abortion Pill Reversal, which has saved more than 500 babies to date, works by giving pregnant women additional progesterone, a natural hormone that sustains a healthy pregnancy. In the case of a twin pregnancy, a woman’s body produces more progesterone to nurture both babies.

In evaluating his patient and the twins, Boles determined that extra progesterone via Abortion Pill Reversal wouldn’t be necessary this time around.

The twins are not the first babies to be safeguarded from abortion with Boles’ assistance. Last fall, Boles shared a stunning photo of a baby he delivered after another patient sought out Abortion Pill Reversal. That post has been shared more than 7,000 times since November.

Boles’ latest post comes as Abortion Pill Reversal contacts are on the rise, and as more state pro-life groups are pursuing legislation to make information on Abortion Pill Reversal available to women through the informed consent process before an abortion. It also comes as the Irish government is warning women that there is “no such thing” as abortion reversal.

Boles says his most recent patient and her twins are in great health and concluded with stinging words on Planned Parenthood’s massive failure to provide actual help the trio in their hour of need.

Today, [the patient]’s more than 12 weeks and is very happy. Both babies, and mom as well, are going to be fine.

And once again, we see that Planned Parenthood lies, and demonstrates that their clinical acumen is sadly lacking when it comes to diagnostic studies in women’s health care.