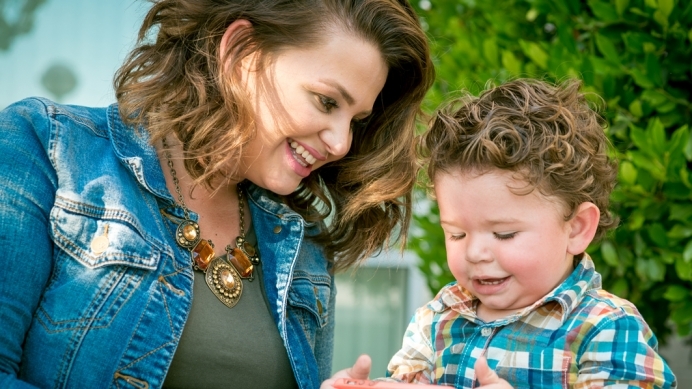 Rebekah Buell Hagan and her son, Zechariah, who she rescued through the Abortion Pill Reversal in 2013. Photo Courtesy: Focus on the Family

Contrary to data, evidence, and basic medical ethics, the Irish government has taken a wildly anti-choice stance on an overwhelmingly successful protocol which has saved the lives of more than 500 babies to date.

That protocol, known as Abortion Pill Reversal (APR), is responsible not only for saving the lives of hundreds of babies, but also for empowering mothers in choosing life, even when all hope seems lost.

Developed by physicians George Delgado and Matthew Harrison in 2007, the treatment has now been shown to have a 64-68 percent success rate when used 72 hours after taking the first pill in the two-pill chemical abortion regimen.

Despite its success, the Irish Department of Public Health is warning women that there is “no such thing” as abortion reversal, adding that attempts to undo an abortion could result in either a miscarriage or an unhealthy outcome for the pregnancy.

The hideously tragic irony is that both of those are the intended result of performing a chemical abortion in the first place.

Abortion is an “unhealthy outcome” for a pregnancy. And although the two are fundamentally different (the one an unintended tragedy, the other an intended one), miscarriage and abortion bring about the same result.

So why prevent a woman from at least attempting a reversal if there is even the slightest possibility of saving a life?

Abortion Pill Reversal poses no harm to the woman undergoing the treatment since progesterone, the hormone used in APR, is naturally produced by the female body to sustain a healthy pregnancy anyway. Furthermore, since the 1950s, progesterone has been used with FDA approval to help prevent miscarriages in women with low levels of the hormone.

Additionally, the American College of Obstetricians and Gynecologists (ACOG) has stated that mifepristone, the first pill in the chemical abortion regimen, poses no direct harm to the baby. “No evidence exists to date of a teratogenic effect of mifepristone,” says a Practice Bulletin from the organization dated March 2014 and reaffirmed in 2016.

In other words, it does not appear that mifepristone, RU-486, causes birth defects.

Nevertheless, Irish Minister for Health Simon Harris, who’s been responsible for the rollout of Ireland’s new abortion law, has piled onto the government’s disparagement of the treatment, describing efforts to inform women about Abortion Pill Reversal as “offensive and entirely unnecessary.”

These words are more properly reflective of the Irish government's sycophantic support for abortion.

Since a chemical abortion can cause years of trauma and heartbreak to the woman who undergoes one, Abortion Pill Reversal is, in fact, entirely necessary for women to know about.

Since abortion takes the life of a precious, unrepeatable human child, Abortion Pill Reversal is entirely necessary for women to know about.

What’s offensive is how the Irish government, in its hurried pro-abortion overhaul, is barring women from the very thing Ireland now claims to hold most dear: choice.

Tweet This: The Irish government is barring women from the very thing they claim to hold most dear: choice. #APRsaveslives

In the 46 years since Roe v. Wade was decided, Americans have become hauntingly familiar with what it means to erase an innocent life. Generations of women and men have learned the painful lessons of abortion-on-demand and bravely told their stories time and time again.

While Ireland has been quick to follow America's tormented track to legalized abortion, the once ardently pro-life country has turned a blind eye to these lessons in human suffering and how Americans have learned to respond to it. Now, they are actively seeking to regulate our methods out of existence.

Harris, the minister for health, has threatened to force pro-life pregnancy help centers to provide information on abortion to their clients, and by this summer, he hopes to have drafted legislation that would smother pro-life speech outside of abortion facilities—a measure which would inhibit pro-life volunteers from helping women with information about Abortion Pill Reversal or directing  them to a life-affirming pregnancy help center.

Harris said efforts by the U.S. pro-life group Sidewalk Advocates for Life to approach women and talk to them about their options is “manipulative and it’s deeply disrespectful of our democratic process.”

“The idea that anybody, but particularly outside groups would be trying to undermine our democratic decision and effectively, in my view, harass and intimidate Irishwomen is something that is quite despicable and shows why we need to get on doing what I intend to do regarding safe access zones, that piece of legislation is a priority for me,” Harris told RTE Radio 1.

But what is democracy without the free exchange of ideas, especially those you most disagree with?

Ireland wanted the West’s abortion laws but not its legacy. Abortion Pill Reversal, pregnancy help organizations, and sidewalk counseling are all a part of that legacy.

They offer choice to women who believe they have none. They offer a candle of hope in the darkness of despair. If Ireland is to truly take on the grave responsibilities of “choice,” they will let this candle burn and resist the temptations of pro-abortion extremism.