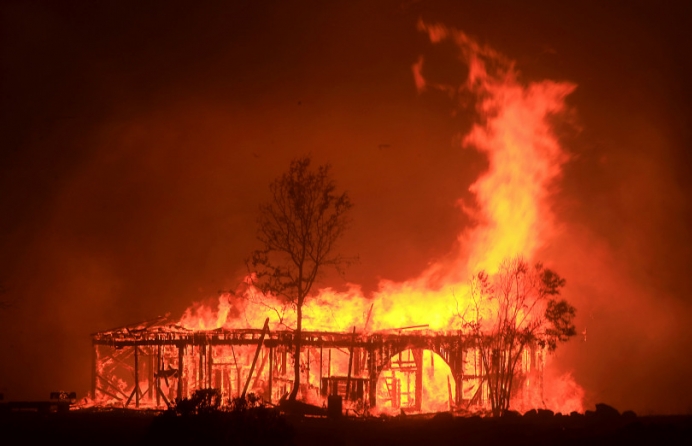 Fires raging throughout California have destroyed over 2,000 homes and businesses.

As fires continue to sweep through much of California, the structure of a pro-life pregnancy center in Santa Rosa has stayed out of the path of the destructive Tubbs fire, but at least seven of the center’s staff, volunteers and supporters have lost their homes in the blaze.

Consuming over 35,000 acres by Monday night—just 24 hours after it started—the Tubbs fire in Sonoma County was one of several in Northern California that has destroyed 2,000 homes and businesses after rapidly growing Sunday night and Monday due to winds of up to 50 miles per hour.

Jackie Maker, interim executive director for Bridges Pregnancy Center and Care Center in Santa Rosa, told officials at Heartbeat International that while her staff and most of her volunteer team is accounted for in terms of safety, everyone is in temporary housing—including seven families whose houses were total loses in the flames.

While no one from the team had been able to return to the center by Tuesday, Maker said she hopes to get there as soon as she can to start distributing resources including diapers, baby clothing and baby food to emergency shelters in the area.

“It is so hard to not be able to serve clients who had appointments for our services this week,” Maker said. “Please pray that God would send support to these vulnerable individuals wherever they are finding shelter this week. We are trusting our great, big God today and believing His word.”

Without access to the center, Maker is having Bridges’ incoming calls routed through Option Line, Heartbeat International’s 24-7 pregnancy helpline that answers over 1,000 contacts daily.

While Maker and her team fight to get back on their feet and serving their community, Marin Pregnancy Clinic executive director Robin Strom—30 miles south of Santa Rosa—said some of her center’s supporters had their homes destroyed by the fires, but the homes of her staff and volunteers were safe.

“It’s so bizarre because you don’t usually get wildfires in populated areas,” Strom said. “With the wind, you just don’t know.”