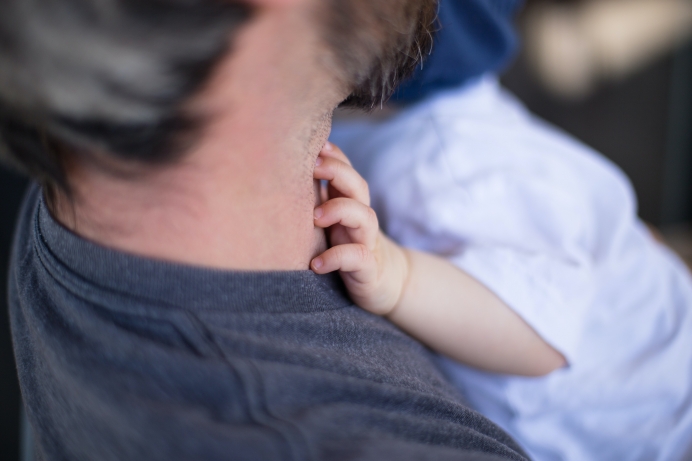 This Father’s Day, let’s pray for men who have been hurt by abortion

“Zack” came to our pregnancy help clinic to seek help and support for his girlfriend, who was too depressed to come in.

“She told me she’s going to have an abortion,” Zach explained. “This happened to me before with a different girlfriend.”

His voice tight with helpless anger and sadness, he concluded, “What I’ve always wanted more than anything is to be a father.”

“Ethan” came into our center a few times with his pregnant girlfriend “Emma.” Then one day he came alone just to talk.

“I want to marry Emma. I want to spend the rest of my life with her. But her family doesn’t like me and so she broke up with me. And now she had a miscarriage.”

Ethan was grief-stricken at losing both his relationship with Emma and his baby.

Later, Emma confessed she’d had an abortion. I’m not sure if she ever told him, or if he figured out what really happened.

Either way, Ethan was left picking up the pieces of his broken heart.

“Brandon” and “Olivia” fell in love quickly and got married. Soon Olivia was pregnant. The two were excited and happy as two lovebirds could be—or so it seemed.

After a short time of married bliss, Brandon began to behave abusively. Just as quickly as she had married him, Olivia divorced Brandon, left town, and had an abortion.

I spoke with him at length, offering what support and comfort I could. He accepted prayer and was grateful for it.

I believe our conversation allowed him to feel accepted and loved despite his wrong behavior, offering him a sense of hope.

I wish I could have done more for Brandon. For Ethan. For Zach.

These true stories, and many more, illustrate an often-overlooked truth about the life-affirming mission: although the legal right to terminate pregnancies gets conflated with women’s rights, abortion is about human rights.

I understand that many women seek abortion out of desperation arising from difficulties in their relationship with the baby’s father.

He won’t support me.

Or sometimes even, I don’t know who the father is.

Early feminists like Susan B. Anthony did not see abortion as a right or even a benefit for women.

Rather, they saw abortion as a means for men to escape the consequences of their selfish actions, leaving women to deal with the aftermath of abortion.

There is another side to this picture.

Men who pressure women into abortions, perhaps even paying for them, are not off the hook emotionally. Just like for women, what looks like a short-term simple solution turns out to be a Pandora’s box full of troubles.

In addition to the hidden, unnamed pain faced by countless post-abortive men, there’s the anguish and bitterness of those who, like Zach, Ethan and Brandon, could do nothing to rescue their own children.

By making abortion a female issue, we strip men of the ability to protect their own preborn sons or daughters—and we fail to recognize that abortion hurts men as well as women.

In their seminal work, "Fatherhood Aborted," the late Guy Condon and co-author David Hazard describe some of the issues which can arise for men following an abortion decision.

The aftershocks of abortion for men may include violence, addictive behaviors and isolation.

Post-abortive men may struggle with deep-seated guilt and shame. They may find themselves constantly comparing themselves to “good men” and falling short.

They may resist authority figures like bosses, or have trouble emotionally connected with their families.

As difficult as it is for women to connect the dots between symptoms like depression, substance abuse, and suicidal ideation with the reality of a past abortion, it is that much more difficult for post-abortive men to recognize the root of their troubles.

Yet the despair and chronic grief from a past abortion decision haunts a significant segment of the male population.

As we celebrate this Father’s Day, let’s be prayerfully compassionate toward the many hurting fathers in our midst.

Tweet This: As we celebrate this Father’s Day, let’s be prayerfully compassionate toward the many hurting post-abortive fathers in our midst.

Some were key players in a regrettable decision. Others suffer because they were given no voice in the matter.

There is hope to be found for these fathers in Christ.

“Patrick” came to our clinic seeking help for an abortion decision he made many years prior.

He had pressured his girlfriend into the decision, and the guilt and remorse of that action still haunted him decades later.

Patrick completed a post-abortion recovery program with a male mentor at our clinic.

It was wonderful to hear of a troubled father finally receiving forgiveness and peace—and to know the son he lost to abortion was given a name.

Father in heaven, we lift up the men among us who have participated in abortion decisions. We ask that they find forgiveness and freedom by receiving Your steadfast mercy and love, and that they in turn become agents of healing to other men.

We also pray for the fathers who desperately wanted to save their children from abortion but were helpless to do so. Free their hearts from the chains of bitterness and help them release their burdens to You. Give these fathers the gift of Your peace this Father’s Day.

In Christ’s name we pray,