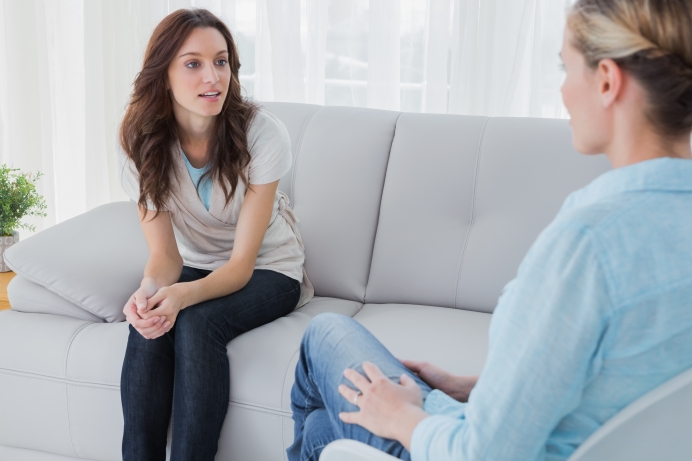 The Shocking, Life-Saving Power of Humility

The nervous 18-year-old girl sat close to her boyfriend, clinging to his hand as though it were a life preserver.

“If my parents find out I’m pregnant,” she said. “They’ll kill me.”

Having spent 10 years helping women as they wrestle with pregnancy decisions, I’ve heard this phrase countless times. Most women do not pursue abortion lightly. They consider it because they feel desperate.

Here are a few more dilemmas I learned about in the client room of a pregnancy center:

“My mom said she’d throw me out of the house and cut off my college money if I ever got pregnant.”

“This baby isn’t my boyfriend’s. We had a fight and I spent the night with an old friend. Now I won’t be supported by either of them.”

“I’m a single mom and I barely make ends meet for the three kids I already have. I can’t have another baby.”

“My parents have custody of my toddler.  I’m afraid if they find out I’m pregnant again, they’ll never let me see him.”

“I have severe back problems. My doctor said if I have this baby, I will probably spend the rest of my life in a wheelchair.”

The circumstances surrounding unplanned pregnancies are often shockingly difficult. Ministering to those considering abortion requires a great deal of empathy.

In his January 2016 sermon on the sanctity of human life, Matt Chandler mentions a tell-tale symptom of a lack of empathy: when we ask a question that begins with “Why don’t they just…” we demonstrate a lack of compassion.

We make judgments from a place of privilege. We don’t take into consideration the frame of reference from which the other person operates—their history, their environment, their challenges.

In other words, we fail to understand their story.

When we ask, “Why don’t they just make an adoption plan?” we don’t factor in the fear and shame a woman faces by carrying a child she plans to “give away.”

When we ask, “Why don’t they just stop sleeping around?” we fail to understand the low self-value and lack of hope for the future that so many young women experience today.

If our background is middle class suburbia, we must be careful of uttering thoughtless questions downward from the perch of privilege rather than from a graciously low position of empathy.

Here’s the thing: the young woman we are trying to help may have been raised in generational poverty. She may not have benefitted from the presence of her father in her life, let alone had a chance to observe a healthy marriage between her parents.

Given the postmodern culture which influences her, she may have little or no understanding of godly morals.

Tweet This: No matter where a person's story is heading, the gospel has the power to change everything. @SusanneMaynes, #GospelTruth #prolife

To this young woman, offering herself sexually to a man who is reasonably kind to her seems like a fair exchange for a relationship. If she’s lucky, from her perspective, he won’t hit her or go to jail too often.

Plus, her kids will have a father figure … at least for a while.

Amidst this tragic madness, how can we reach out to offer compassion and truth to those considering abortion?

Jesus himself is our example.

Let each of you look not only to his own interests, but also to the interests of others.  Have this mind among yourselves, which is yours in Christ Jesus, who, though he was in the form of God, did not count equality with God a thing to be grasped, but emptied himself, by taking the form of a servant, being born in the likeness of men. And being found in human form, he humbled himself by becoming obedient to the point of death, even death on a cross. – Philippians 2:4-8

Jesus beautifully demonstrated humility. He willingly took on a human form. He willingly suffered the most humiliating and horrific death possible. He is the supreme example of setting aside social standing, rights and privileges for the sake of others.

Jesus—Son of God, Word made Flesh, Lord and Savior—was approachable. He never asked the question, “Why don’t they just…?”

Instead, he cut across traditional boundaries of race, gender and economic status to scandalously hold conversations with those considered “beneath” a Jewish rabbi’s attention.

He asked good questions which allowed truth to dawn in the hearts and minds of people. He made them feel safe, yet challenged them to want something better than the sinful life where they were stuck.

Here, according to Galatians 3:28, “There is neither Jew nor Gentile, neither slave nor free, nor is there male and female, for you are all one in Christ Jesus.”

Likewise, there is neither the girl considering abortion, nor the church lady who doesn’t understand her. The same Lord died for each of them.

By the way, the pregnancy dilemmas I mentioned earlier? Every one of those mothers chose life for their babies—and the woman with back problems did not end up in a wheelchair as she mistakenly feared.

No matter where a person’s story is headed, the gospel has the power to change everything.

As we reach out to those facing pregnancy decisions, may we do so not from a position of privilege, but out of humble empathy—just like our beautiful Savior.