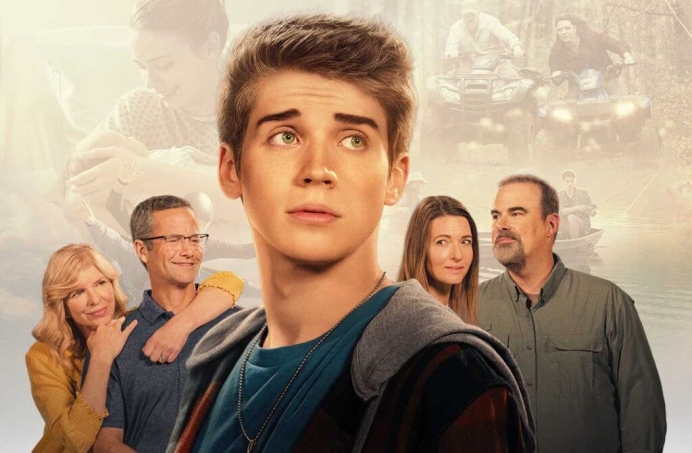 The power of an adoption story

A woman on her way to have an abortion chose life for her unborn child after her Uber driver told her about the recently released movie about adoption, Lifemark.

Based on a true story, Lifemark portrays the birth and life journey of David Colton, a high school student adopted in infancy by two loving parents who could not conceive children of their own.

When David turned 18, his birth mother, Melissa, reached out in hopes of meeting him.

David, along with his adoptive parents, was able to build a relationship with Melissa and hear her life story, including her initial intentions to get an abortion when she found out she was pregnant with David.

However, understanding the sanctity of human life and feeling a deep love for her son, even while he was still in the womb, Melissa chose life. The powerful reunion pointed to what adoption offers - and what abortion never could - hope and joy.

Alex and Stephen Kendrick, the brother team that produced Lifemark, said they have “loved hearing stories of the life-changing impact this movie is having” during an interview with Christian Headlines.

Alex Kendrick told reporters one of his favorite stories came from the Uber driver who picked up a young woman and discovered she was headed to a clinic to get an abortion.

While en route to the abortion center the driver began talking to the young woman about the movie, which he has just seen at the theater. The Uber driver told the young woman how the story of adoption impacted him and encouraged her to see the movie.

“By the time they got to the [abortion facility] location, she had changed her mind,” said Kendrick.

Tweet This: A woman on her way to have an abortion chose life for her unborn child after her Uber driver told her about the adoption movie Lifemark.

Lifemark lays out the reality of adoption as a compassionate alternative to abortion for women and families, pointing to the high number of children for whom loving homes are found each year in the U.S. (around 135,000). The life-saving abortion alternative message of the movie resonated with many people, as it has received a score of over 90 percent on Rotten Tomatoes - a high score rarely seen from audience reviews.

Tracie Shellhouse, vice president of Ministry Services at Heartbeat International, weighed in on the movie, saying, “The life-affirming option presented in Lifemark is a practical and empowering choice for those facing unplanned pregnancies. As seen in the movie and demonstrated in the back of an Uber, adoption provides hope for both mother and child - hope that each can have a brighter future.”

Shellhouse went on to express her appreciation for the timeliness of the film’s message considering the massive push for abortion following the Dobbs v. Jackson ruling in June.

“Many who promote abortion over adoption say that adoptive families only want healthy newborns,” Shellhouse said. “That is a fallacy.

“There is no shortage of those wanting to adopt, regardless of background, age, or life situation,” said Shellhouse. “Currently, an estimated 1 to 2 million Americans are hoping to become adoptive parents.”

Tweet This: Many who promote abortion over adoption say that adoptive families only want healthy newborns. That is a fallacy.

“Lives are rarely saved by ideals,” she said. “They are most often saved by people. People who compassionately love others.”

That love was demonstrated by the Uber driver’s willingness to reach out to save a life. And it is found, as displayed with David Colton’s story and its portrayal in Lifemark, through the life-affirming choice of adoption.

Lifemark is currently out on DVD and online platforms.

With a love for Christ and an understanding of His divine creation of every life, Lora Current is a young pro-lifer from rural Ohio, where she grew up on a purebred cattle farm with her six siblings. She has worked and interned for the Ohio House of Representatives and the Ohio State University while also working as a media personality and speaker for iHeartRadio, USA Today, and numerous other public outreach events. In 2021 Lora served as Miss Ohio where she traveled the United States speaking with thousands of students about where/Who true value and worth comes from.

Lora is a recent graduate from the Ohio State University, where she studied Macro Social Work, focusing on governmental policies, larger communities, and nonprofit organizations. She currently attends Harvard University pursuing her master’s in Journalism with certifications in business communications, marketing management, and digital strategy.