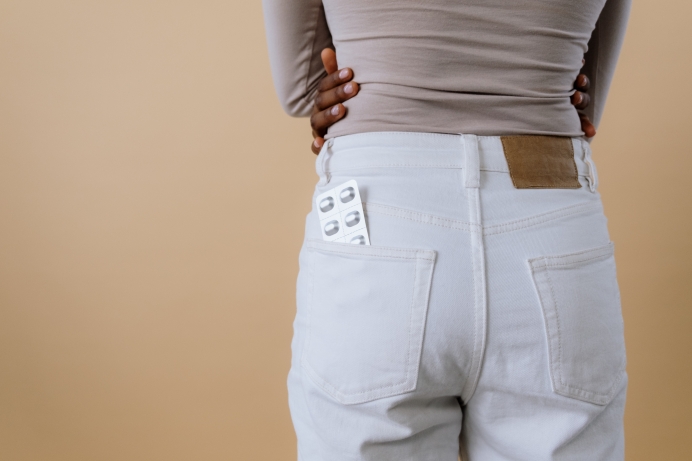 After 20 years of delays and thwarted petitions, concerned doctors have finally been able to break through to litigate against the U.S. Food and Drug Administration’s (FDA) approval of chemical abortions from the year 2000.

“The FDA failed America’s women and girls when it chose politics over science and approved chemical abortion drugs for use in the United States,” the complaint states. “And it has continued to fail them by repeatedly removing even the most basic precautionary requirements associated with their use.”

The legal non-profit Alliance Defending Freedom (ADF) authored the complaint in a heavily sourced filing in U.S. District Court, the Northern District of Texas located in Amarillo. The plaintiffs in the lawsuit include the Alliance for Hippocratic Medicine, the American Association of Pro-Life Obstetricians and Gynecologists (AAPLOG), the American College of Pediatricians, the Christian Medical & Dental Associations and individual Doctors Shaun Jester, Regina Frost-Clark, Tyler Johnson, and George Delgado.

The case will try the FDA’s decades-long defense of abortion and reveals its stance that pregnancy is defined as an illness.

FDA regulations dictate that any legal actions to be taken against the agency must first follow a protocol of requesting the FDA either take or refrain from any actions listed in a “citizen petition” before proceeding to court processes.

“The FDA stonewalled our clients for two decades,” Baptist said. “We were required to challenge the FDA before going to court.”

ADF’s clients had filed complaints within the FDA that were held up in the bureaucracy for 16-½ years. Otherwise, Baptist said, this litigation would have been brought 20 years ago.

“This is the first opportunity where our clients can go to court, have their challenge heard in front of a federal court judge, and put the FDA on trial for everything it has done with chemical abortion drugs to date,” Baptist said.

Delgado commented on how the government’s dubious processed enable its ongoing support for chemical abortion.

“It’s a bit of a circular argument really,” Delgado said, “the government is saying, ‘it’s safe because we said it was safe and we said it 20 years ago.’ But that’s exactly the point of why we are challenging by bringing this lawsuit.”

“They did not follow the proper channels - the regulations and the laws - when they first approved chemical abortion in the form of mifepristone,” Delgado told Pregnancy Help News, “and so that is something physicians have been challenging all along.”

Delgado noted that in doing this the FDA has been remiss in doing its job, “which is to make sure that drugs are safe and effective—primarily safety is first.”

The timeline for the case was laid in previous Pregnancy Help News coverage HERE.

ADF’s case against the FDA challenges the agency’s failure to abide by its legal obligations to fulfill its mission to be “responsible for protecting the public health by ensuring the safety, efficacy, and security of human and veterinary drugs, biological products, and medical devices.”

“They are not protecting the public from a harmful chemical,” Delgado said, “and it is our job as physicians to step up and protect, not just those who are our patients personally, but all women who are pregnant and might be considering having a chemical abortion.”

The initial approval of chemical abortion drugs utilized in 2000 an “accelerated approval” via a special provision (Subpart H) which states:

“This subpart applies to certain new drug products that have been studied for their safety and effectiveness in treating serious or life-threatening illnesses and that provide meaningful therapeutic benefit to patients over existing treatment.”

“Through this drug they’ve had to call pregnancy an illness,” Baptist said, “and they are going to have to double down on that approach.”

“But chemical abortion drugs do not treat serious or life-threatening illnesses. Indeed, pregnancy is a normal physiological state that many females experience one or more times during their childbearing years. Pregnancy rarely leads to complications that threaten the life of the mother or the child. Following delivery, almost all women return to a normal routine without disability.”

Additional concerns of the effects of mifepristone on the developing body and reproductive system of underage women are declared in the filing.

The case documents the elimination of the initial safeguards which were in place when the FDA first approved chemical abortion.

There have been aggressive moves by abortion proponents to extend the use of these drugs further into pregnancy, alternation of the dosage and protocols for administering the drugs, a reduction of contact with medical professionals, the lack of follow up clinical studies and the elimination of reporting or documenting nonfatal adverse events.

“They have not met the standards for safety and so that is where we are compelled to force them to,” Delgado said. “For them to say ‘we approved it 20 years ago’ doesn’t make any sense. It is not a rational argument.”

ADF’s filing details the utilization of mifepristone followed by misoprostol as mandated by the FDA. Mifepristone blocks progesterone, the hormone present in pregnancy necessary to nourish and sustain the baby’s life.

According to case documents, this drug alone works less than 25% of the time to complete an abortion, it merely serves to starve the child. The second drug is taken about a day later, which is misoprostol, the drug initiating cramps to cause labor, which expels the deceased child.

The FDA has been extremely complacent with the use of these drugs as it has allowed abortionists to dispense chemical abortions through the mail since December 2021. Recent Biden administration and Congressional actions have further pushed the dangerous agenda of less oversight of the use of these drugs by physicians.

Politicization of the FDA where it prioritized politics over truth is the heart of the case made by ADF.

The varied elements of neglect for women’s safety are referenced in the ADF complaint, including the abandonment of basic safeguards by not requiring an ultrasound to determine gestational age, identify ectopic pregnancies, before and after the medication is dispensed and in follow-up and determine if the abortion is incomplete or failed and thus requiring further medical treatment.

ADF argues in its case that between 2002 and 2015, chemical abortion-related ER visits have increased over 500% due to the loosening of FDA regulations.

Additionally, ADF argues the FDA has been negligent in following Subpart H restrictions on drugs approved through the accelerated approval process without normal FDA standards of testing and trials. These come with the requirement for a Risk Evaluation and Mitigation Strategy (REMS).

“Their studies never met the statutory thresholds congress told them they needed—to approve drugs based on a certain scientific threshold—and none of these studies match that,” Baptist said. “They never studied real world use, they never studied impact on girls’ reproductive development—teenage girls that is—and that was required by law. They are going to have to defend the indefensible.”

“The FDA prioritized politics over science to get this drug approved and then to take away basic safeguards for women and girls who do take these drugs,” he said.

Tweet This: The FDA prioritized politics over science to get this drug approved & then take away basic safeguards for women & girls who take these drugs

The heavy hand of politicians who pressured the FDA to approve chemical abortion drugs has been a factor as well.

ADF’s filed its complaint against the FDA on November 18, 2022, the same day it filed a preliminary injunction asking the court for expedited review of its claims. The government’s opposition brief was due January 13, 2023. ADF will then have to reply to that filing by February 10, 2023.

From there the parties will await the court’s next move, which could mean the judge asking for oral arguments or simply ruling on the motion.