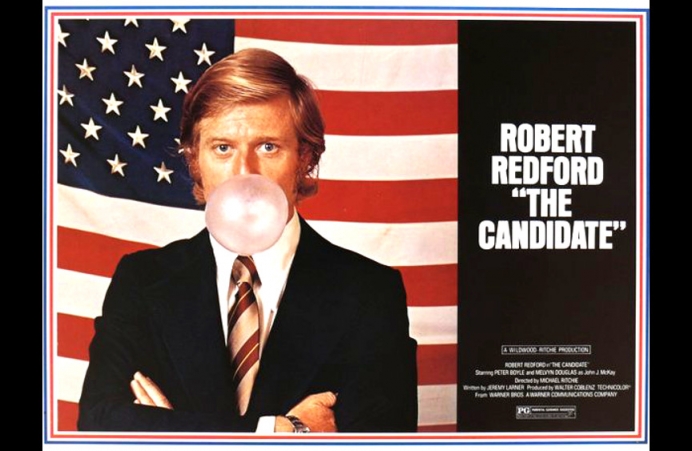 The Election's Over... What Do We Do Now?

The 1972 movie, The Candidate tells the fictional story of an idealistic liberal lawyer (played by Robert Redford) who jumps into a U.S. Senate race not to win, but only to place his ideas in front of the voters. He turns down almost all “expert” advice, saying whatever he believes, without regard for political repercussions.

Stunningly, the young upstart wins and as he prepares to give his victory speech, turns to his political advisor and asks, “What do we do now?”

While there are plenty of differences between Redford’s character, Bill McKay, and the real-life Donald Trump, we can find some parallels, too. One can believe that at some point early Wednesday morning, the President-Elect thought, “What do I do now?”

It is a question all of us should be asking, especially those of us in the life-affirming community. Because just as there is reason for optimism on life issues, we face two challenges in the days ahead:

First, we face a challenge of complacency.

In 1980, values voters celebrated the election of Ronald Reagan, believing Roe v. Wade would soon be overturned because of the California governor’s coming Supreme Court appointments. Simple, right? It was time to relax, because all would be well in a few years.

But one of Reagan’s nominees, Robert Bork, was vilified by the opposition and never made it to the bench. Instead, Reagan settled on Sandra Day O’Connor, who would keep the Court from overturning Roe.

When President Obama was elected, Republicans told voters they would end Planned Parenthood funding, if only they could win the House of Representatives where “the power of the purse” would give them leverage. They won the House, but nothing changed.

Then, those same Republicans asked for the Senate as they wanted more leverage against the President. They got it, and nothing changed.

This year, they asked for the White House as well. They have it, and as Jan. 20, 2017 approaches, nothing stands in the way of pulling Planned Parenthood’s cash cow. Nothing. All that is needed is a majority vote in the House and Senate, and a signature by one President Donald Trump. That’s it.

If this takes place, the Pregnancy Help Community will for the first time find itself on a level playing field with Planned Parenthood.

We want—and deserve—an opportunity to make our case without well over $500 million being handed over each year to those who oppose us.

Tweet This: Pro-lifers, we'll need to fight complacency in the days ahead. @KirkWalden #prolife #election

Should we become complacent, sitting back and expecting Planned Parenthood to lose its funding without our vigilance, we will likely be disappointed. This is an opportunity for the Pregnancy Help Community to be heard. We must convince several “moderates” on this issue, so we must be heard, with clarity through unity.

Second, we face a challenge for our very existence.

We must be honest and understand many of our supporters—perhaps many of our financial partners—believe the myth, “If we can get Roe overturned, pregnancy centers won’t be needed anymore.”

In the coming days, a giddy pro-life community will likely gush over coming Supreme Court possibilities. This, combined with the false thinking that pregnancy centers will no longer be needed in a “Roe-Free” United States, can lead to a drop-off in giving. After all, why bother to support a pro-life ministry if life will soon be the law of the land?

Certainly, there are many flaws in this thinking. First, we’ve seen over the last 36 years that the Supreme Court is no slam dunk when it comes to Roe. Second, overturning Roe only sends the issue of life back to the states.

But most important, we must—must—make it clear that Pregnancy Help Organizations are always people-focused, not politically dependent. Whether abortion is legal or illegal, our mission is to reach those who need us with hope, whatever the law might read on a certain day. This mission must be accomplished if we are to truly shift a culture toward life.

Our mission is larger than politics, and if one is allowed a pun in this column, our mission “trumps” any decision of the Supreme Court.

As we move toward a new administration, we can do so with guarded optimism on many fronts. But we must also look ahead with a renewed focus, a renewed commitment and a renewed belief that no matter what we see happening in our political arena, we have a job to do—and we must do it well.