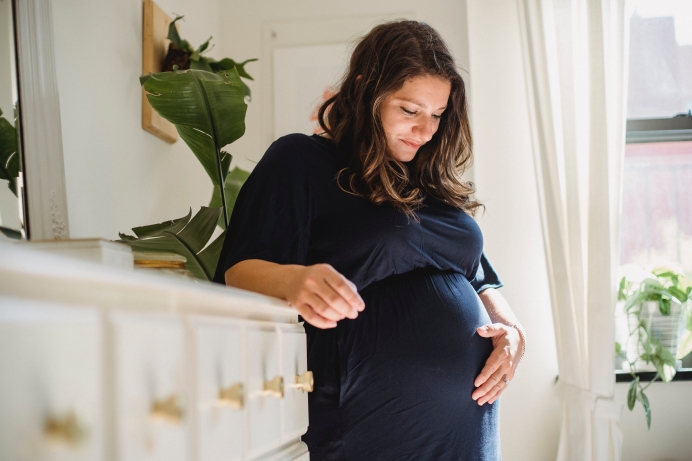 In the last few years, numerous campaigns by abortion advocates have encouraged women to “shout out your abortion.” Celebrities have gone on record claiming that an abortion changed their life for the better.

This point of view—that abortion is a right for which women should fight, that it represents a means to a better future, that it is a badge of pride—is grounded in a worldview called relativism.

When faced with a moral dilemma, human beings have two options: they can obey God’s rules, or they can make up their own rules instead.

One way leads to life and blessing; the other to destruction and death.

Let’s zoom out for a moment to get some perspective on this.

The whole idea of the sacredness of human life rests on the wider foundation of what theologians call imago Dei.

According to the Bible, human beings, both male and female, are created in the image of God. This gives them a special status in God’s eyes.

Concerning the rest of creation, God sees it as good—but once He creates humans, He sees creation as very good (Genesis 1:31).

Fast forward through the first human sin and its drastic outcomes to the first mention of specific legal consequences for murder:

“Whoever sheds human blood, by humans his blood will be shed, for God made humans in his image.”  --Genesis 9:6

Here God establishes a law and gives us the reason for it: the reason we may not shed human blood is because humans are created in God’s image.

We glean further insight as to how deeply God feels about this issue by reading the words which the prophets thundered at the people of Israel when they followed the detestable practices of other nations by killing their newborn infants as sacrifices to idols.

“You even took your sons and daughters you bore to me and sacrificed them to these images as food. Wasn’t your prostitution enough?  You slaughtered my children and gave them up when you passed them through the fire to the images.” –Ezekiel 16:20-21

Two things immediately come into focus as one reads this passage.

First, because God sees human children as His own, their deaths grieve and anger Him.

Second, the “my body, my choice” argument is exposed as a floundering attempt to give women agency by encouraging them to flagrantly disregard God’s commands.

In God’s eyes, a pregnant woman is no freer to kill her preborn son or daughter than she is free to do away with her preschooler.

All children belong to God.

Further, the “right” to abortion requires using a double standard.

When it comes to protecting the rights of human beings, whose body and whose choice should we work the hardest to protect?

The most vulnerable among us.

Therefore, what abortion advocates offer women is based on an inconsistent, ill-founded, reactive philosophy. It is not grounded in the truth, but in fear.

It encourages women to develop their “mean girl” voice rather than exercising true courage.

I don’t buy the idea that abortion helps women.

In 10 years of pregnancy help work, the most positive comment I ever heard from a woman about a past abortion was, “I did what I had to do.”

Concerning the public claims of some women that abortion has improved their life, I would ask this:

How do you define a good life?

Is pursuing fame, fortune, and short-term romances worth the cost of a child’s life? Is getting ahead and fulfilling your dreams worth sacrificing your son or daughter?

Due to the metrics our culture uses, a life can look wildly successful on the outside—yet still be falling apart on the inside. Just look at the struggles so many celebrities have.

That’s what happens when you make sacrifices to the wrong gods.

I recognize I’m preaching to the choir here, so let me affirm those in pregnancy help ministry.

You are offering women a beautiful gift.

Instead of pitching only one soul-scarring solution to a conflicted pregnant woman, you offer the care and support she needs to make a decision founded on hope.

Tweet This: Pregnancy help offers women a beautiful gift - the care and support she needs to make a decision founded on hope.

You build her confidence and help her believe she is capable of raising a child and pursuing her dreams.

Instead of profiting from her financially, you come alongside her and become her friend.

If she makes a regrettable choice, you are still there for her. You help her walk through the dark, difficult healing journey of post-abortion recovery until her joy is restored.

On both ends, you are in her corner.

That’s because you understand that breaking God’s laws, whether consciously or not, helps no one in the end.

You understand that His laws are based on the high value He places on all human beings.

You understand His love—and you live it out.

Keep up the good work of offering such a beautiful gift to women in distress.