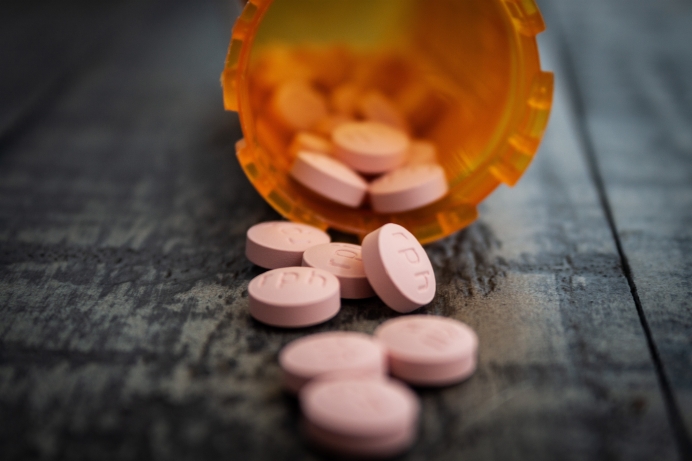 The abortion pill is shrouded in secrecy, but women deserve to know the truth

(Live Action) According to a 1997 report by the Washington Post, the abortion pill was initially projected to reach $100 million in sales every year. It’s no wonder, then, that those involved in the pill’s early approval planned for the abortion pill manufacturer to eventually transition from a non-profit to for-profit company. And where there is big profit, there is often secrecy. The abortion pill is no exception; even today the pill’s manufacturing location and many of its funders are still cloaked in secrecy.

“The pill’s 11-year journey to the United States included a cloak-and-dagger scheme to hide the identities of participants…allegations of fraud, a dozen lawsuits, and a price tag of at least $50 million….

Citing fear… Danco refuses to release the names of its executives and investors. The company even persuaded the Food and Drug Administration to keep secret the location of the factory where the abortion drug will be produced….

In a strange twist, the FDA acceded to Danco’s request that the name of its manufacturer be kept secret — and even shielded the names of the FDA researchers who had overseen the pill’s approval.”

Live Action News has documented how the abortion pill, originally called RU-486, was approved in the United States in 1994 under the Bill Clinton administration. The administration pressured the French pharmaceutical manufacturer Roussel-Uclaf to assign the U.S. rights of marketing and distribution to the Population Council. This eugenics-founded “non-profit” brought the abortion pill into the U.S. and set up the pill’s manufacturer, Danco Laboratories, LLC. Danco was started with funding from several abortion philanthropy groups, including a $14 million loan from the David and Lucile Packard Foundation. Today, Packard funds the generic manufacturer of the abortion pill, GenBioPro.

In 1999, the New York Times acknowledged that Danco was “extraordinarily skittish about publicity” and called its consortium of “low profile” investors “politically motivated.”

“Danco’s investors and managers have deliberately, even obsessively, avoided the spotlight as they have gone about raising money, finding a manufacturer, seeking regulatory approval and resolving internal conflicts,” wrote the Wall Street Journal in 2000. Although the paper outed investors “Warren Buffett, George Soros and the late David Packard” as financing Danco, they also noted that several other investors chose to remain anonymous.

In May 2020, Columbia University journalists Lauren Mascarenhas and Abigail Brone interviewed early abortion pill advocates. “Because of the controversy surrounding mifepristone, the Population Council kept this distributor a secret throughout the process,” they wrote.

As previously reported, Winikoff credited the 9/11 terrorist attacks with saving the abortion pill, after news of the attack drowned out the news of a woman’s death from the abortion pill. In 2003, Winikoff left the Population Council to found Gynuity Health Projects, which is heavily funded by original Danco investors. Under Winikoff’s direction, Gynuity is currently sponsoring abortion pill clinical trials, including experiments on African women and a TelAbortion trial willing to mail abortion drugs to girls as young as 10.

“Winikoff says mifepristone was so controversial…even its creators no longer wanted a hand in its advancement,” wrote Mascarenhas and Brone. Enter the Population Council, because it was “willing to weather the controversy.”

“In addition to a sponsor, a drug needs a distributor to gain FDA approval… Because of the controversy surrounding mifepristone, the Population Council kept this distributor a secret throughout the process,” Brone pointed out. “We now know that company was Danco Laboratories. It was created for the sole purpose of marketing and distributing mifepristone,” Brone said.

Lars Noah, an expert in drug law at the University of Florida, told the New York Times that this kind of secrecy was unprecedented. “I’ve never heard of a situation where, with the blessing of the F.D.A., you could keep the manufacturer of a drug secret,” he said.

According to reports, the FDA politicized the abortion pill’s approval process by choosing not to publish the names of “experts” who reviewed the drug. According to Mascarenhas, “By the summer of 1996, the time had come for an FDA advisory committee to meet and decide whether to recommend mifepristone for marketing in the U.S.” She noted, “Advisory committees don’t make the final decision,” adding that the Population Council “knew that securing a recommendation all but guaranteed eventual FDA approval.”

Author Julie A. Hogan, who wrote a historical review of the process, said, “In return for working with the drug, companies wanted confidentiality. The FDA and the Population Council, in an unusual move, agreed to provide the desired secrecy.”

The FDA “broke with precedent by not publishing the names of the experts who reviewed RU-486 for the agency,” the Washington Post pointed out.

“A 1996 federal advisory committee that recommended the drug’s approval met under intense security in a windowless building surrounded by federal marshals,” recounted the New York Times in 2005. Likewise, Winikoff recalled being “driven to a secret location” and “ushered through a tent in the middle of a field.” Her recollection was supported by George Brown, the Vice President of the Population Council at the time.

In the previously mentioned May 2020 interview, Brone called the FDA process “dramatic,” pointing out that “[p]ublic advisory committee hearings are typically only made private if the conversations involve trade secrets. There have been few other instances where a hearing required this level of security.” According to the interviewers, the names of the FDA staff involved with approving the abortion pill have never been released. Yet somehow, they were able to locate one of the FDA’s senior medical reviewers, who “chose to remain anonymous” but admitted, “It’s definitely not standard. It’s not routine, you can look up almost every other drug that I was the primary medical officer for and my name would appear right there on the review.”

“And we did,” Brone noted. “His name is listed on at least eight other FDA drug reviews. But no staff names are listed on the review of mifepristone.”

“[T]he secrecy surrounding the project and the Population Council’s refusal to provide key details regarding the project have also fueled the anti-abortion groups’ campaign,” Author Julie Hogan added in her historical review of the abortion pill. Hogan also cited a policy analyst with the Family Research Council, who succinctly summed up what pro-lifers have always believed about the secrecy surrounding the abortion pill: “Women ought to be aware of who will manufacture the drug, who is behind it, and what the track records of those people are.”

Tweet This: “Women ought to be aware of who will manufacture the drug, who is behind it, and what the track records of those people are.”

Editor's note: This article was published at Live Action News and is reprinted with permission.