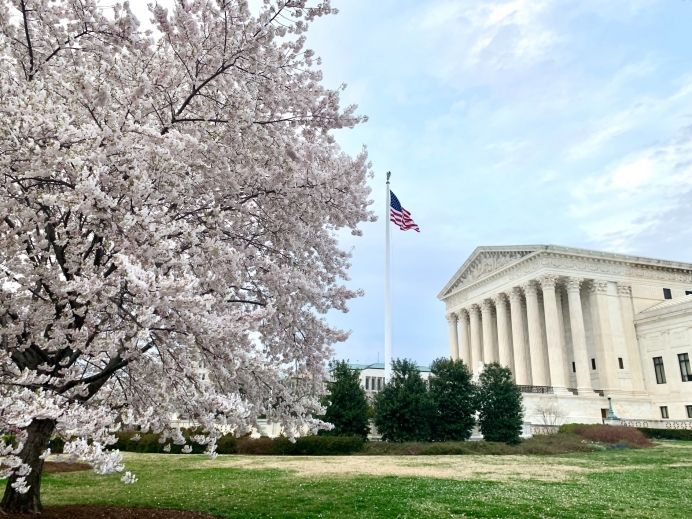 (LifeSiteNews) The U.S. Supreme Court could be days away from issuing a decision on federal regulations banning the abortion pill from being administered without an in-person doctor’s visit, its first abortion-related action since the death of Justice Ruth Bader Ginsburg.

In July, District Judge Theodore Chuang agreed to the left-wing American Civil Liberties Union’s (ACLU’s) request to allow mifepristone, the first half of the chemical abortion cocktail RU-486, to be taken home without medical supervision, arguing that the requirement posed a “substantial obstacle” during the COVID-19 emergency, and ruled that, “particularly in light of the limited timeframe during which a medication abortion or any abortion must occur.”

The U.S. Food & Drug Administration (FDA) appealed the ruling, and in August the U.S. Justice Department called on the nation’s highest court to render an immediate verdict on the temporary suspension.

The Supreme Court could announce a decision “any day now,” CBS News reported Monday. Without the pro-abortion Ginsburg, who died last month at age 87, it is assumed the majority of the current eight-person court would be sympathetic to the Trump administration’s position.

During periods with a vacancy on the nine-seat court, a 4-4 tie would allow the lower court ruling in the case to stand (in this case Chuang’s decision favoring the abortion lobby), but would not set a binding precedent for the rest of the country.

“By suspending enforcement of the safety requirements on a nationwide basis, the district court has irreparably harmed both the government and the public more generally,” the Justice Department argued. “Even if the FDA ultimately prevails on the merits, the risks to patients, and any harms that materialize, cannot be undone. Those costs outweigh any burdens associated with a one-time clinic visit to receive a drug that is merely one means of obtaining an abortion.”

“This lethal drug that the FDA permits for killing innocent preborn children during the first 10 weeks of pregnancy is also highly dangerous for women,” added a coalition of pro-life groups that includes Live Action, Samaritan's Purse, Heritage Action, and more.

Tweet This: This lethal drug the FDA permits for killing innocent preborn children in the first 10 wks of pregnancy is also highly dangerous for women

The case also offers a preview of sorts on how abortion-related cases will fare before the court going forward. In the next two months, the court is expected to be joined by Judge Amy Coney Barrett, President Donald Trump’s nominee to replace Ginsburg.

Widely regarded as a pro-life originalist, Barrett was a member of Notre Dame’s Faculty for Life group, is reported to have signed another letter published by Becket Law criticizing the Obama administration’s contraception mandate, and signed a 2006 ad declaring “we … oppose abortion on demand and support the right to life from fertilization to natural death.” She has also written multiple articles critical of the stare decisis doctrine, which grants weight to past rulings’ status as precedent, regardless of whether they were rightly decided.

Editor's note: This article was published by LifeSiteNews and is reprinted with permission. Heartbeat International Manages the Abortion Pill Rescue Network and Pregnancy Help News.