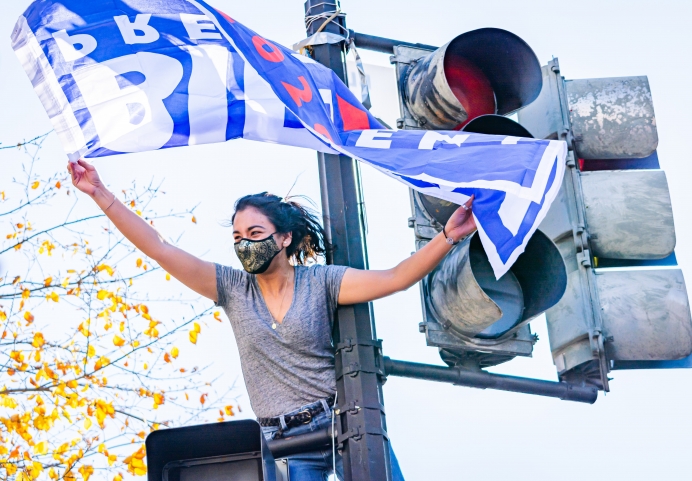 (LifeNews) Planned Parenthood is expected to have a huge influence over President-elect Joe Biden and his administration.

Already Biden’s team is doing favors for the abortion chain that spent $45 million to get him and other pro-abortion Democrats elected in November.

Breitbart reports people who donate to the Biden Presidential Inaugural Committee Field of Flags project will be signed up automatically for Planned Parenthood’s email list.

The Field of Flags is a display of 191,500 flags on the National Mall, each representing an American who will not be at Biden’s inauguration ceremony because of the coronavirus and other safety concerns. The display also includes 56 pillars of light to represent the 50 states and six U.S. territories.

“To include the American people in the inaugural ceremonies, [Biden’s inaugural committee] is welcoming Americans to become a symbolic sponsor of the Field of Flags in exchange for a donation …” the committee said in a statement.

A portion of the donations will go to Planned Parenthood and 95 other organizations, according to the report.

The abortion chain will benefit in another way, too. According to the inaugural committee, donors automatically will “receive emails from Planned Parenthood organizations. You may unsubscribe at any time.”

Tweet This: A portion of donations to Biden Presidential Inaugural project will go to Planned Parenthood, donors signed up for PP emails

“We will protect women’s constitutional right to choose, and I am proud to stand with you in this fight,” Biden said last year in a political ad sponsored by Planned Parenthood.

The Democrat leader is expected to repeal both the Mexico City Policy and the Protect Life Rule regarding Title X funds during his first week in office. These two policies, under Trump, defunded Planned Parenthood and other abortion groups of more than $200 million in U.S. taxpayer dollars.

The Hyde Amendment, a popular, longstanding measure that prohibits taxpayer funding for elective abortions in Medicaid and other federal programs, also is at stake. Though most Americans support the Hyde Amendment, Planned Parenthood wants to see it gone, and Biden promised to help end it.

The amendment has saved about 2.4 million unborn babies from abortions, according to the Charlotte Lozier Institute. If ended, about 60,000 more unborn babies could be unnecessarily aborted every year.