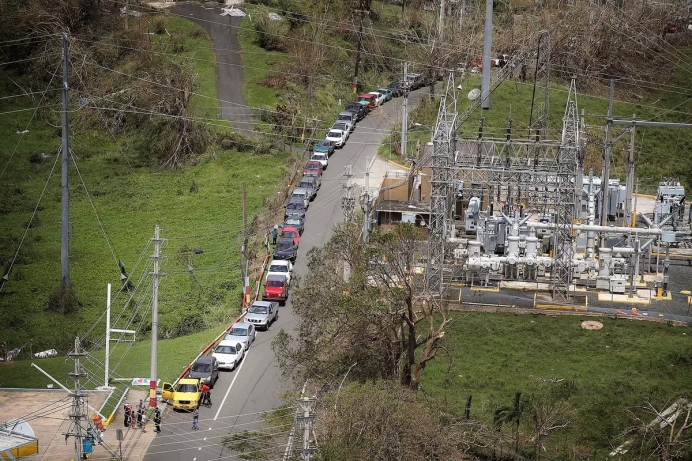 Puerto Rico Pro-Life Leader: “The destruction is total but the people are whole.”

On his third day on the ground in Puerto Rico following Hurricane Maria, Joseph Pardo checked in via social media Wednesday, updating friends and supporters on the status of his relief efforts.

Pardo, who runs Cree Women’s Center along with his wife, Daisy, had evacuated his family to Florida just before the storm hit Puerto Rico and knocked out electricity for the Island’s 3.5 million residents.

Returning to the Island over the weekend, Pardo is on the first of what he hopes to be several trips over the coming months between the mainland and Puerto Rico, meeting humanitarian needs that include access to food, clean water, safe shelter, hygiene resources and clothing through Cree Women Center's parent organization, Love the Nations.

“The destruction is total but the people are whole,” Pardo wrote. “They may have to wait in line for hours for gas, but they are kind, friendly, helpful, and looking out for each other.”

With a goal to raise at least $20,000 to directly fund the efforts, Pardo is partnering with Christian relief agencies to deliver immediate aid to victims who will be without power for the next several months and are now dealing with intense heat.

In addition to individual gifts and partnerships, a Tampa-based software company—ByDesign Technologies—has offered a $20,000 matching gift to help fuel the campaign.

As he works to bring help to those affected by the storm—an estimated 10,000 residents are still in temporary shelters—Pardo is also planning to bring down chainsaws, generators, gas containers, water filtration systems and more on subsequent trips.

By Thursday, Sept. 28, Pardo hopes to provide 60,000 meals when planes loaded up with relief supplies are scheduled to land.

Before they left the Island ahead of Maria, the Pardo family had been raising funds to pay for a power generator in order to keep their center’s ultrasound machine up and running, so that power outages didn’t prevent them from serving women with life-saving care.

International Planned Parenthood Federation, like its U.S. counterparts in the wake of Irma and Harvey, is seeking to capitalize on the situation in Puerto Rico by calling for expanded access to abortion and abortion-causing drugs like the morning-after pill in the midst of the humanitarian crisis.

Tweet This: How one #prolife outreach is bringing disaster relief to #PuertoRico #MariaPR

Among a long track record of exploiting catastrophes, Planned Parenthood took advantage of the turmoil immediately following the terrorist attacks on the World Trade Center on Sept. 11, 2001 by offering free abortions in New York City and gave away chemical abortifacients in the wake of Hurricane Katrina in 2005.

After Harvey swept through Texas and Louisiana last month, Whole Woman’s Health—the named plaintiff in a 2016 Supreme Court case that struck down ambulatory service center requirements for Texas abortion businesses—fundraised to abort 74 babies in the two weeks following the storm.