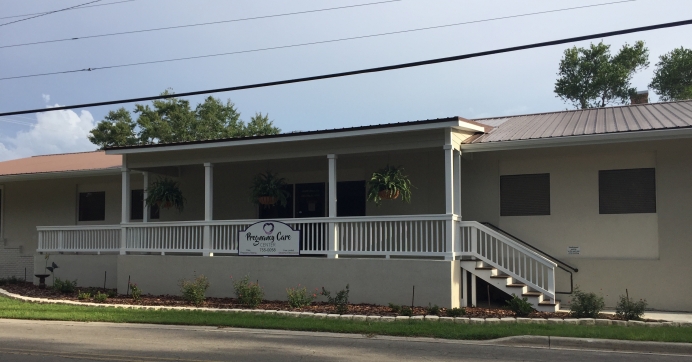 Lake City Pregnancy Center serves over 500 clients in three north Florida cities, but in 2015, it was clear they’d outgrown their main location in Lake City. At 2,600 square feet, the center only had two counseling rooms, an administrative room and one sonogram room to work with as client volume continued to rise.

In 2016, God provided exactly what the organization—which has served over 30 years—were hoping for in a new building.

In January 2016, the board met to determine what they were looking for in a new facility, deciding that increasing the size of the building to about 4,000 square feet would be ideal, particularly if it was in the right location.

Two months later, executive director Donna Sandage and her team found a building that was exactly 4,000 feet and one block off the main highway that runs through town and two blocks away from downtown.

With the right location in mind, the center launched a capital campaign for the $300,000 it would need to purchase and remodel the building.

“We have just worked on getting our donors who believe in what we do to give gifts to make this happen and it has so we’re really thrilled to be doing this,” Sandage said.

Among the gifts, large and small, the campaign got a major boost from the Lester and Anne Scaff Foundation—established by the founders of S&S Food Stores and Scaff Supermarkets, a 40-location company in northeast Florida.

Though Lester Scaff died in late 2016, before he could see the results of the gift, Sandage and her board named the new building in honor of the Scaff family, who have been long-time supporters of Lake City Pregnancy Center.

“They both loved what we do and supported us all through the years,” Sandage said. “It’s beautiful, it’s a great asset to our community and to our girls—they know they can feel loved and accepted and know that we do care about them.”

Leading up to the grand opening in May and an open house that followed later in the summer, several community members pitched in to help the center’s new location become a reality, including a contractor—Roger Whiddon—who renovated the building at cost, and another couple who lent their interior design expertise to the project.

The new building has a medical wing with a nurse’s office, an ultrasound room and medical intake area, as well as another wing with a counseling room, chapel, boardroom, administrative area and utility room.

“God just worked it all out like he always does, He works everything out for our good and we’re just thrilled,” Sandage said. “So many times, they’re full now so we know we did the right thing because we have room for our girls and our guys.”

Along with the revamped client space and improved location that has led to better visibility within the community, Sandage and her team added a chapel for their own staff to use throughout the day.

In 2016, 71 of the 78 at-risk-for-abortion clients who visited Lake City Pregnancy Center chose life.

“It’s a great place for our girls and us as employees and volunteers to just go and have a quiet time and we’re just thankful,” Sandage said. “It is beautiful and everything we ever wanted and more.”