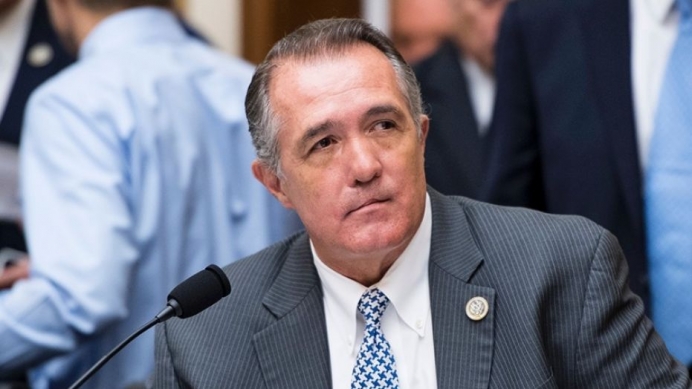 Longtime congressman and pro-life stalwart U.S. Rep. Trent Franks (R-Ariz.) announced he is resigning from his position as a U.S. Representative, effective immediately. Though he initially announced the timing as Jan. 31, 2018 after allegations from two former staffers on Thursday evening, Rep. Franks updated his timeline late Friday.

According to a report from The Washington Post, the women say Franks made them feel uncomfortable when he raised the issue of surrogacy. Reports throughout the day Friday confirmed that Franks had asked at least one of the women if she was interested in becoming a surrogate mother for he and his wife.

Franks and his wife, Josephine, have previously had twins through surrogacy after struggling for years with infertility and gone through three miscarriages.

During the past decade, the House of Representatives has paid out over $15 million to settle sexual harassment charges, though none of that money is tied to Franks, whose allegations are categorically different.

“Given the nature of numerous allegations and reports across America in recent weeks, I want to first make one thing completely clear,” Franks wrote in his statement. “I have absolutely never physically intimidated, coerced, or had, or attempted to have, any sexual contact with any member of my congressional staff.

Tweet This: #prolife stalwart @RepTrentFranks steps aside amid complaints from former staffers.

“However, I do want to take full and personal responsibility for the ways I have broached a topic that, unbeknownst to me until very recently, made certain individuals uncomfortable. And so, I want to shed light on how those conversations came about.”

As the letter continues, Franks explains that he and his wife had wanted to add children to their family, and had unsuccessfully pursued both adoption and surrogacy after their twins were born in 2008.

In the course of that process—which also included a surrogate mother miscarrying—Franks writes that he had discussed surrogacy with the two staff members who are now accusing him of inappropriately raising the subject.

“Due to my familiarity and experience with the process of surrogacy, I clearly became insensitive as to how the discussion of such an intensely personal topic might affect others,” Franks wrote. “I deeply regret that my discussion of this option and process in the workplace caused distress.

Franks, who noted in his statement that the House Ethics Committee has launched an investigation into his alleged misconduct, wrote that his decision to leave office was fueled by his desire to protect his family and colleagues from “hyperbolized public excoriation” that is part and parcel of such investigations.

Although, as Ben Shaprio notes at The Daily Wire, all 613 such investigations between 2007 and 2016 failed to turn up so much as a sanction against a congressional officeholder, Franks wrote that he had no desire to subject his family to “a sensationalized trial by media”.

As if to prove his point, CNN editor Chris Cillizza blasted Franks’ resignation letter in a diatribe posted Friday morning, running with the title, “Rep. Trent Franks’ absolutely bizarre resignation letter,” ridiculing Franks’ effort to put the allegations into context and deftly tying his behavior with the criminal actions of several public figures and lawmakers that have come to light in recent weeks.

With a 90 percent rating from the conservative Heritage Foundation, Franks has been known for his strong stance on social conservative issues, with a primary focus on abortion. Earlier this fall, he co-sponsored House bill that would put an end to late-term abortions after 20 weeks—a measure that has since stalled in the Senate. Franks has also championed pro-life alternatives to abortion throughout his tenure in Congress.

Note: PregnancyHelpNews initially reported that Rep. Franks had announced his resignation effective Jan. 31, 2018, he later updated his timeline to an immediate effective date later on Friday. This article has been updated accordingly.