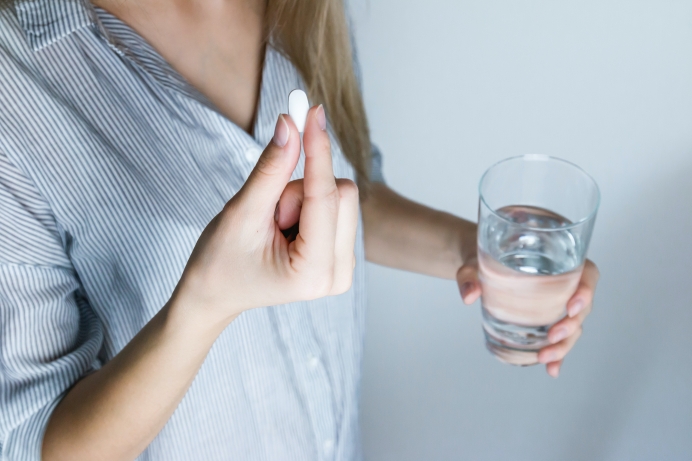 (Life Issues Institute) Chemical abortion has become the central focus of the abortion industry. It circumvents the shortage of abortionists; depending upon method of distribution it can eliminate the possibility of pro-life sidewalk counselors; and it affords higher profit margins for the abortion industry because of reduced overhead.

After decades of decline in America, the number of abortions has slightly risen during recent years. Research analyst, Dr. Michael New, attributes that to the considerable increase of chemical abortion procedures.

Its popularity grows despite the very real increased risks to women. According to a Finland study published by the American College of Obstetricians and Gynecologists, chemical abortion has a four-times higher rate of complications than surgical abortion.

During the pandemic, the United Kingdom allowed DIY chemical abortions at home, delivered by mail. In that time, Wales reported experiencing a 100% increase in ambulance calls to transport women who had taken the pills.

The abortion drug’s increased popularity is in part due to the fact that women are not being told the truth regarding the physical and emotional ordeal they face, nor are they or the public informed of the serious risks.

Tweet This: Women aren't being told the truth about the physical & emotional ordeal they face w/the abortion pill, nor informed of the serious risks.

Research published in Issues in Law & Medicine, Volume 36, Number 1, 2021, revealed a serious problem with underreporting complications associated with chemical abortion. It concluded that the FDA’s Adverse Event Reports system is inadequate and significantly underestimates the drug’s negative impact on women. It is a case of politics trumping women’s health and safety.

Proof of this underreporting has been documented in the UK’s experiment on women. During the first three months of their DIY abortion program, there were 23,061 chemical abortions performed without clinical supervision, and only one complication was reported.

This contrasts with the past five years that chemical abortion procedures were conducted in the UK in a medical environment with medical staff. During that time, it reported an over seventeen-times higher complication rate. This shows that there is a serious, likely willful, problem with reporting complications associated with chemical abortion.

The situation gave rise to other abuses. There were multiple instances where the abortion pills were provided to women beyond the 10-week gestational limit – one at 28 weeks and another at 32 weeks. An added danger is its easy access to sexual predators who force or trick women into consuming the abortion drug against their will.

Despite these numerous red flags, the FDA in America, encouraged by the Biden Administration, is poised to eliminate its risk evaluation and mitigation strategy requirements (REMS) for the drug. Because of the implicit health risks to women who take the chemical abortion pills, REMS were established by the FDA to safeguard women’s health. Those risks remain.

Tweet This: Despite numerous red flags & health risks the FDA, encouraged by the Biden Admin, is poised 2eliminate its REMS 4the chemical abortion drug

Chemical abortion’s second dose is taken by the women 24 to 48 hours after the first drug is administered, usually while at home alone. Profuse bleeding is an expected side effect, accompanied by often severe cramping or contractions.

Emotional trauma is likely to be compounded due its unique circumstances:

State legislation regulating chemical abortion is essential to safeguard women’s health and possibly protect the babies’ lives. Thankfully, these bills are being deployed in several states. During 2021, 22 bills have been introduce with seven enacted in six states: Alabama, Arizona, Arkansas, Ohio, Oklahoma, and Montana.

Alabama banned chemical abortion completely. Provisions of the other states included a variety of protections, some of which are:

√ Have admitting privileges to a nearby hospital

√ Be credentialed to handle complications

√ The drug cannot be provided by a courier, delivery, or mail

√ Civil cause of action for parents of the aborted baby

Dr. New’s research also revealed that educating women and the public to the truth about chemical abortion and its dangers along with state legislation to curb its growth are our best tools. He wrote, “It is imperative that pro-lifers continue educational and legislative efforts to combat this rise in chemical abortions.”

Life Issues Institute has been at the forefront of producing pro-life educational resources to combat chemical abortion. Our website has a wealth of information including its impact on women and their babies. Our videos, articles and other resources are free and can be easily shared with others.

We also work cooperatively with other pro-life groups to create awareness of Abortion Pill Reversal, a proven medical protocol for women who change their minds after taking the first pill.

Confronting chemical abortion and working to protect women and their babies from this deadly drug is a priority at Life Issues Institute. Please join us.