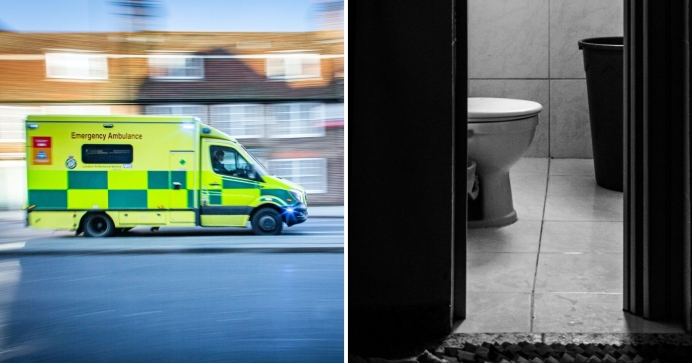 Following a Freedom of Information request by the Mail on Sunday, three ambulance services in England have revealed a sizeable increase in abortion-pill-related calls or responses since at-home abortions were permitted in April 2020.

South Western Ambulance Service saw the largest increase in ambulance despatches related to the taking of abortion pills at home, with numbers three times higher than those seen before the Government permitted ‘DIY’ home abortions in April last year. London also saw the number of ambulance despatches double from 7 to 14 per month over the same time period.

South East Coast Ambulance Service also reported a significant increase in ambulance despatches for problems arising from taking abortion pills at home, with an average increase of 17 to 24 per month.

‘DIY’ home abortions were first introduced by the Government during the coronavirus outbreak last year. The system permits women to take both abortion pills at home without having an in-person meeting with a medical professional.

Wales has also seen a 100% increase in ambulance call-outs to people taking abortion pills at home between April 2020 and March 2021.

The increase in ambulance call-outs is evidence of the serious safety issues that have arisen from taking abortion pills at home independently of a clinical context. These concerns are part of the motivation behind a move by MPs earlier this year to end the provision of ‘DIY’ abortions.

The motion tabled by MPs cites the extensive evidence that had already emerged of women attending emergency departments due to severe complications, abortions occurring beyond the legal limit, and difficulties in safeguarding against abuse and coercion.

It highlights the fact that abortion providers currently cannot ensure the pills they prescribe are taken by the intended individual in safe, uncoerced circumstances within the appropriate time frame, which is a serious concern for underage sexual abuse victims and women in abusive relationships.

Against the wishes of medical professionals

The motion also acknowledges “that polling in England shows the overwhelming majority of women and GPs surveyed [are] concerned by the possibility of pills being falsely obtained for another person and by women having medical abortions at home beyond the legal limit”.

In June, over 600 UK medical professionals signed an open letter to the Government calling for an end to ‘at-home’ abortion due to concerns that it has led to a number of abortions occurring over the ten-week limit and that it fails to protect women and girls from being coerced into an abortion against their will.

One signatory, Dr Calum Miller of Oxford University, said an in-person medical examination was “a critical safety measure to check the gestation of the pregnancy” and other possible medical issues, adding: “We should not be failing women by eliminating the checks”.

Right To Life UK spokesperson, Catherine Robinson, said: “The dangers of ‘DIY’ abortions are well known. While the increase in ambulance call-outs is deeply concerning, it is, sadly, hardly surprising. In addition to these serious safety concerns, there is no guarantee about who actually takes the abortion drugs; there are no in-person checks on the gestation of the baby, and it is very difficult to reliably assess whether or not the woman is being forced into doing something she does not want to do”.

“The manifest dangers of ‘DIY’ abortion for the baby’s mother show that its supporters are ideologues concerned with promoting abortion at all costs with little regard for the well-being of women – let alone their unborn babies”.

Editor's note: This article was published by Right to Life UK and is reprinted with permission. Heartbeat International manages the Abortion Pill Rescue® Network (APRN) and Pregnancy Help News.