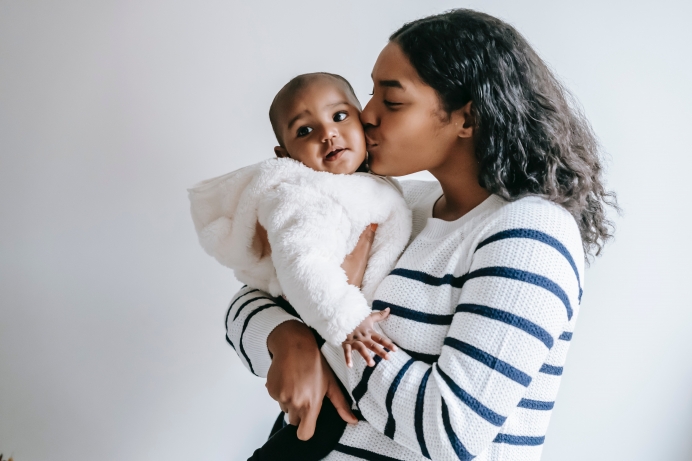 Like other laws intended to reduce abortions, Texas’ new “heartbeat law” has had a real and measurable impact.

(NCR) Last Friday, the Supreme Court permitted abortion providers to continue to challenge, but did not block enforcement of a Texas law that bars abortion when the unborn child has a detectable heartbeat which occurs around six weeks of pregnancy. As a result, the steep drop in state abortions that occurred immediately following the law’s enactment is likely to continue.

A recent study showed that the Texas law has reduced abortion in the state by 50% since it first went into effect in September. And an analysis of other pro-life laws, including those related to abortion funding and informed consent, reveals that these measures have had a demonstrable impact in reducing the number of abortions.

The Texas law, which has the unique enforcement mechanism of lawsuits from private citizens, meant that “2,164 abortions were provided in September 2021” compared to “4,313 in September 2020, a 49.8% decrease,” according to a report from the Texas Policy Evaluation Project at the University of Texas at Austin.

The report called this the largest documented decrease in abortions in the state, as it was “larger than the 13% decline that occurred following the 2013 implementation of an omnibus abortion bill, House Bill 2 (HB2), which required physicians who provided abortion care to have admitting privileges at a nearby hospital, among other restrictions, and resulted in the closure of over half of Texas’ abortion facilities” and “is also larger than the 38% decrease in abortions that occurred following Texas’ March 23, 2020 Executive Order, which prohibited most abortions for a period of 30 days at the onset of the coronavirus pandemic.” The report also found “early evidence, in the form of long wait times for appointments, that Texans seeking out-of-state abortion care are straining capacity at the small number of facilities in nearby states.”

Michael New, associate scholar at the Charlotte Lozier Institute and visiting professor at The Catholic University of America who has a Ph.D. in Political Science and a Master’s Degree in Statistics from Stanford University, told the Register that pro-life laws like the one in Texas “do have a real impact” because “they impact people’s behavior.” He pointed to the increase in women in Texas who “are availing themselves of the assistance from the pregnancy help organizations in that state,” saying these women are “a lot more likely to carry on unintended pregnancies to term because the law is in place.”

Tweet This: Pro-life laws like the one in Texas do have a real impact because they impact people’s behavior.

Loveline, a Houston-based pro-life charity aimed at helping women deal with unplanned pregnancies, told Fox News in October that it saw a 50% nationwide increase in calls after the Texas law was enacted, and 33% of those increased calls were from Texas. Houston Pregnancy Help Center (HPHC), a pro-life pregnancy center, compared data from September 2021 when the law was in effect to numbers from September 2020 that showed ultrasounds increased with the law in place 50% (244 to 365), client visits increased 42% (1,026 to 1,466), and there was an increase of over 20% in pregnancy tests provided.

New said that there are many similar instances of pro-life laws barring abortion having “a significant impact” on abortion numbers. He cited a study from the 2004 Journal of Law and Economics, which analyzed the impact of changes in abortion policy in Eastern Europe after the fall of communism. That study found that “in both Eastern Europe and the United States, legalizing abortion reduced the birth rate by perhaps 10%” and “modest restrictions on abortion in Eastern Europe reduced abortion rates on the order of 25%.”

He said that “informed consent laws that give women seeking abortions information about alternatives and information about things like health risks and fetal development” can also have an impact on abortion rates “depending on how the law is set up.” He cited a 2016 study into the effects of a 2012 law in Utah that combined informed consent with a 72-hour waiting period and found that of the 309 women seeking an abortion who followed up, 8% did not go through with the procedure following the waiting period and information visit. The study found that “low decisional conflict, but not socioeconomic status, was associated with having an abortion,” meaning that those who were more conflicted about their decision were less likely to go through with the procedure after receiving information and having the waiting period in place.

Tweet This: There is an increase in women in Texas who “are availing themselves of the assistance from the pregnancy help organizations in that state”

Laws regulating the safety of the procedure have also been found to have a significant impact. A 2010 study looking at the impact of a Texas law that required all abortions at 16 weeks gestation or later be performed in an ambulatory surgical center (ASC) found that “the number of abortions performed in Texas at 16 weeks gestation or later dropped 88%, from 3,642 in 2003 to 446 in 2004, while the number of residents who left the state for a late abortion almost quadrupled. By 2006, an ASC had opened in 4 major cities down from 9 in 2003 but the abortion rate at 16 weeks or more gestation remained 50%” below the abortion rate prior to the law going into effect.

New said that despite the fact that “women and girls can circumvent pro-life laws by obtaining abortions in nearby states where the laws are more permissive,” there “is still strong evidence that pro-life laws reduce the overall incidence of abortion and do not simply push abortions into other states.”

As one example of this, he cited a 2006 study looking at the impact of a pro-life parental notification law in Texas which took effect in 2000 and found that the in-state decline in abortions exceeded the out of state increase. The study noted that “the abortion rate of 17-year-olds fell by 25% in Texas from 1999 to 2000 but rose by 12% in Louisiana, New Mexico, and Oklahoma; overall abortion rates fell by 6% in the 41 states (and the District of Columbia) that report such data and had no change in their parental notification laws during this period.”

The study also found that the parental notification law “was associated with a decline in abortion rates among minors from 15 to 17 years of age. It was also associated with increased birth rates and rates of abortion during the second trimester among a subgroup of minors who were 17.50 to 17.74 years of age at the time of conception.”

The effect of funding abortion

One policy in the U.S. that has had a clear impact, acknowledged by both sides of the debate, on reducing the number of abortions is the 1976 Hyde Amendment, which bars federal taxpayer dollars from going to abortion. Charlotte Lozier Institute’s Michael New pointed out that the abortion advocacy group The Center for Reproductive Rights did an analysis in 2010 which estimated that “because of the Hyde Amendment, more than a million women have been denied the ability to make their own decisions about bringing a child into the world in the context of their own circumstances and those of their families” and “according to studies looking at the impact of the Hyde Amendment, 18–37% of women who would have obtained an abortion if Medicaid funding were available continue their pregnancies to term.”

New conducted a study for the Charlotte Lozier Institute, in which he estimated that “as of July 2020, the Hyde Amendment has saved approximately 2,409,311 lives.”

Melanie Israel, a research associate at the DeVos Center for Religion and Civil Society at the Heritage Foundation, told the Register that while the Hyde Amendment has had a lifesaving effect, when states choose to fund abortions through Medicaid, abortion rates go up. She cited an Illinois 2018 law implementing taxpayer funded abortion and the subsequent rise in abortions.

According to data that the Illinois Department of Healthcare and Family Services supplied the local NewsChannel 20, “the state reimbursed providers for 1,561 abortions from January-June 2018. From January-June 2017, a DHS spokesman said the state provided reimbursements for 84 procedures. That’s an increase of 1,477 cases, or 1,758 percent.” The Chicago Tribune reported this spring that the “number of abortions performed in Illinois increased by almost 10% in 2019, with about 4,000 more terminated pregnancies reported than the previous year.” Israel said in this case and others that “there’s a very obvious relationship there that we can see when we have these policy changes — both pro-life policy changes and, unfortunately, pro-abortion policy changes.”

Israel said that one area states should watch in the coming months is for a rise in chemical abortions as “we expect the Biden administration to weaken restrictions on abortion pills and open it up to abortion pills by mail and telemedicine abortion.” She noted the 1.7% rise in abortions last year, according to the most recently available data from the Centers for Disease Control (CDC), and said that “chemical abortions are happening very, very early in pregnancy and that’s going to be a very real challenge for states to combat.” The percent of abortions that were chemical abortions increased from 40% to 43.7% between 2018 and 2019.