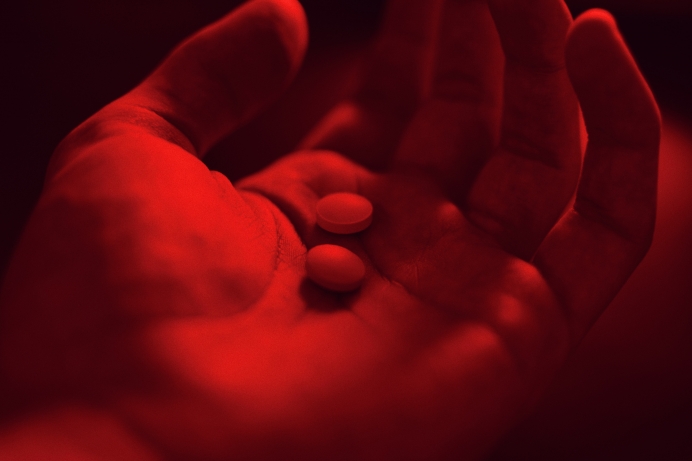 Leaders from more than 20 pro-life, Christian and conservative organizations wrote to the U.S. Food and Drug Administration (FDA) this week urging removal of the abortion pill from the U.S. market.

Citing the FDA’s own data and risk classification system for drugs, the groups called on the federal office to classify the abortion pill as an “imminent hazard to the public health” that poses a “significant threat of danger.”

“We urge you to protect American women and preborn children by removing the abortion pill (mifepristone) from the US market,” the pro-life coalition said. “This lethal drug that the FDA permits for killing innocent preborn children during the first 10 weeks of pregnancy is also highly dangerous for women.”

“The abortion pill is so dangerous the FDA placed it under a “risk evaluation mitigation strategy” (REMS),” the groups wrote.

The REMS “(requires) that the pill (Mifeprex/mifepristone) be prescribed and dispensed in a healthcare setting, hospital, or clinic.”

Further under the REMS, women receive written disclosure of the abortion pill’s side effects, “which include hemorrhage, excruciating abdominal pain, and severe, potentially life-threatening infections,” and the prescribing clinician must also be capable of diagnosing ectopic pregnancy, a serious condition and leading cause of maternal death, the pro-life groups said. If an ectopic pregnancy goes undiagnosed, they noted, a woman could wrongly ascribe her severe pain and heavy bleeding to the usual abortion pill side-effects.

Chemical abortion pills are increasingly being dispensed outside FDA standards in various scenarios, including approved trials for abortion pills by mail, individuals or groups selling them illegally on the internet, and relaxed FDA guidelines during the coronavirus pandemic.

Gynuity Health Projects, a New York-based “reproductive health,” group got approval for its TelAbortion trial by the FDA in 2015 and is currently dispensing abortion pills by mail in 13 U.S. states.

In May dozens of pro-life and family organizations had written to the FDA, urging seizure of the website domains for two organizations accused of illegally prescribing and/or selling mifepristone in the U.S. The FDA had sent the two organizations letters in 2019 warning that if violations continued, they could be shut down and/or their web domains seized.

Earlier this month U.S. district judge Theodore Chuang suspended the FDA’s safety requirements mandating that women get the abortion drug in person from a doctor or other certified prescriber, ruling that they constitute a “substantial obstacle” to the “right” to an abortion during the coronavirus pandemic. The American Civil Liberties Union (ACLU) had sued on behalf of the American College of Obstetricians & Gynecologists (ACOG) and other abortion-supporting groups in May demanding the suspension of the FDA’s requirement that mifepristone be dispensed in-person. The FDA has since appealed.

Calling use of the pandemic to challenge FDA safety protocols a “ruse,” the pro-life groups denounced Chuang’s ruling in the letter to the FDA this week, along with the idea that abortion drugs have constitutional status under Roe v. Wade.

“The constitutional merits of the right to abortion aside, the Supreme Court places no burden on the FDA to approve dangerous methods of abortion,” they said. “Yet, on July 13, 2020, a lone federal district judge circumvented the FDA’s considered judgement that this dangerous drug be dispensed in a healthcare setting, and enjoined the FDA from fully enforcing the REMS protocols.”

“This rogue judicial activism is a gross breach of the separation of powers, undermining the FDA’s statutory authority to regulate drug safety, while recklessly endangering American women and preborn children,” the pro-life groups added. “The FDA must fight back.”

The pro-life groups told the FDA they were “encouraged by the FDA’s decision to shut down illegal websites trafficking unapproved abortion pills into the U.S.,” but warned that despite the risks, for years “the abortion industry has sought the total removal of all safety protocols and has even encouraged illegal means to circumvent REMS.”

Tweet This: The abortion industry has for years sought the total removal of all safety protocols & has even encouraged illegal means to circumvent REMS

“Pregnancy is not an illness,” they stated, “and the abortion pill does not cure or prevent any disease.”

Tweet This: “Pregnancy is not an illness, and the abortion pill does not cure or prevent any disease.”

Heartbeat Intentional, which manages the Abortion Pill Rescue Network (APRN), was a participant in the letter.

The coalition of groups writing to the FDA was led by pro-life group Live Action.

“The abortion pill has resulted in over 4,000 reported adverse events since 2000, including 24 maternal deaths,” the pro-life groups stated, citing the FDA’s adverse event reporting system.

They called attention to the likelihood that adverse event numbers are even higher, given that these events are “notoriously underreported to the FDA,” and also that since 2016, abortion pill manufacturers have only been required to report maternal deaths to the FDA.

Adverse event totals are unreliable, according to the groups. Abortion pill manufacturers get the information from the abortion pill prescribers, such as Planned Parenthood or other abortion providers, and the numbers do not account for adverse events ending up at other facilities, such as a hospital emergency room where a woman would seek medical care should complications occur with a chemical abortion. These other facilities not required to notify the FDA of adverse events resulting from abortion pills.

“Women who experience side effects like heavy bleeding, abdominal pain, or severe infections are likely to seek care at emergency rooms, not the abortion facilities where they received the pills,” the pro-life groups stated. “Since emergency rooms are not required to report abortion pill adverse events to the FDA, the true number of adverse events is impossible to assess.”

The groups went on to warn that, “the abortion pill poses a four-times higher risk of complication than surgical abortion in the first trimester,” citing the Association of Pro-Life Obstetricians and Gynecologists (APLOG).

“Yet, abortion industry advocates recklessly insist on the abortion pill’s later-term use; its availability without a prescription, blood work, or ultrasound,” they wrote, “and the total elimination of what little informed consent REMS currently provides.”

The APR protocol involves prescribing a bio-identical form of progesterone, the natural hormone in a woman’s body that allows a pregnancy to thrive, to counter the effects of the first abortion pill. The treatment is a newer application of an FDA-approved drug used for decades to stop miscarriages.

To date more than 1,000 lives have been saved with the abortion pill reversal process.

David Daleiden
President and Founder
The Center for Medical Progress