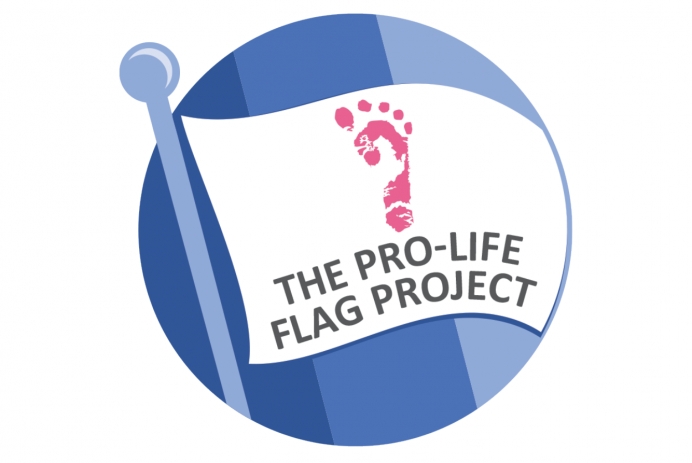 Pro-life and artistic? Lend your passion and design talent to the Pro-Life Flag Project contest

Aiming to unify the pro-life movement - a movement of thousands of organizations and hundreds of millions of supporters worldwide – the Pro-Life Flag Project is calling on designers to participate in a contest that will ultimately result in a “single, well-known, unifying flag.”

Founder of the Pro-Life Flag team, Will McFadden, first had the idea for a pro-life flag in 2017 while marching in Washington D.C. at the national March for Life. It was then he noticed there was no flag that identified the entire movement – no common, unifying symbol.

The project – and design contest – grew from that realization.

The Pro-Life Flag Project is a “grassroots initiative designed to facilitate the creation of a universally recognized symbol for the pro-life movement – a symbol that unifies, brands, and raises awareness,” according to the website.

Why a flag? The leaders of the project believe that “creating, promoting, and proudly flying a unified, freely-reproducible pro-life flag across the country will wildly help the movement in its already-unified aim: end abortion.”

With the vision of “branding the pro-life movement as caring to both the preborn and their mothers,” the contest guidelines require that each design entry contain elements that represent both the child and the mother of the child. Additional design guidelines can be found HERE.

Tweet This: The Pro-Life Flag Project aims to create a unifying flag showing how the pro-life movement cares for both the preborn & their mothers

Project leaders point to the far-reaching impact of the internationally recognized Precious Feet lapel pins. Modeled after a photo of the tiny feet of a 10-week-preborn baby, this pin has served as a worldwide pro-life symbol since its creation in 1979.

“It is this little pin’s heritage that is laying the groundwork for a new, updated symbol of the pro-life movement,” those behind the project state. Heritage House, the pro-life organization that has sold these pins for decades, is among Pro-Life Flag Project’s organizational partners.

Submissions for the professional design category will be accepted from June 20, 2021 – June 27, 2021. Guidelines for the contest - including the application – can be found HERE.

The design contest also includes an amateur category, which will accept design submissions through June 18, 2021. Additional information about the non-professional category can be found HERE.

After the final submission deadline, Pro-Life Flag Project team members and leaders of partner organizations expect to choose about six design finalists and work with the designers as they refine their designs.

By July 30, the team plans to have a winner – one flag design – representing the entire pro-life movement. Top design winners will receive cash rewards and flags will be available for ordering.

And then, project leaders are hopeful that this one flag will unite a community of millions of supporters.

According to McFadden, “flying or displaying the pro-life flag will be a means by which everyday pro-life supporters can stand in solidarity with the national pro-life movement. People around the country, regardless of their stance on abortion, will see the flag, know its meaning, and be compelled to think about the reality of abortion.”

The team hopes for widespread use of the flag image. “Let’s put it on bumper stickers, t-shirts, lapel pins, hats, and flagpoles. With the wide reach that pro-life organizations have, we can create an America so full of the pro-life flag that every day, millions of people will be reminded of the reality of abortion and of the determined pro-life movement that fights to abolish it.”