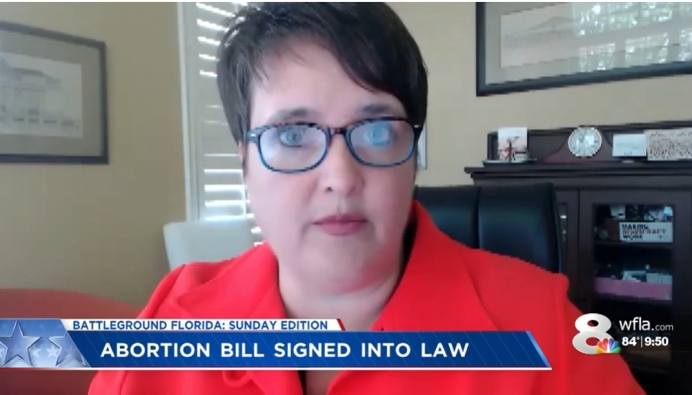 (LifeNews) The abortion industry is trying to stop parents from being parents to children both inside and outside of the womb.

Right now in Florida, abortion advocacy groups are working to undermine a new parental consent law that requires an underage girl to have at least one parent’s consent before she goes through with an abortion. Gov. Ron DeSantis signed the law last week.

This week, the Floridians for Reproductive Freedom has a new website set up to help young girls get secret abortions without their parents’ knowledge or consent.

WFLA News 8 reports the abortion advocacy groups aim to help young girls get judicial bypasses if they feel that they cannot or do not want to tell their parents.

A judicial bypass allows an underage girl to ask a judge for permission to have the abortion, rather than a parent. The waiver is supposed to be for girls in abusive family situations, and abortion activists use those situations to gain support for their efforts; but they are willing to help girls who simply don’t want to tell their parents, too.

As the website states, “Most young people talk to their parents when they need an abortion – but some can’t, for their own safety; and others simply don’t want to disappoint their parents.”

But state Sen. Kelli Stargel, R-Lakeland, who sponsored the law, said she once was that pregnant teenage girl. Unmarried and afraid, Stargel said she considered having an abortion but chose life for her child instead, the Miami Herald reported earlier this year.

“When I told [my mother] I wanted to have my child, she supported me,” Stargel said. “Everyone thinks that their parent is going to kill them or kick them out. I was shocked at my mother’s response as a child when I went through this.”

“I think this is strengthening the family and making sure that when you have those difficult situations that there is a conversation. A discussion,” she continued.

Progress Florida, one of the pro-abortion groups behind the website, claims Stargel’s law violates girls’ rights, and the new website is designed to help them.

“Going through a court process is something many teenagers would be very intimidated about tackling on their own,” spokesperson Amy Weintraub told the local news. “It requires multiple visits to your local courthouse. It means you have to interface with attorneys, court clerks, judges. That’s not something most Florida teenagers are used to or would want to try out.”

Her organization is one of dozens involved in the pro-abortion coalition. Others include Planned Parenthood and independent abortion facilities that make money aborting unborn babies.

Many of these groups claim to be pro-choice, but the website does not provide information to teenagers about their choices. It promotes abortions and even warns young girls not to go to pro-life pregnancy resource centers, which provide free pregnancy tests, options counseling and other forms of support.

About 1,500 underage girls have abortions in Florida each year, and about 200 request judicial waivers so they do not have to tell their parents, according to the Miami Herald.

Parental consent laws protect young girls. They help young victims of sexual abuse who may be forced or coerced into an abortion by their abuser. The laws also help protect vulnerable teens from making a hasty, uninformed decision to abort their unborn babies – something they may later regret. Research shows that these laws help save unborn babies from abortions.