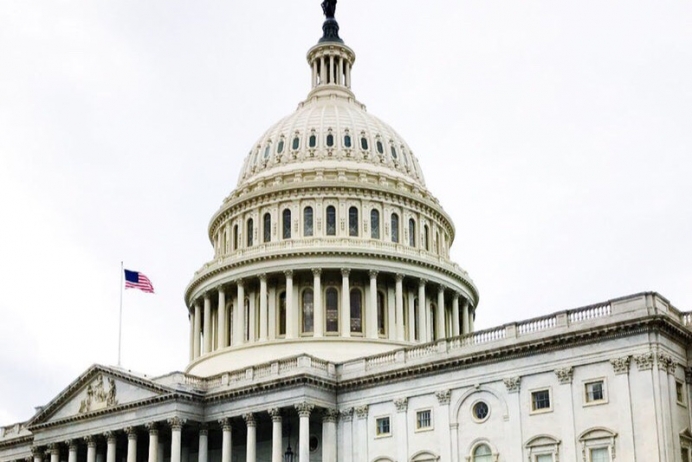 This week, pro-abortion legislators defeated a piece of legislation that sought to protect infants who survive botched abortions in the U.S. Senate.

Oftentimes, legislation consists of hundreds of pages of legalities and long-winded political rhetoric But the Born-Alive Abortion Survivors Protection Act does not follow that trend. Instead, it simply provides abortion survivors with the same rights that our Constitution provides to any other infant born in this country.

This legislation should have received bipartisan support. Surely, Republicans, Democrats, and Independents can agree that babies who survive botched abortions deserve the same protection as any other baby that is born.

We can all agree, can’t we, that there isn’t a more vulnerable person than a defenseless baby right after birth? We may not agree on when life begins, but can we not all agree that a fully formed, born baby meets the definition of “life”?

I am not easily shocked, but this week, I watched one of the major political parties in this country and seven presidential candidates stand in opposition to this bill.

I watched as U.S. Senators—many of whom are moms, dads, and grandparents—went on the Senate floor and openly rejected a bill that would simply protect a baby born alive after a botched abortion.

How can this be? What could possibly drive elected officials in one of the most advanced societies this world has ever seen to oppose a bill that would protect the most vulnerable in our society?

We have stood and fought for countries around the world when infanticide entered their cultures. We have freed populations from tyrannical reign as we defended those who couldn’t defend themselves.

Yet we refuse to do the same when the opportunity is in front of us here in our own country. We could have, through a simple vote, protected the most vulnerable in our society. We could have—but we didn’t.

Politicians, instead, decided to grandstand and choose their abortion ideology over the lives of fully formed, viable born babies.

That may sound harsh to some, but I have struggled to reach another conclusion. What could possibly possess someone to oppose protections and rights for newborn babies?

Tweet This: "What could possibly possess someone to oppose protections and rights for newborn babies?" - @AndrewHWood #prolife

The circumstances by which they were born should not determine whether they have rights or not. A baby born through a traditional birth or through a botched abortion is still a baby, and in this case, a citizen that these politicians are bound by oath to represent.

Where are the town halls on mainstream media outlets discussing this bill? Where are the articles and op-eds exposing the power of the abortion lobby over political candidates? When will we see the outcry by these outlets for the vulnerable babies who survive botched abortions being left to die? When will these outlets interview the men and women who are alive today because a medical professional stepped in and saved their lives after a botched abortion?

Some would argue that the pro-life label is toxic and should be removed from our narrative and vocabulary. I don’t subscribe to this thinking. There are 3,000 abortions occurring daily in this country. We have facilitated roughly 60 million abortions since 1973, and just this week, Senate members refused to stand in opposition to infanticide.

Being pro-life matters now more than ever, and new polling shows that many are joining this fight.

Some choose to call me extreme for my positions on abortion and life. So be it. My extremism has me fighting for the life of every human, while pro-abortion extremism has them fighting to end the life of born and unborn children they deem “disposable.”

The lack of leadership shown in the halls of our nation’s Capitol this week is heartbreaking, but it will not break our resolve to stand for those who are unable to stand for themselves.