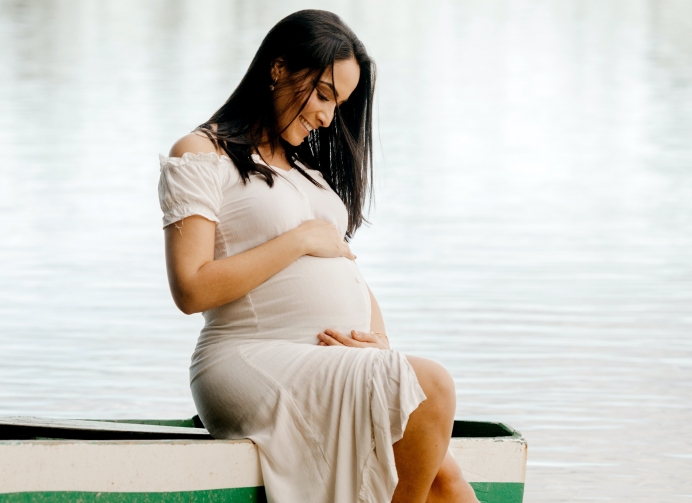 (CBN News) As the Supreme Court considers oral arguments in the Dobbs abortion case, challenging a bipartisan Mississippi law protecting life at 15 weeks, advocates of abortion on demand are claiming that women will not have necessary support during their pregnancy should Roe be overturned.

Fortunately, this claim amounts to Chicken Little shouting, “The sky is falling!” Throughout the U.S., in all 50 states, there are over 2,700 pregnancy centers equipped to provide women with the help, support, and referrals needed to empower them, whether they decide to parent or place for adoption. These centers are staffed by 68,832 staff and volunteers, approximately 15% of whom are licensed medical professionals – which equates to over 10,000 physicians, nurses, sonographers, physician assistants, and other healthcare professionals.

Pro-life pregnancy centers are popular in communities for pregnancy-related services (including counseling, medical care, and myriad other resources) - as well as the compassionate and respectful atmosphere in which services are delivered. Indeed, client/patient satisfaction is the single best evidence to validate the high level of appreciation centers enjoy. Long-term data collected from client exit interviews by one national network association, Care Net, demonstrates 97 percent positive client satisfaction on average per center by women (and men) clients for the past 13 years. In 2019, the last year this outcome was studied on a national level for over 2,000 pregnancy centers, on average 99 percent of clients reported having had a positive experience at their pregnancy center.  This astronomically high satisfaction rate is unheard of in most American businesses. In 2018, Forbes, using the American Customer Satisfaction Index, found Chick-fil-a to be the highest-rated business for customer satisfaction with a rating of 86.0–and everyone loves Chick-fil-a!

Tweet This: Long-term data demonstrates 97% positive client satisfaction on average per pregnancy help center by women & men clients for the past 13 yrs

Indeed, it is the women who visit centers themselves who have been the leading source of pregnancy center marketing in communities for decades.

National polling conducted in both 1997 and then more recently by the Lozier Institute in 2014 demonstrate a consistent positive image of centers through the most common way in which women said they learned about centers in their respective communities. For the two polls, similar survey questions were asked.  Women who said that they had either been to a pregnancy center, or knew someone who had been to a center, were asked how they learned about the existence of a pregnancy center in their area. The top response remained “from a friend” or “word of mouth” at 32 percent in 1997 and then 41 percent in 2014, even beating out the Internet. Medical providers in private and public settings are increasingly referring to pregnancy centers as well, given that 14 percent of women cited a “doctor’s office or clinic referral” in 2014 in response to this same survey question. Asked whether they knew if they had a local pregnancy center which does not offer or refer women for abortions, women’s responses jumped from 49 percent in 1997 to 69 percent in 2014.

Remarkably, in the 2014 poll, of women who had either visited a pregnancy center themselves or knew of someone who had, an overwhelming majority (89 percent) reported positive experiences regardless of their personal position on abortion. The polling sample was likely to be statistically accurate because of its high correlation with other national surveys related to adult views on abortion in America at that time. The response to a similarly asked question in 1997 of women who had been to a center themselves was that 98 percent indicated the centers had a positive impact.

These polling results confirm what we know, women who visit pregnancy centers are the strongest advocates and spread the word about their positive experiences to others. Their sharing about the organizations as a resource reflects the confidence women place in pregnancy centers as trusted sources for information and care during a time of need. Whether during options counseling, support consultations, parenting and prenatal education sessions, health care appointments or numerous other vital services provided, pregnancy centers reach women and families in impactful ways across the country.

In 2019 alone at centers in the U.S., almost 2 million people received various services valued at approximately $270 million, almost always at no cost to the recipient. Those receiving services included nearly 300,000 moms and dads completing parenting education, and nearly half a million women being administered free pregnancy confirmation ultrasounds. Over 2 million baby clothing outfits, 1.3 million packs of diapers, and 30,445 new car seats were provided for free, among many other material services.

“Empower Women, Promote Life,” a theme often used in support of Dobbs, encapsulates an operative principle at work at pregnancy centers. By providing compassionate, competent, and professional care, pregnancy centers empower women to make informed choices, and lives are protected. It is a winning formula for consistent positive customer satisfaction and positive image appeal. These figures stand tall against surreptitious efforts to misrepresent and attack the image and credibility of pregnancy centers.

Appreciation and public opinion of pregnancy centers have stood the test of time. Regardless of the outcome in the Dobbs case, the pro-abortion contingent will hopefully soon learn, as Chicken Little did in the well-known fable, that the sky is not falling. Rather, pregnancy centers have created a long-standing and well-documented history of life-changing care. Every day, thousands of pro-life Americans devote countless hours and millions of dollars to support others facing a pregnancy decision, regardless of their circumstances or ultimate decision.

Tweet This: Pregnancy centers have created a long-standing and well-documented history of life-changing care.

Tweet This: Every day, thousands of pro-life Americans devote countless hours and millions of dollars to support others facing a pregnancy decision.

Editor's note: Moira Gaul, M.P.H. and Jeanneane Maxon, J.D. are Associate Scholars at the Charlotte Lozier Institute. This article was published by CBNNews.com and is reprinted with permission.