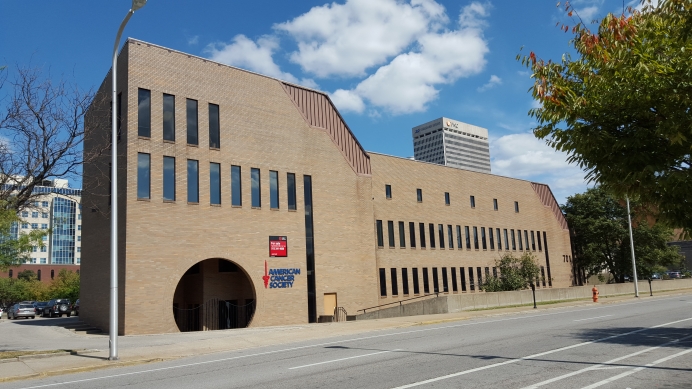 Pregnancy Center to Move in 4 Blocks from Louisville Planned Parenthood

A Women’s Choice Resource Center of Kentucky plans to open a new, larger location in early 2017 that will not only increase their reach and pull their services under one roof, but position them to compete toe-to-toe with Planned Parenthood.

At just four blocks from a Louisville Planned Parenthood that was caught illegally performing abortions in late January, the new location will compliment A Woman’s Choice’ satellite location next to another abortion provider in town.

Even the street address of the new location—701 W. Muhammad Ali Blvd.—indicates a spirited bout is in store for the abortion giant.

“Planned Parenthood of Kentucky merged with the Indiana affiliate in 2013 and we have been waiting to see what impact that would have,” Monica Henderson, executive director at A Woman’s Choice, said. “We have no way of knowing if our operations are going to impact what they do. It’s too big and it’s too new and we haven’t had them as a major player.”

Though Planned Parenthood ended its contract for federal family planning dollars from the city of Louisville just before it opened its new location and began offering the now-halted abortions procedures, recent news coverage quoting Planned Parenthood’s director suggests the clinic has its eyes set on reopening its abortion capacity as soon as possible.

Last year, A Women’s Choice served 2,055 clients, and watched while 65 percent of what they understood to be abortion-minded clients chose life for their children. With their new location, Henderson hopes that number will grow exponentially.

Locating a pregnancy help center within close proximity to an abortion clinic has become a common theme for pro-life organizations, especially in recent years. One organization, Heartbeat of Miami, operates two of its four medical clinics in former abortion facilities, and watched while a Planned Parenthood across the street from one of their locations closed its doors in 2015.

“Many women that come to our clinic are out looking for abortion businesses,” Jeanne Pernia, client services director for Heartbeat of Miami, said. “Even to the point where there’s an abortion business down the street, a lot of women see our pregnancy help center, they think it’s an abortion center. We tell them that it’s not, and they’re open to hearing what an abortion really is, because [the conversation is] free. It gives them the opportunity so that they can get the information they need.”

Currently, A Women’s Choice Resource Center’s main pregnancy center, and its sister facility Necole’s Place, a life skills education center, are housed in two separate locations in Louisville. The plan is to combine the two services in one building and allow easier access to the abundant resources available for their clients.

“We have felt for a long time that the distance between [the two locations] was the primary barrier between our pregnancy center services—that is, pregnancy tests, ultrasounds, and options counseling to save a life—and helping the mom beyond the pregnancy,” Henderson said. “That’s why we started praying and looking for a building closer or under one roof, and it’s under one roof where it’s going to be.”

This new, bigger and better location will house a medical clinic on one level, and on the other floors there will be the life skills education ministry, which includes daily bible studies, GED classes, anger and stress management classes, parenting classes, on-site childcare, a computer lab, a job readiness class, and an area for serving lunch.

“We’re not just about saving the lives of unborn children, but equipping the mothers to live life in abundance and parent their children well,” Henderson said. “We don’t want to be just pro-birth and labeled pro-life, but pro-living.”

A Women’s Choice has been operating for 28 years. One of the thousands of clients they have served was a young woman named Necole Johnson.

“[She] was a client who came in 20 years ago and was very shy and ashamed,” Henderson said. “She wouldn’t look people in the eye. She was ashamed of her pregnancy

“Her counselors worked with her and she chose life. She placed her daughter for adoption—an open adoption—and the counselor continued to stay in touch. In her late 20s she was diagnosed with Lupus and in the process came to know the Lord and turned her life around. She suffered from kidney failure and died at age 32. So when we were opening Necole’s Place, her long-time counselor suggested we name it after her because her life transformation is what we want for all of our clients.”

With the purchase final at the end of January, A Woman’s Choice was able to close on the $800,000 building debt-free thanks to a matching grant proposed by an individual donor. While they raised $500,000 to help buy the building, the organization could need up to $2 million to restore and adapt the former local home of the American Cancer Society.

Henderson, her board and staff are confident everything will fall into place.

“Our primary goal is to share the Gospel and save two lives,” Henderson said. “God has provided for 28 years for us to make that happen, and we trust that He will continue to do that for us.”

To give to A Woman’s Choice or find out more about this life-affirming ministry, click here.