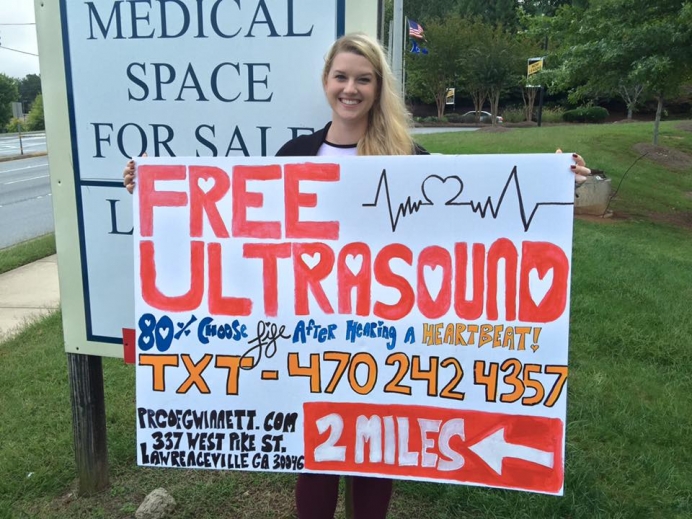 With Planned Parenthood Reeling, Georgia Could be 11th State to Fund Pregnancy Centers

Despite objections from at least one committee member, a Georgia bill that could direct as much as $2 million annually to pregnancy help organizations as approved Tuesday by the state’s House of Representatives’ Health and Human Services committee.

Although the “Positive Alternatives for Pregnancy and Parenting Grant Program” does not affect abortion services or providers in the state, Macon Rep. Nikki Randall urged fellow committee members to oppose the bill, claiming it would lead to “the slaughtering days before legal abortion in this country.”

In opposing the bill that will send funds to locally supported pro-life medical clinics, Rep. Randall combined her use of the thoroughly refuted “back-alley abortion” argument with allegations that pregnancy centers refuse to discuss legal abortion and are trying to “whittle away” legal abortion.

Robin Mauck, executive director at Pregnancy Resource Center (PRC) of Gwinnett in Lawrenceville, Ga., said her center would be one of the 70 nonprofits throughout the state to benefit from the grant program.

“I think it’s great,” Mauck said. “The bill is written in such a way that it will be used exclusively for medical uses. It could be for purchasing pregnancy tests, or ultrasound, or paying a salary for a nurse practitioner, or something along those lines.”

Pregnancy centers offering free pregnancy tests and peer counseling, are eligible to receive the funds, which can be used for any one of an eight-point services list within the legislation. The funds cannot be used for “political or religious purposes.”

Tweet This: #ppsellsbabyparts videos have awakened many to ask: What can I do? #prolife @GALifeAlliance

“I really think the videos that came out have really awakened people to ask, ‘What can I do,” Mauck, who noted several lawmakers have visited her center in the wake of the videos, said. “They are really trying to get involved, and they’re realizing there’s a second choice for what to do with those funds, rather than sending them to Planned Parenthood.”

Mauck, who volunteered in the pro-life movement for a decade before taking the reigns at PRC Gwinnett in April 2015, oversees a staff of six that includes two registered nurses and a registered diagnostic medical sonographer.

While she embraces what the new funding stream could mean to her center’s clients, Mauck said she, her staff, and board of directors are committed to a more holistic vision of service that would make the funds a plus, but not a necessity.

“Anybody can have a ‘Christian medical clinic’ where people go in and they hear Christian music and they leave, but there’s never an opportunity for the gospel to be presented,” Mauck said. “That’s not what we want it to be. We still want it to be very ministry-driven, but at the same time, offer those medical services.”

Backed by Georgia Alliance for Life, the bill, SB 308, was originally proposed by state Sen. Renee Unterman (R-Buford)—who represents Mauck’s district—and approved, 38-16, in a Feb. 11 vote by the state Senate.

Sen. Unterman, the sponsor of a Jan. 27 state Senate resolution honoring pregnancy centers previously backed Georgia’s “Women’s Right to Know Act” in 2005, requiring that women seeking an abortion in the state have access to a full range of information on abortion, including associated risks, as well as up-date information on free ultrasounds at pregnancy help medical clinics.

The Atlanta Journal Constitution reports the House Rules committee will review the bill before it is sent to a floor vote.