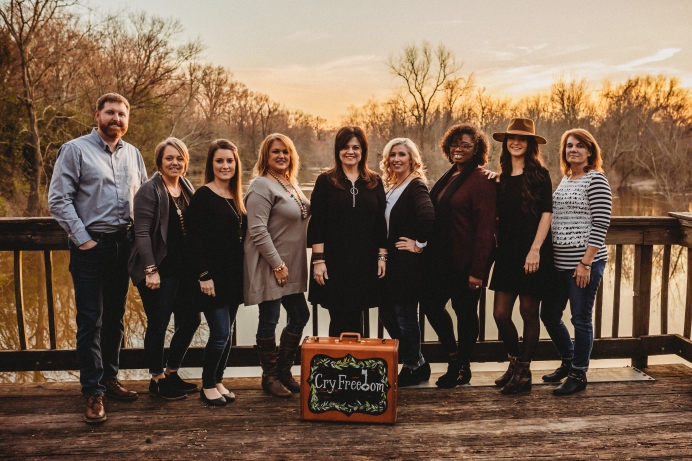 When “Allison” came to Wayne Pregnancy Center, she was homeless—living on the street, in hotels and in crack houses. She didn’t know how far along she was in her pregnancy. As it turned out, she was over eight months pregnant.

Beverly Weeks, executive director of Wayne Pregnancy Center, later found Allison in a hotel room during their weekly hotel outreach. Allison’s ID and pocketbook had been stolen. Weeks gave her food, toiletries, and her phone number, which Allison stuffed in her bra. Through multiple encounters, Allison began to trust and open up to Weeks.

A couple of weeks later, Allison called Weeks to ask her to assist with the delivery of her baby, and chose adoption for her child. In one of their conversations, Allison disclosed that she had been trafficked throughout Eastern North Carolina.

“When I heard about Allison being trafficked, I grieved for her,” Weeks said. “Most sex trafficking victims don’t turn in their abductors out of fear. I grieve for all clients who have been hurt by sex trafficking, who carry around that deep inner pain and trauma with no one to walk it out with. My initial reaction was not shock—sex trafficking is a lot more common in North Carolina than people realize.”

Allison was arrested and sent to jail due to prostitution. However, she participated in the life skills program provided by Cry Freedom Missions, an outreach of Wayne Pregnancy Center, and gave her life to Christ. Weeks and her staff met with the legal team and judge to have Allison released from jail. Upon her release, Wayne Pregnancy Center referred her to a Christian rehab center, then placed her in a safe house. At the safe house, Allison is going through sexual trauma therapy, working on a post-abortion healing program, pursuing her GED, and learning life skills, job skills and community re-entry skills.

The Birth of Cry Freedom

What began as a jewelry line to help benefit sex trafficking victims, today Cry Freedom Missions is a branch of Wayne Pregnancy Center, helping Allison and many other women and men who were victims of abuse and sex trafficking.

“When people are sex trafficked, they have a lot of fear, shame, and don’t trust anybody,” Weeks said. “They tend to protect their traffickers.”

While working at the pregnancy center, Weeks and her team started to notice that some of their clients were different than other clients. They re-wore the same clothes appointment after appointment, had addictions, and carried no ID.

One day, Weeks felt compelled to drive home a client who had no transportation and the client led her to a hotel known for drug abuse and prostitution.

Weeks and her staff began to meet and discuss ways to make a difference. After much prayer and guidance, they decided to create the Cry Freedom Missions program.

Today, Weeks and her team visit hotels and areas known for sex trafficking and drugs to provide free pregnancy tests, ultrasounds, food, toiletries and other materials.

“We see women and men every day who long to have real conversations about their needs and how they can change,” Weeks said. “They are desperate for people to love them without judgement and meet them right where they are.”

Many of their clients have been arrested on charges ranging from theft to prostitution.

Cry Freedom Missions partnered with the local sheriff’s department to go into the county jails and assess, identify and serve many of the same people they built relationships with in the hotels. In the jails, Cry Freedom Missions offers classes that provide life skills, parenting skills, resume and job skills. That’s how Cry Freedom Missions reconnected with Allison during her stint in jail.

Through intake forms, Cry Freedom Missions found that 90 percent of the incarcerated women had abortions in their past, so the organization began to offer them post-abortion support.

The connection between sex trafficking and abortion has taken the interest of the pregnancy help community for this very reason. Because pregnancy centers like Weeks’ often serve as first responders to an unexpected pregnancy for a human trafficking victim, they are perfectly positioned to help preserve the dignity and freedom of both women and their babies who come through their doors.

Cry Freedom Missions is providing one example of what that assistance can look like.

In addition to post-abortion support, Cry Freedom Missions has a peer support specialist working in the Wayne County Jail to meet individual needs. Ultimately, their goal is to get clients away from pimps and into safe houses and rehabilitation facilities.

It costs approximately $500-$800 a month to keep a single client in a rehabilitation facility. To help offset that cost, the pregnancy center partnered with Tara Lancaster, the original founder and designer of the Cry Freedom jewelry line, which includes necklaces, bracelets, earrings, salt scrubs, bath scrubs and leather products. Clients create each item and receive a wage, with the rest of the money going to provide needs for the client. 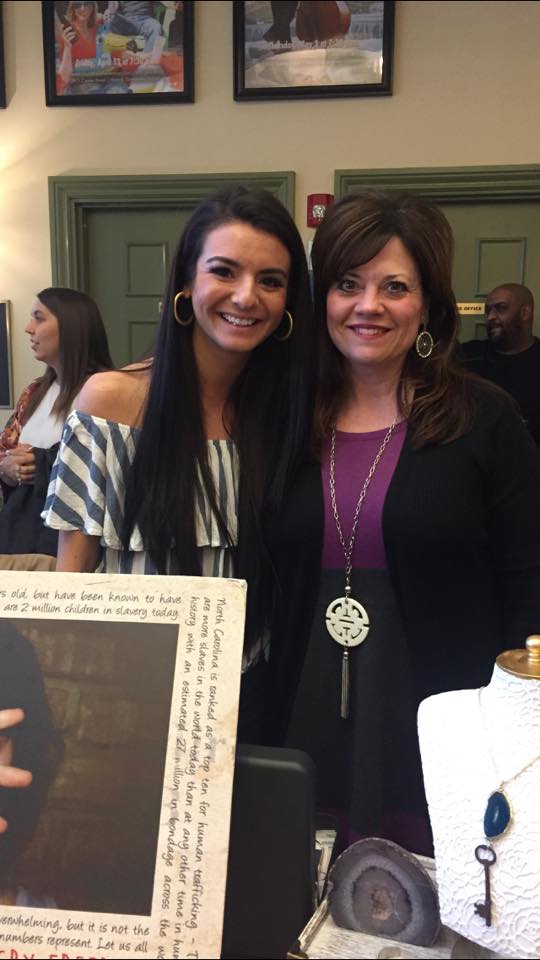 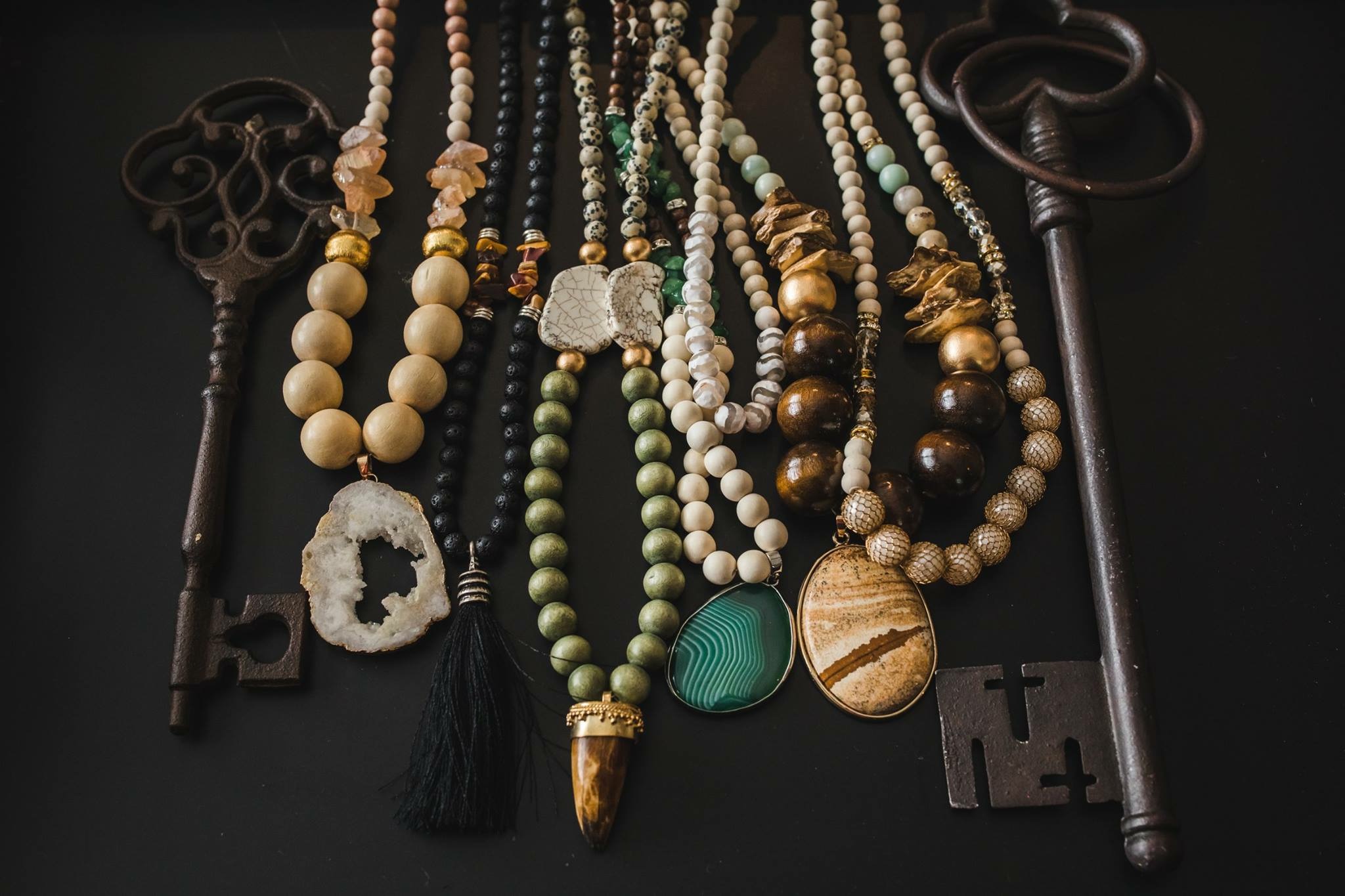 “Creating jewelry builds clients’ self-confidence,” Weeks said. “It also gives them a sense of independence and equips them with job skills that are necessary to help them re-engage in the community by becoming contributing members.”

Tweet This: Here's how #prolife pregnancy centers can respond to the twin issues of human trafficking and abortion.

Wayne Pregnancy Center is currently constructing a Cry Freedom Missions wing as an addition to their building to offer clients classes on life skills, cooking, sewing, parenting skills, resume building skills, self-worth and value classes, as well as classes on dealing with sexual trauma. The wing will even have an area for clients coming off the street to take a shower or enjoy a hot meal.

The 1,700 square foot wing is being built completely by volunteer contractors and all of the furniture has been donated. Estimated construction costs are over $200,000. To rally donors behind the project, Weeks and the assistant director, Jonathan Chavous spoke at conferences and posted on social media.

“When you share stories, people want to be a part and want to be stakeholders,” Weeks said. “The community support has been overwhelming. It made me realize there is a lot of people in the community with good hearts who want to reach out to help others in crisis situations. Truth is we are all just one poor decision away from changing the rest of our lives. Even though they may not be called into the trenches, the crack houses, the jails, they still want to love and serve and empower our team.”

The Reality of Sex Trafficking Ministry

Many victims of sex trafficking are runaways or LGBTQ people who have been kicked out of their homes. Sixty-six percent of trafficking victims said that drug abuse led to the sexual abuse, and 84 percent have used drugs while being trafficked, according to the AMA Journal of Ethics.

“We have to look further into how to help,” Weeks said. “If your family kicks you out of their home, you’re desperate and need food or shelter. Many times traffickers will offer food, shelter or drugs in exchange for prostitution.”

Sex trafficking is a $150 billion industry.

“You can sell a bag of drugs one time, but you can sell humans many times over,” Weeks said. “A pimp is more likely to be struck by lightning than to be caught for sex trafficking.”

Cry Freedom Missions has trained law enforcement agencies, hotel operators, schools, and churches about how to spot and help sex trafficking victims by referring them to outside agencies. In addition, they have taught schools about the dangers of predators on social media and even popular online video games like Fortnite.

“Pregnancy resource centers need to be at the forefront of education, providing resources and helping victims of sex trafficking,” Weeks said. “People don’t realize that pregnancy centers are not just about teaching abstinence in middle and high school grades. We want sexual health for everyone—adults and men and women who are victims of sex trafficking and abuse, too.”

With jail ministry and hotel outreach, Cry Freedom Missions has security measures and an emergency response team to protect against threats.

“We use wisdom while partnering with local authorities,” Weeks said. “The Bible reminds us ‘No weapon formed against you shall prosper.’ If God calls you and your organization to a ministry, He will guide, protect, and provide resources for you.”