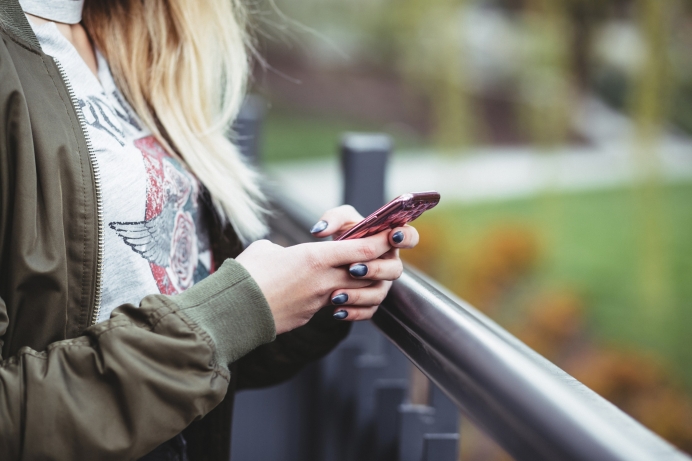 (Catholic News Agency) The release and success of the pro-life film "Unplanned" is being credited with an uptick in women seeking information on reversing chemical abortions.

Abortion Pill Rescue Network, run by Heartbeat International’s Option Line, has seen a recent spike in calls from women seeking to reverse their abortions since the film’s release.

Following the release of "Unplanned" in theaters on March 29, the hotline registered a 30 percent increase in calls compared to a normal weekend.

Andrea Trudden, the director of communications and marketing for Heartbeat International, told CNA that the sudden surge of interest was “definitely very interesting.”

“We do believe that [the sudden surge] was attributed to Unplanned, specifically."

Calls to the hotline have been both from women inquiring about reversing their abortions, and from people interested in learning more about abortion pill reversal and how they can spread the word, said Trudden.

In the film, Johnson’s own chemical abortion is featured on screen, and on-screen dialogue explains how such abortions can be reversed. A number shown on screen at the end of the film connects viewers with various resources, including the Abortion Pill Rescue Network.

The APRN was founded in 2012 and merged into Heartbeat International last year. The spike in interest following the release of "Unplanned" is part of a trend of continually rising interest.

With Heartbeat International’s involvement, a live chat feature was introduced to the APRN website. Since that addition, the group says it has seen the number of calls per month quadruple.

Trudden explained to CNA that calls to the APRN hotline have to be screened, but that women are then connected to medical professionals who can work with a caller to reverse the effects of the abortion pill.

A chemical abortion is a two-step process that involves the ingestion of two drugs: mifepristone and misoprostol. The first drug, mifepristone, effectively starves the unborn baby by blocking the effects of the hormone progesterone. The second drug, misoprostol, is taken up to two days later and induces labor.

The abortion can be reversed after a woman takes mifepristone, but before she takes misoprostol—though this must be done quickly, Trudden explained.

If an ultrasound confirms the unborn baby is still viable, the mother is given a large dose of progesterone to reverse the effects of mifepristone, with additional doses of progesterone needed throughout the first trimester.

As part of the process, APRN also refers all women to a help center for support throughout the remainder of the pregnancy.

A study of successfully reversed abortions indicated good health outcomes for the children, Trudden said, with no increase in birth defects and even an overall lower preterm delivery rate than the general population.

Since 2012, when the APRN was established, more than 500 babies have been born after their abortions were reversed. Trudden told CNA that there are currently 150 women expecting babies in the near future after reversing their abortions.

Chuck Kozelman, co-writer and director of "Unplanned," called the increase in the number of women seeking to reverse their abortions “wonderful.”

“We are in a moment of heightened awareness that abortion is the termination of a human being,” Kozelman told CNA.

“Many women who have chosen abortion wish they could go back and change their decision. What we’re seeing is that many of the women who still are capable of reversing that decision are doing so, and we think it’s wonderful.”