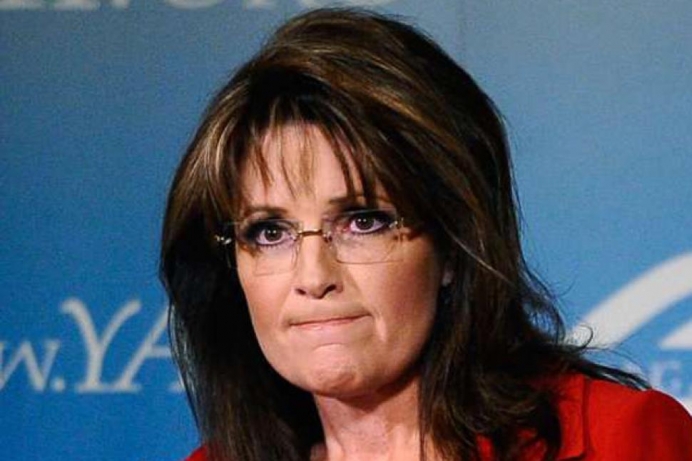 When named the vice presidential nominee in 2008, Palin was a pro-life hero. Full disclosure here; I had the opportunity to see Palin’s views up close. In 2006, just two days after Palin’s win in Alaska’s gubernatorial race, we were both at a fundraising dinner for Heartreach Center in Wasilla, AK. Palin was asked to say a few words before my keynote. When I got back home my first thought about Palin was, “She’s going to be a star."

I was impressed that just two days after winning a grueling statewide race, she took two hours out of her time to attend a dinner for a pregnancy help ministry. She no longer needed votes, but she was there anyway. She was strongly pro-life, a rising chief executive and had a presence that I thought would connect with voters.

Palin’s endorsement of Trump the other day then, was somewhat surprising. There are many issues in this race, of course. Protecting life, to me, is most important—but I have been around politics long enough to know there are pro-life individuals who do not share my passion for making life the first issue.

Still Trump, just 17 years ago, said he was “very pro-choice” as he told the late Tim Russert he favored legal partial-birth abortion.

Trump’s conversion to the pro-life view, he says, took place when friends were considering aborting their child, but went on to choose life. “And that child today is a total superstar,” Trump said. But when asked whether he would have changed his mind on abortion if the child had not turned out well, he told a reporter, “Probably not, but I’ve never thought of it.”

Regarding the Supreme Court, Trump says his sister, a left-wing federal judge who struck down partial-birth abortion laws, would make a “phenomenal” justice on the high court. He also praised the controversial, pro-abortion Harvard Law professor Laurence Tribe in a recent debate, calling him a constitutional scholar.

I have no idea what a Trump presidency would look like when it comes to the Supreme Court, Planned Parenthood or defending life in general. And one has to admit, when one looks at the other major political party, Trump’s some of his remarks appear almost . . . conservative.

But for now, Donald Trump’s conversion to the pro-life view is perhaps, shall we say, “in transition.”

So, it is fascinating to see those I assumed were pro-life stalwarts jump on Trump’s bandwagon. Talk show host Laura Ingraham, seeing illegal immigration as the key issue, now touts Trump. As does the conservative firebrand and columnist Ann Coulter. After seeing Trump’s immigration stance, Coulter tweeted, “I don’t care if @realDonaldTrump performs abortions in White House after this immigration policy paper.”

What are we learning here?

This is not to disparage Sarah Palin, Laura Ingraham, Ann Coulter or anyone else. And each of them may know something I don’t. But let’s be real here. Every election, an issue (or issues) knock the sanctity of life off of the front burner, at least for some.

This year, ISIS, illegal immigration and the economy are those issues.

While each of these issues are certainly important, I wonder, what would happen if a country decided to put the sanctity of life on the front burner, all of the time? What if, as a country, we understood that defending “the least of these,” from the youngest to the oldest, was going to be Priority One? Would God honor that country? Would God protect that country? Would His blessings overflow upon that country?

On the political front, the good news is that many candidates and political leaders are unflinching in their support of life, regardless of the issue du jour. More good news? State by state, lawmakers are beginning to hold the abortion industry accountable for its actions. And while we are sobered by the 43rd anniversary of Roe v. Wade, let’s never forget we have many coming to our side (perhaps even Mr. Trump, who knows?) and many more who continue to stand strong.

I’m not smart enough to figure out which way the political winds will blow this election. But I do know this: The rock which is the Pregnancy Help Community will not be moved by political winds, whether those winds blow left or right.

Every morning, we will open our doors ready to reach out to the hurting. Every morning we will serve those who need us. And every single day, we will stand for the defenseless, the weak, the innocent and for those who seeking hope in a hopeless situation. This is what we do. Every day.

There is no doubt—none—that one of the reasons the abortion rate is dropping is our effectiveness in providing hope and help. And there is no doubt that we—The Pregnancy Help Community—are the best hope for those in the middle of an unplanned pregnancy, and for those little ones they carry.

Our efforts are shifting a culture’s view of life. This reality may not show its face in the latest political polling, but it can be seen in hospital nurseries and on the faces of moms and dads who tell us that life truly is a beautiful choice.I’m not smart enough to figure out which way the political winds will blow this election. But I do know this: The rock which is the Pregnancy Help Community will not be moved by political winds, whether those winds blow left or right.

Tweet This: There is no doubt the abortion rate is falling because of #prolife pregnancy help #whywemarch @KirkWalden

I’ll keep glancing at the political front. But my gaze is directed toward the true movers and shakers; those in the Pregnancy Help Community who make it Priority One to strengthen moms and dads, encourage struggling families and in the process, celebrate the value of every life God creates.

Kirk Walden is a senior writer with Pregnancy Help News, an Advancement Specialist with Heartbeat International and author of The Wall. For banquet speaking engagements, contact Gloria Leyda at Ambassador Speakers Bureau.