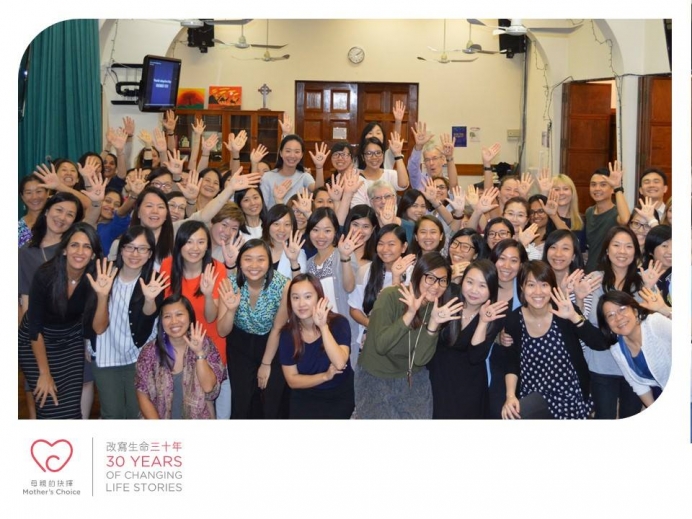 When the South China Morning Post ran a series of articles in 1986 chronicling the rise in teen pregnancies and the growing trend of young women aborting their babies in many of those cases, a young mother of six—soon to be seven—decided to do something to help.

Thirty years later and now with her daughter, Alia Eyres, serving as CEO in her place, Phyllis Marwah is celebrating a generation of life-affirming ministry that has directly touched the lives of 53,000 women in Hong Kong.

Envisioned as a maternity home for women and young girls being forced to choose between giving birth to a child and having a roof over their own heads, Marwah’s ministry, “Mother’s Choice,” quickly expanded into adoption service. Eventually, Mother’s Choice added an integrated foster care program that has—combined with its adoption component—found homes for 2,860 babies and children.

Mother’s Choice has also been active in the field of sex education, teaching and training more than half a million young men and women on a life-affirming sexual ethic. A similar effort—though not connected with Mother’s Choice—is underway in China, where the oppressive One Child Policy was slightly revised in 2015.

Originally from New Mexico, Marwah has lived in Hong Kong since 1974, where her work has inspired sister organizations in India, China and Cambodia. In 2012, the American Chambers of Commerce in Hong Kong honored her with its Women of Influence Award.

Three decades—and counting—of ministry all started with Marwah’s willingness to respond to a crisis too many around her were facing.

“When we step into the darkest moment of someone’s story and give them hope, tell them that they are valuable, that their life matters, we begin to change the story of their life,” Eyres told the South China Morning Post in an article that ran March 22. “I believe it takes a village to raise a child, and everyone has a role to play.”