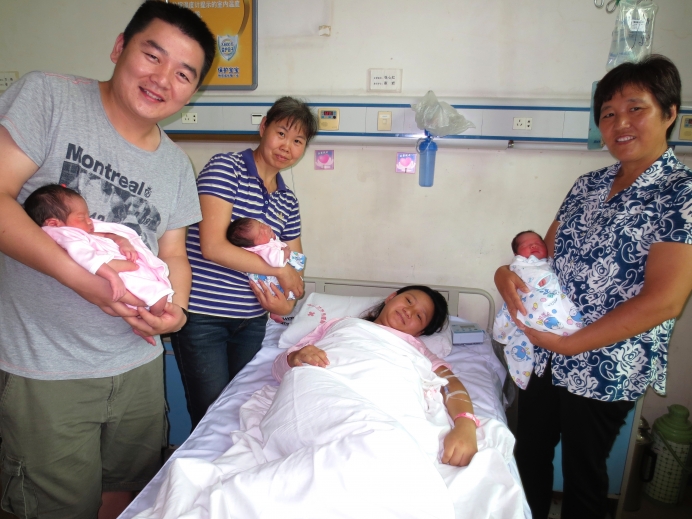 In 2016, the NGO will work on building a staff and gaining approval from 2-3 hospitals to come and set up a Good Neighbor Clinic and start training volunteer counselors and mentors. Photo Courtesy: John Ensor

With its population headed toward a steep decline, China is turning for answers to the unlikeliest place: the pregnancy help community.

The Chinese government, which had modified its One-Child Policy to allow more couples to have two children in late October 2015, is opening its doors for the first time to life-affirming pregnancy help, approving an NGO to set up offices in hospitals throughout the country.

Translated “Good Neighbor Clinics,” the NGO is basing its national model on a current location at a Red Cross hospital in Xining that was pioneered by Chinese national Feixiang Tang.

The Xining pregnancy help office is situated one room away from the office where 170 children are aborted each month. The location gives each mother the chance to know her options before proceeding with her abortion plan.

Going forward, each Good Neighbor Clinic location will offer free ultrasounds, pregnancy education, counseling and mentorship. And, like the Xining prototype, each location will be strategically placed to give every mother her best chance to connect with life-saving, ongoing help.

“The idea is to provide pure science on fetal development, education on pregnancy and ultrasound verification for women coming to the hospital primarily for their abortion,” John Ensor, President of PassionLife Ministries, said. “Women come in and talk, and learn about their pregnancy, and if they decide they still want to have an abortion, they have an abortion.

“But out of that, you can imagine, there are women who are undecided and who are ambivalent. Once they learn, they start to slow down.”

Tweet This: "Everybody has gone along with this, and so they’re quite shocked to see what #abortion is." #china

A leader in the pregnancy help community since the early 1990s, Ensor has been helping to lay the groundwork for life-saving help throughout China alongside Tang since 2011.

Together with their wives, Ensor and Tang have traveled to over 40 cities in China, training Christians on the sanctity of life and preparing them to help women and families who often face the decision between abortion and the risk of physical harm, opposition from their own family, financial ruin or all three.

Tang will serve as the organization’s president, with Ensor and his wife, Kristen, providing ongoing training and support through PassionLife.

“We’re going out to train people in the sanctity of human life and to point them to these places where they can take what they’ve learned and begin to live it out,” Ensor said. “Our role is to get volunteers to come in, then train them to provide encouragement and mentoring for the mothers that choose to have their babies.”

Ensor later became Heartbeat International’s Executive Director for Urban Initiatives in 2006, where he oversaw the launch of Heartbeat of Miami, which recently opened its fourth location at a former abortion clinic.

In one early trip to China back in 2011, the Ensors were arrested for teaching the Bible without the approval of local government authorities. Even during that time, however, the local churches were showing a fervent interest in the value of human life.

“They’ve lived under 35 years of the One-Child Policy and pressured, if not forced, abortions,” Ensor said. “Everybody has gone along with this, and so they’re quite shocked to see what abortion is. They’re shocked to see what science teaches us about the humanity of the unborn, and then they’re moved about what the Bible teaches about the unborn and the call to rescue the innocent.

“They’re so committed to obeying the Bible that they go from sorrow and lamentation over their own involvement in abortion to zeal for wanting to help mothers have their babies.”