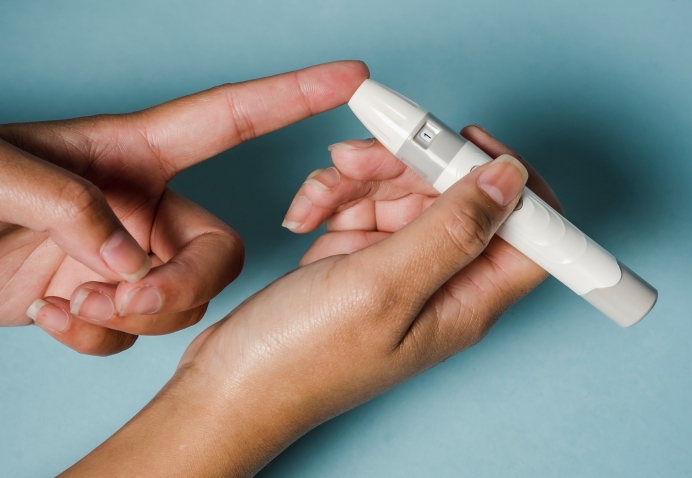 (CNA) Pro-life leaders say they are deeply disturbed by a recent New York Times investigation that found some prenatal blood tests have alarmingly high false positive results for genetic disorders that frequently result in the abortion of unborn children.

Pregnant women have been misled to believe “that a few vials of their blood, drawn in the first trimester, can allow companies to detect serious developmental problems in the DNA of the fetus with remarkable accuracy,” the Times reported on Jan. 1.

Yet the "grave predictions" that some of the most commonly used newer tests make "are usually wrong," the Times found.

Jeanne Mancini, president of the March for Life, told CNA that the findings underscore the need to provide expectant parents with greater support to prepare for the health problems their children potentially might have.

Instead, such children are "disproportionately targeted for abortion," she said.

“Parents who receive such a prognosis while their baby is in utero should be given the medical and other supports necessary to allow them to cherish the gift of life, but most often they are not supported in this way,” Mancini said.

“That prenatal tests are consistently erroneous adds an even deeper level of tragedy to the wrongful pressure on parents to abort,” she said. “In the end, every life is a gift and deserves protection — regardless of disability.”

The tests’ positive results are wrong around 85% of the time, the Times found. Yet a positive test result can amount to a death sentence for an unborn child.

Prenatal testing for conditions such as Down syndrome has been commonplace for decades. In some countries, upwards of 95% of babies who are diagnosed with Down syndrome in utero are aborted.

“It’s horrific that prenatal tests are used to ‘justify’ abortion,” pro-life leader Lila Rose of Live Action reacted on Twitter. “Every child, regardless of their health, deserves a chance at life and to be loved.”

Father Matthew Schneider, LC, who identifies as autistic, tweeted to his nearly 60,000 followers that “Prenatal testing often leads to abortion for disabled babies.”

“This is the ‘Throwaway culture’ in action,” said Schneider, who went on to ask when our culture will "respect the lives of the unborn & disabled.”

Tweet This: Some prenatal blood tests for genetic disorders have alarmingly high false positive rates & often result in the abortion of unborn children

The Times report made only passing reference to prenatal blood tests for Down syndrome, the most common chromosomal condition diagnosed in the United States, according to the U.S. Centers for Disease Control and Prevention.

The Times said screenings for Down syndrome "work well, according to experts."

The newspaper's investigation instead focused on more recently developed tests for less common disorders that it said fuel a lucrative but unregulated prenatal testing industry that generates billions in revenue each year.

Some of the companies that share in this windfall misleadingly tout their tests as "reliable" and "highly accurate," the Times found. One company advertised “total confidence in every result” on its prenatal testing website but said nothing about how often false positives can occur, the Times noted.

"Some of the companies offer tests without publishing any data on how well they perform, or point to numbers for their best screenings while leaving out weaker ones," the report said. "Others base their claims on studies in which only one or two pregnancies actually had the condition in question."

While the Times report does not delve deeper into screening for Down syndrome, pro-life advocates stressed that those tests, too, can be unreliable.

“The New York Times is bringing attention to a serious problem, but their reporting could have gone even further,” Dr. Tara Sander Lee, senior fellow and director of life sciences at the Charlotte Lozier Institute, the research arm of Susan B. Anthony List, told CNA.

“More than a dozen states now prohibit discrimination against unborn babies based on these unreliable prenatal screenings,” Lee added. “A significant number of healthy babies without any risk for disease are being aborted, and a significant number of differently-abled babies are being denied the opportunity to enrich our communities due to this modern-day form of eugenics.”

The American Association for Pro-Life Obstetricians and Gynecologists also expressed deep concerns about the Times’ report.

“Noninvasive screening tests for genetic disorders have high rates of false positives, especially for rare conditions,” the group told CNA in a statement.

“Even for common conditions, such as Down syndrome, the false positive rate can be as high as nearly 20%," the statement said, citing data from a 2016 review of clinical studies contained in a report by the London-based Nuffield Council on Bioethics.

"Not only does this lead to unnecessary stress on families and possibly unnecessary medical procedures, but it also all too often leads to a choice to end the lives of these preborn children through abortion," the statement said.

“All human beings, including those with disabilities, are valuable,” the group added.

“It is a travesty that women and families are making life-altering decisions based on misleading information and that children with disabilities are deemed unworthy of life," the statement said “Our patients — both born and preborn  — deserve excellent healthcare and this must include full disclosure of the accuracy of genetic screening tests.”