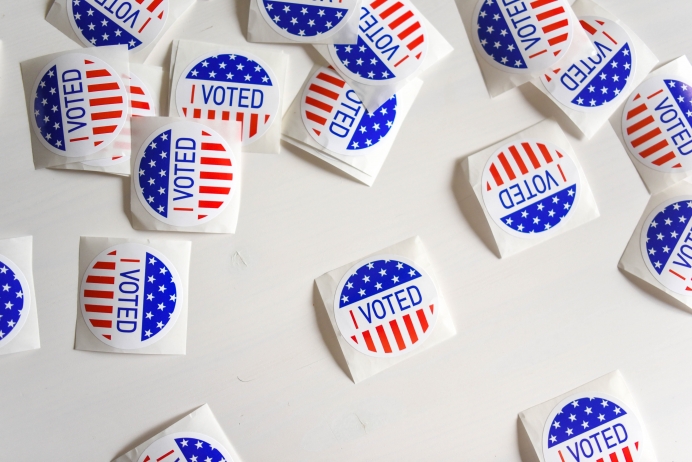 (CNSNews.com) The number of new, pro-life Republican women elected to the House of Representatives has climbed further, and now stands at 16, with the possibility of three more joining the group.

Of the three undecided races, one is being held up by legal wrangling, and in the other two the Republican candidates are leading by slim margins – in one case, by a razor-thin margin.

Along with 11 incumbent pro-life Republican women who won re-election last week, the victories thus far take to 27 the number of pro-life women in the House, a significant accomplishment for the Susan B. Anthony List, which works to elect pro-life candidates.

As reported earlier, a record number of 14 new Republican women, all with pro-life views, won House races in last Tuesday’s election. A diverse group, the newcomers include Cuban-Americans, a member of the Cherokee Nation, and the first Iranian American elected to Congress.

Steel drew flak during her campaign after a video emerged in which she was heard to say she had withdrawn her daughter from University of California, Santa Cruz after she voiced support for same-sex marriage, enrolling her instead at Loyola Marymount, a Roman Catholic university.

Three still-unresolved races could potentially add to the total the number of new pro-life Republican congresswomen.

The closest contest is in Iowa’s 2nd Congressional District, where Republican Mariannette Miller-Meeks, a state senator and physician, is making her fourth bid to represent a district that covers most of southeastern Iowa. The seat was held by Democratic Rep. Dave Loebsack, who chose not to seek re-election this year.

As of Tuesday, Miller-Meeks was ahead of Democrat Rita Hart, a former state senator, by fewer than 50 votes. Hart was endorsed by Emily’s List, the group dedicated to getting “pro-choice Democratic women” elected to public office.

The closely-fought race is a rematch from 2018, when Cisneros beat Kim – a South Korean-born former assemblywoman – by 3.2 points to take the seat held by long-serving Republican Rep. Ed Royce.

Cisneros last month signed a letter from 116 lawmakers calling on the Senate to delay confirming Amy Coney Barrett to the Supreme Court, saying the judge’s “record shows she is a clear and present threat toRoe[vs. Wade] and reproductive freedom.”

If Kim holds her lead and wins the seat, the number of Democratic-held seats flipped by Republican women will rise to nine.

In the final undecided race involving a pro-life Republican woman, Claudia Tenney is leading in her race in New York’s 22nd Congressional District by more than 28,300 votes (11.1 percent) over Democratic Rep Anthony Brindisi, but the race has not been called, amid legal challenges.

The contest is another rematch, Brindisi having unseated the one-term Tenney in a tight 2018 midterm race.

Prior to Tuesday’s results, the 14 pro-life women who have won Houses races included seven who flipped Democratic-held seats:

Of the new batch of GOP congresswomen, Bice is the first Iranian American elected to Congress, Malliotakis and Salazar are Cuban-American, Herrell is a member of the Cherokee Nation, and Spartz and Steel are immigrants born in Ukraine and South Korea, respectively.

Editor's note: This article was published by CNSNews and is reprinted with permission.