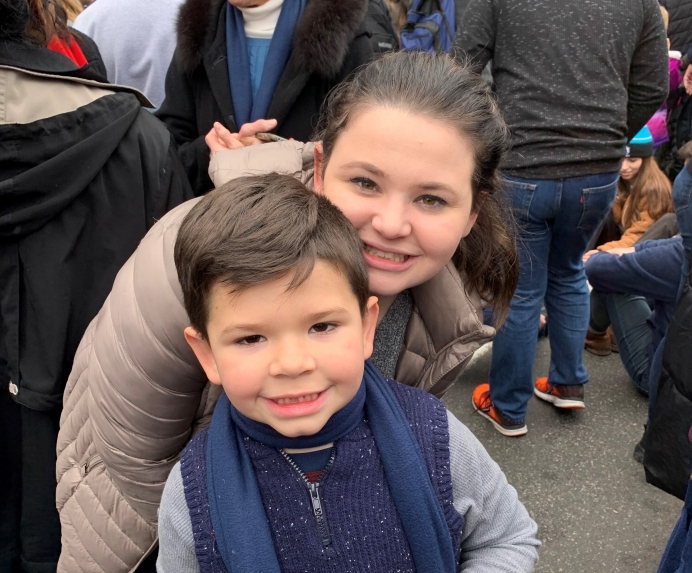 Another good day to celebrate life

Many children have birthdays every day, but Zechariah’s is extra special as he is able to celebrate his birthday because his courageous mom Rebekah connected with Heartbeat International's Abortion Pill Rescue® Network after she took the abortion pill and experienced regret.

Rebekah was a young woman leaving an abusive marriage who had moved with her young son back in with her parents when she discovered she was unexpectedly pregnant with her second child. She faced the very real prospect of homelessness, as she’d been threatened with being kicked out by her parents if she were pregnant again.

Taking her young child into consideration, Rebecca contemplated abortion. She went to Planned Parenthood, where she was given the first abortion pill and sent on her way.

Having taken the abortion drug, Rebekah got into her car and started to cry, praying to God for help.

While in the Planned Parenthood parking lot, she searched on-line and came upon Heartbeat’s Abortion Pill Rescue Network (APRN). The APRN consultant connected Rebekah with a doctor who started the progesterone injections in the abortion pill reversal (APR) protocol that might save her unborn son.

Once the treatment was underway, Rebekah gathered the courage to tell her parents about the precious unborn life she was trying to save. Her family came together and stood by her in her choice to keep her child.

Seven months later, Rebekah gave birth to a perfectly healthy baby boy she named Zechariah, his name meaning “The Lord has remembered.” She has since remarried and continued having a family, and she works with Heartbeat in raising awareness and support for APR.

Rebekah’s story is like numerous others’ in that she felt she had no choice but abortion, started the chemical abortion regimen and immediately experienced regret, then seeking a second chance to save her child.

The second pill in the chemical abortion process, misoprostol, is taken a day or so after the first to complete the abortion by inducing labor. That second pill being taken later means the mother is not at the abortion facility and typically at home, often alone when she delivers her deceased child – and on her own to face any complications that may occur.

Statistics show that more than 1,000 lives have been saved thanks to the APRN. Through Option Line’s 24/7 contact center the Network answers approximately 150 mission-critical calls per month from women who regret their abortion decision – empowering them to choose life for themselves and their babies.

Rebekah is also like many APR moms in that she shares her story in order to help other women know that no matter the circumstances an unexpected pregnancy does not mean the end of the world. She regularly speaks for pregnancy help center events and other venues to spread this message of hope to other women - that just as God has a plan for her, He has a plan for them, and He makes all things new.