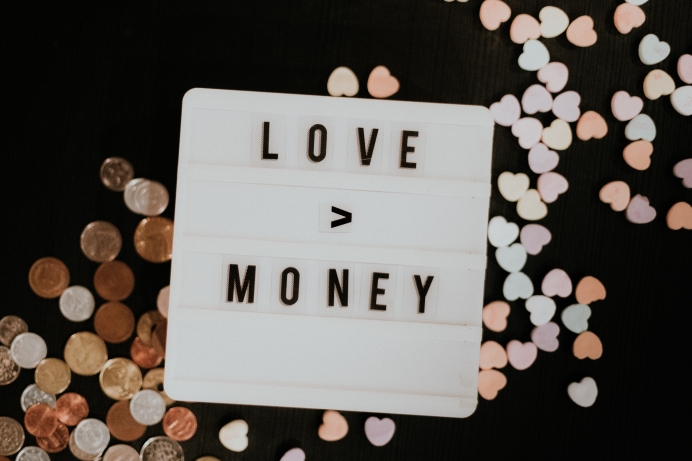 The young teen has an assignment for her class. She needs to understand what the terms “pro-life” and “pro-choice” mean so she can explain them adequately.

After telling her the terms are confusing on purpose, then describing the term pro-choice as believing everyone has the basic human right of when and whether to have children, Planned Parenthood’s response continues with this remark:

“People who oppose abortion often call themselves pro-life. However, the only life many of them are concerned with is the life of the fertilized egg, embryo, or fetus. They are much less concerned about the life of women who have unintended pregnancies or the welfare of children after they’re born.”

Following this misinformation, suggestions for better terminology are offered:

• “Anti-abortion” – which they define as people who want abortion to be illegal in all circumstances, including pregnancy as a result of rape or which endangers a woman’s life.

They go on to state that anti-abortion people tend to disagree with most medical authorities about the definition of pregnancy, mistakenly believing that pregnancy begins with the fertilization of the egg.

Planned Parenthood claims, “Most authorities believe that pregnancy begins when the implantation of the fertilized egg into the lining of the uterus is complete.”

First, the ongoing allegation that people who call themselves pro-life shouldn’t use that term because we only care about one life.

Note that the word “baby” is scrupulously avoided, replaced by the less personal terms of “fertilized egg, embryo or fetus.” That’s because dehumanization must occur to rationalize the taking of a human life.

In reality, pro-life people care very much about distressed pregnant women, as evidenced by the existence of maternity homes, adoption agencies and pregnancy help centers.

Pro-life people are there to support and empower women as they courageously adapt to unexpected circumstances.

Our message is, “You are not alone. You can do this,” rather than “You aren’t capable of this, so (for a price), we’ll provide the way out.”

We walk alongside these girls and women, offering them free classes on parenting and related life skills.

Far from being unconcerned about the welfare of their children, we get to know their little ones. We become these women’s mentors and friends.

Next, let’s talk about reproductive rights.

This term sounds reasonable until you acknowledge that, by definition, you cannot offer a human right to one people group by denying another group the fundamental right to life.

Remember slavery? People thought it was reasonable for one group to have the right to own (and use and abuse to the point of death) people from another group.

It’s never okay to turn people into property, whether those people are of another race or are still in the womb.

By calling abortion a “reproductive right,” the presence of a real person is obfuscated by clever semantics as though he or she doesn’t even exist.

Tweet This: Calling abortion a “reproductive right” obfuscates the presence of a real person by clever semantics as though he/she doesn’t even exist

Again, dehumanization is a necessary step in rationalizing the ending of a human life. It’s a way to deaden the conscience.

Despite their twisted view of human rights, Planned Parenthood paints themselves in a positive light (we are “pro-reproductive rights”) while casting the other side in a negative light (they are just “anti-abortion”).

With that, they bring up two extreme situations commonly employed to support abortion rights:

2. What if the woman’s life is endangered?

Pregnancies resulting from rape represent less than 1% of unplanned pregnancies.

In addition, women who have experienced the trauma of rape and then have an abortion have reported that the second trauma (abortion) felt worse than the first.

Most importantly, why should an innocent child be killed for a crime committed by his or her father?

As to the mother’s life being in peril, “…the best medical evidence reveals that of the few women who die of disease while pregnant it appears there’s not even one cause of death abortion can prevent.”

Let’s be honest. Abortion is a killer, not a medical solution.

Moving on to the “mistaken” belief that pregnancy begins at conception, Planned Parenthood claims that “most authorities” believe implantation is the beginning point of pregnancy.

In actuality, “…the conclusion that human life begins at sperm-egg fusion is uncontested, objective, based on the universally accepted scientific method of distinguishing different cell types from each other and on ample scientific evidence (thousands of independent, peer-reviewed publications).”

Clearly, Planned Parenthood wants their audience, especially their potential client base, to focus on pregnancy as a condition to be “cured,” not as an intimate relationship between mother and child.

So, when a teen girl asks them for clarity of terms. Planned Parenthood responds with deceptive euphemisms aimed at indoctrinating her (and every teen who visits their website) into their worldview.

Tweet This: When a teen girl asks for clarity of terms Planned Parenthood responds w/deceptive euphemisms aimed @indoctrinating her into their worldview

They leverage the opportunity to present a stereotypical, misleading caricature of pro-life people.

They groom their website visitors, many of them, no doubt, young, vulnerable women, into seeking abortion when they face an unplanned pregnancy—knowing full well that’s likely what will happen when these young women follow their advice on sex.

What’s behind all this disingenuous rhetoric?

Abortion is not a legitimate human right; it is dehumanizing. It is not lifesaving, it is life-taking. It does not empower women; it hurts them.

Tweet This: Abortion is not a legitimate human right; it's dehumanizing. It is not lifesaving, it's life-taking. It doesn't empower women; it hurts them

Planned Parenthood can try to paste negative labels on pro-life folks, claim we don’t know science, and castigate us for taking away women’s “rights.”

We believe impressionable young women—and all women—deserve the truth.