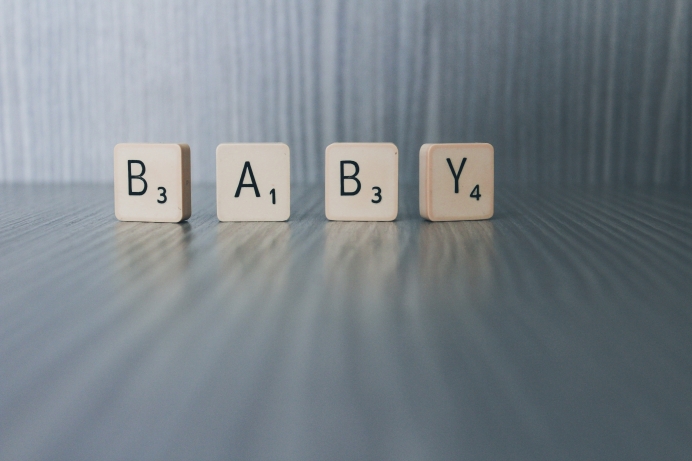 What abortion advocates are really saying

Translate the jargon and see the truth of the abortion movement

As a college student, I was taking notes in English class one day when the professor made a remark that stopped me in my tracks.

I didn’t write down the comment because I immediately disagreed with it—yet that’s precisely why I still remember it.

“Words are a woefully inadequate means of communication,” said the professor. “They fall far short of what we try to get across to others.”

To this day, I believe quite the opposite.

Imagine if you could only communicate with looks, body language or unintelligible grunts. Picture trying to get through even one day without being able to speak or understand the speech of others.

If you’ve ever visited a country whose language you don’t know, you understand how that feels.

Truth is, words are amazing. Speech is one of the marvelous ways human beings differ from animals.

The words we speak reflect the reality that we are created in and through and for the Word Himself, Jesus Christ (Colossians 1:16-17; John 1:1-3).

At creation, God spoke everything into being (except for the first humans, whom He fashioned with His hands).

As part of our dominion status over the rest of creation, God gave humans power and authority by means of language.

Despite the tragic reality that we chose to mistrust and disobey God, He still allows our words to have power.

We can use our words for good or for evil. Either way, they have the power of life or death (Proverbs 18:21).

Tweet This: We can use our words for good or for evil. Either way, they have the power of life or death.

Consider the calloused, indifferent, dehumanizing language our culture uses in referring to the unborn.

Just a clump of cells.

The product of rape.

A “problem” to solve.

A life worth sacrificing.

I think of the young woman who told me she is so glad that her baby girl, conceived from rape, is alive.

This young woman’s daughter is not a “product” or a “problem.” She wasn’t “just a blob of tissue” in the womb, and she’s not one now.

She is just as worthy of living her life as a child whose loving father is an upstanding citizen.

So are the men and women who are abortion survivors featured in the powerful video created for this year’s Super Bowl called #FacesofChoice, which the network refused to air.

Our choice of words can either underscore or undermine the humanity of others.

Now consider the seductive words used by abortion advocates in order to market their product to women:

Abortion is a matter of reproductive health care.

I see at least three problems with this kind of lingo.

First, there is no mention of a baby at all. It’s as though we’re discussing the removal of tonsils or an appendix or a bad tooth.

Second, how ironic is it that this type of “reproductive health care” can damage a woman’s reproductive organs and/or cause sterility? (Not to mention, how is the death of a baby conflated with health care?)

Third, does killing the child she’s carrying empower a woman? Or does it empower abortion providers to profit from her “choice,” since women are more likely to come in for another abortion after the first one?

I think of the women I’ve helped through post-abortion recovery and the staggering load of pain they’ve carried. The grief and sorrow in their eyes. The depth of their regret.

Another described her downward spiral from living a happy, ordinary teenage life to being addicted to drugs and homeless—all within months of her abortion.

I think of the rape victim who decided on abortion, then concluded the abortion represented greater trauma than the rape.

In addition to dehumanizing the unborn and manipulating distressed women, the chosen words of abortion advocates implicate men (in particular, pro-life men) as the enemy of women’s rights.

My body, my choice.

Hands off my uterus.

If you don’t have a uterus, you have no say in my reproductive rights.

Whose body is most affected by an abortion—the woman’s, or her baby’s?

What about the preborn baby girl whose uterus will be destroyed along with the rest of her?

What about the fathers of the children whose lives hang in the balance?

I think of young men I’ve spoken with, dads who were desperate—yet utterly helpless—to save their own children’s lives.

I think of the countless, caring, self-sacrificing men who work to defend the rights of the unborn regardless of how much hate speech they encounter.

Whether talking about the unborn, “health care,” or women’s rights, pro-abortion rhetoric endeavors to serve as a pretty mask for the ugliest of attitudes.

Those who are conceived by rape, and those who survive abortion, don’t deserve to live.

A woman should be free to destroy her own child without guilt or remorse, for any reason.

One’s education and/or career is worth more than a human life.

Men have no business speaking up for preborn persons, including their own children.

Preborn females have no rights and are disposable.

Stripped of its rhetorical veneer, pro-abortion ideology doesn’t exactly promote the betterment of humanity, does it? No more so than the Holocaust did.

Any time one group insists on “rights” at the expense of another group’s right to live, we have a problem.

Tweet This: Any time one group insists on “rights” at the expense of another group’s right to live, we have a problem.

As God’s image-bearers, we can use the gift of language to agree with Him about our high value—or we can use our words to justify killing the most vulnerable among us.

Which kind of people will we be?