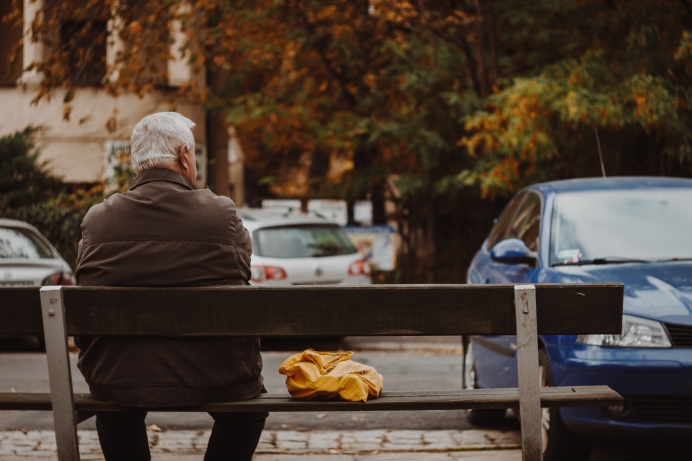 At first glance, it was an ordinary occurrence. Nationwide, pregnancy help centers (PHCs) regularly receive donations from supporters in their community.

What was not ordinary, though, was this donor’s story.

The elderly gentleman entered a New York PHC to donate baby items his grandchild had outgrown.

As with other donors, the center staff questioned him about how he heard about their center.

More than two years earlier, his daughter, then in her mid-20s, visited that same center.

She thought she was pregnant. She and her boyfriend came to the Heartbeat-affiliated center to get answers. A positive test and an ultrasound later, her pregnancy was confirmed.

At the time, she lived at home with her parents – who were not fond of her boyfriend.

Though not determined to abort, this young couple had concerns that made them uncertain.

The pregnancy was going to make life difficult. Most pressing among their concerns was that her parents would put her out of her home when they discovered she was pregnant.

Cindy Barbeau, Assistant to the CEO of the center, remembered the couple was “wavering …and needed encouragement to continue the pregnancy.”

Knowing women are often influenced by others when making pregnancy decisions, Barbeau – on staff with this local center since 2004 – cautions about this influence.

“We’re not to be the deciders of life and death,” said Barbeau. “There’s a good reason for that because we’re fallible human beings and we don’t know what the plan is. But, if we can trust enough in what God has planned for us, then the options open to us are just beautifully infinite.”

Tweet This: We’re not the deciders of life and death .. But if we trust enough in what God has planned for us the options are infinite

"Most clients don’t come in with that hardness of heart saying, ‘I don’t want this baby,’ most of them come in and they’re scared, and they don’t know what to do,” she continued. “We can at least encourage them… and offer them that safe place.”

Late in the first trimester, the couple made their decision – they would have their child.

After making the decision for life, the young woman told her parents about the pregnancy. Her parents responded as the couple had feared – they forced her to leave her home.

Thanks to the support and encouragement provided by the pregnancy help center, there was already a plan in place.

Through an ongoing relationship and regular contact, the staff of the PHC listened to this young woman’s earlier concerns and assisted her in finding an alternative living arrangement.

By the time their baby – a healthy girl – was born, this young couple was prepared and engaged to be married.

The proud parents even returned to the PHC with their baby girl. The support they found at the beginning of her pregnancy continued even after their daughter’s birth.

And then, almost two years later, this elderly gentleman entered that same clinic.

Father to the young woman and grandfather to her little girl – he came with donations – and a confession.

During a phone interview with Pregnancy Help News, Barbeau recalled what the grandfather said.

“God forgive me,” he said. “I am the father of a woman that you helped. My wife and I did not want her to have this baby. I have to tell you today she is the light of our life. I can’t imagine what our life would be without her.”

“I’m so thankful for what you do,” he told Barbeau and the clinic director. “If it weren’t for you, I wouldn’t have this beautiful little granddaughter.”

“Unanticipated pregnancy can place significant strain on relationships, both romantic and familial,” Peterson said. “In this way, some women find themselves in an insecure or unstable housing situation, feeling unsafe or not welcome. (PHCs) tell us that knowing about … housing options is helpful to their advocacy conversations.”

Years after he made his pregnant daughter leave his home, this grandfather still felt “guilt over the influence that he would have had, had his daughter not come to [our center],” Barbeau recalled.

The staff’s response to this grandfather’s plea for God to forgive him?

“Of course, He does,” Barbeau said. “We’re all sinners and we can all be redeemed.”

“I think he left feeling a little lighter,” Barbeau recalled, grateful for the opportunity to minister to this man, his daughter, and his granddaughter.

“You don’t want people to carry that forever,” Barbeau affirmed. “There is forgiveness. There is redemption. That’s the beautiful thing of our faith.”