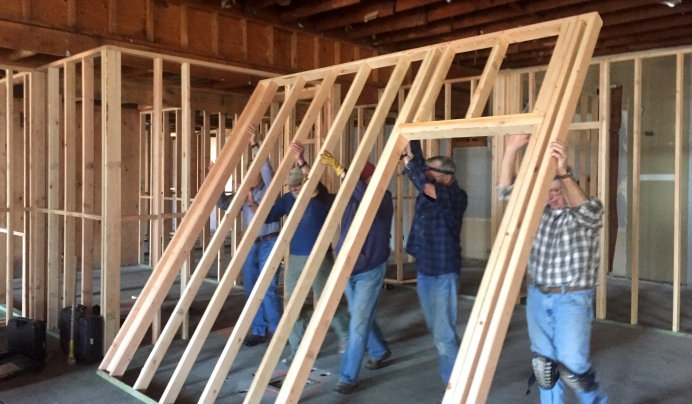 In August, the Tower District of Fresno, Calif., will host a new office of the Pregnancy Care Center, rising between Planned Parenthood and Fresno City College just as students return to campus. With double its current space for serving clients with unexpected pregnancies, the center also plans to expand its new men’s program and enable its growing crew of volunteer advocates to be more effective.

“That's really providential; we know that God has led us [to the Tower District],” executive director Kristi Burkhart said, from her present office on Clark Street in Fresno’s downtown area. “When we do our stats from here, the highest percentage of clients by zip code come from that area.”

The original center, then named Central Valley Crisis Pregnancy Center, opened its doors in 1984, only two blocks from its future home.

The founders “targeted the Tower District all those years ago because of the reputation,” Burkhart said. “It's where the college kids are attracted. It's also the hot spot of the Hippie lifestyle. It's a magnet community for the Hipster culture, for the off-beat art culture, for the entire Fresno community.”

Pregnancy Care Center later moved downtown to lease its current building on Clark Street. Two years ago, however, their landlord agreed to sell the property to a growing hospital across the street.

“We've known this was coming, but it's taken us a while to find the right location and to figure out whether we were going to lease or purchase,” Burkhart said. “We've looked at our history, we've looked at where our current clients are coming from, and we've looked at the perceptions of our community, and we knew it's the Tower District we need to be in.”

That’s when they found an old office building standing virtually abandoned on the edge of the district. Homeless squatters had scrawled graffiti and poems of despair across its walls. Syringes and other human waste littered its rooms.

To purchase that building, gut it, and bring it up to California’s rigorous codes comes with a price tag of $1.5 million. That figure includes costs for the remodeling, asbestos abatement, two separate HVAC systems for the medical and non-medical areas, a computer-controlled energy efficiency system, new roofing, and the building’s first-ever sprinkler system.

Keeping Partners in the Loop

Individuals, families, and foundations contributed far beyond Burkhart’s expectations. Since the Building Fund Campaign began in November 2016, “we're at $600,000 in the bank, not pledges,” she said. “People aren't pledging, they're just giving.”

This support is above and beyond funds donated through other giving, including that from the March 16 banquet featuring Heartbeat International’s Kirk Walden.

The center’s board president, Pastor Jim Dixon, keeps his contractor’s license current for projects just like this. While not the general contractor for the venture, Dixon—who has worked with the center for 30 years—has brought along work crews to knock out portions of the building project.

Along the way, Burkhart has organized “Progressive Open Houses” for supporters to watch the building’s transformation in its various stages.

“In April, there's some sheet wall up,” Burkhart said. “In May, they're going to see even more changes: outside changes, and the new sprinkler system. In June, we'll start the finish work. It’s just a way to keep the community engaged with the project.

Tweet This: #California #prolife center relocating to upscale area next to #PlannedParenthood. @KarenIngleWrites

“Every time they come, we put a Sharpie in their hands to write Scriptures on the framing and floor. Right now it’s still an open palette. We'll keep that until we get to the finish part.”

After nine years as executive director, Burkhart—who was honored at the state’s General Assembly in 2016—has learned that “freedom in Christ” means trusting Him to handle His ministry.

“I don't feel I am in control of much here,” Burkhart said. “This is not my organization. It's not my money; it’s God's money and it's my donors' money. I am here to steward it.”

Burkhart began learning that lesson as early as her third month in the director role. Her previous work as an abstinence educator kept her out in the community more than in the office. She planned to focus on learning how to be a director before doing anything new.

So she was startled when a disbanded church challenged her to use the proceeds from the sale of their building to enable her center to do something new.

“They came to me and said, ‘We want you to think about something new, something that you're not currently doing, an area of growth,’” Burkhart said. “They wouldn't tell me more. They just said, ‘Think big, and think long-term, and something new.’ So of course I checked with my board and prior directors and they all said, ‘Go mobile.’

“And I was like, ‘What do you mean, go mobile? Remember, I need to figure this out before I do something big!’ But of course that wasn't the Lord's plan. We got funded by the end of 2009, and by 2010, we launched our mobile clinic. Our mobile clinic has been running 3-4 days a week; we’re licensed for 20 hours a week.”

After getting the mobile ultrasound unit up and going, the center’s next fundraising banquet featured Bruce Wilkinson—author of the 2000 book, “The Prayer of Jabez: Breaking Through to the Blessed Life,” releasing a flood of generosity.

That generosity resulted in Pregnancy Care Center’s second location, just north of Fresno State’s campus, which opened in 2012. Like the mobile unit and the original location, the satellite site opened as a fully-licensed medical clinic.

“A lot of times, girls on the north end would not come downtown for services,” Burkhart said. “They would more likely come for an abortion than for a doctor-type visit.

Between the two locations plus the mobile unit, Pregnancy Care Center operates 85 hours a week and serves as many as 3,000 clients a year.

“Ninety percent of our clients make a decision for life,” Burkhart said. “In 2016, that's 1,300 babies. Eighty percent of those [clients] were either abortion-minded or abortion-vulnerable.”

In addition, she reported that 164 clients made a new profession of Christian faith throughout their contact with the center over the past year.

“That's a lot of babies and a lot of women and men that the Lord allows us to share with,” Burkhart said. “He trusts us. You know how you need a babysitter for your kids: you don't trust just anybody. He trusts us with every girl who walks through the door. I want to make sure every member of my staff is trustworthy.”

"Every day we pray for them to close"

Pregnancy Care Center’s staff takes their responsibility for clients very seriously. Directly behind their current downtown office stands an abortion clinic, one of two they’re praying will go out of business.

“We’ve been here for eleven years,” Burkhart said. “When we leave, there’ll be no safety net.”

Though most property owners in the vicinity have sold out to the hospital, the FPA Women’s Health abortion clinic has so far refused to sell. Instead, that organization became more possessive of its parking lot beside the pregnancy center, with surprising results.

“We came on a Monday morning and the cement bumpers were painted ‘FPA Parking Only’,” Burkhart said. “All that has happened is their clients go into the driveway, they see all those bumpers marked FPA Parking Only, and no other cars in the parking lot because all of our cars are out of the way, and they go right by our front door and walk into us. It has doubled our number of FPA-bound clients.”

While Burkhart and her team recognize there’s a long road ahead—particularly in meeting the needs of women who abort their babies at FPA Women’s Health once they relocate—the overall goal is clear: To be the No. 1 choice for Fresno women facing an unplanned pregnancy. 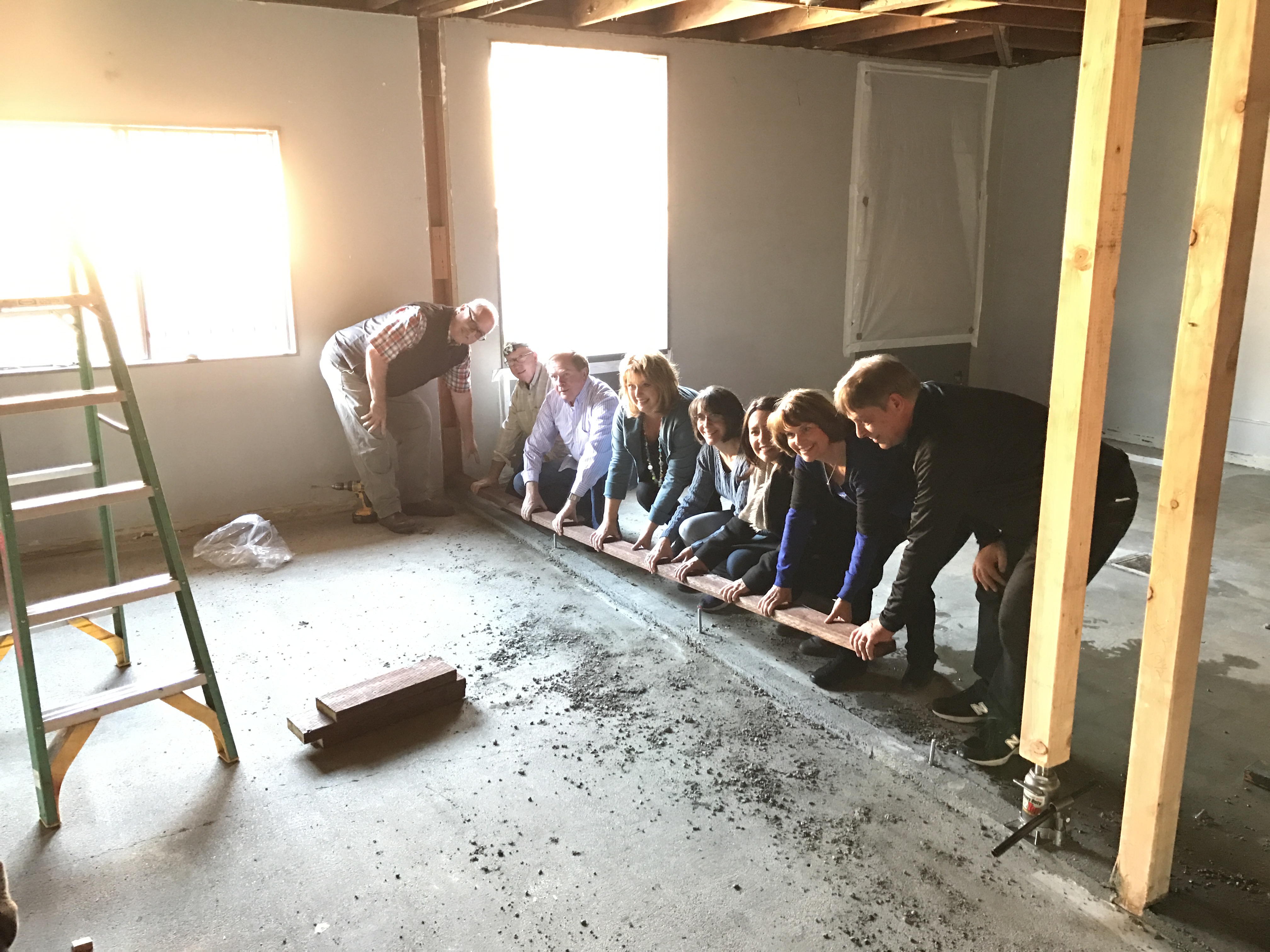 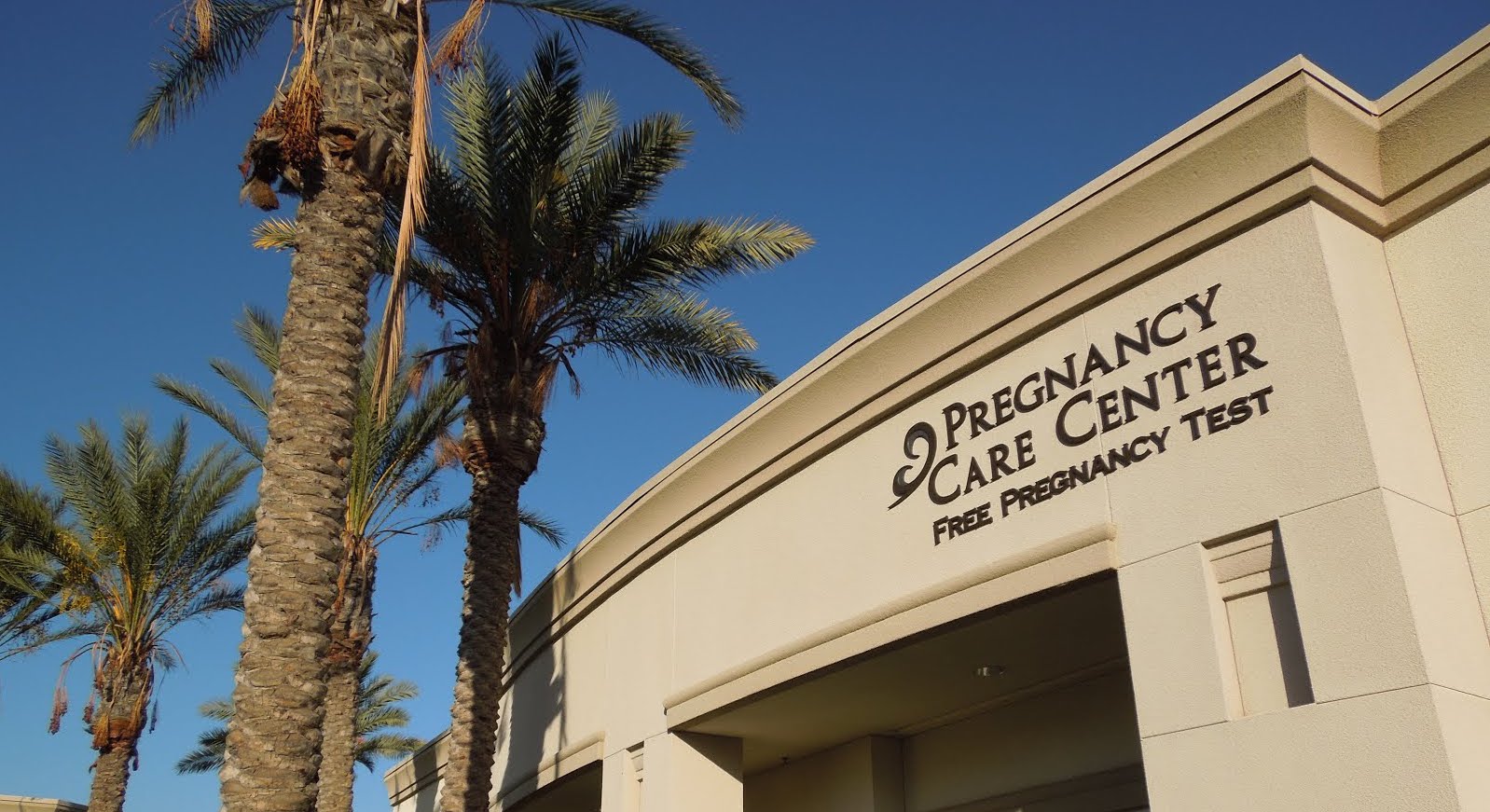