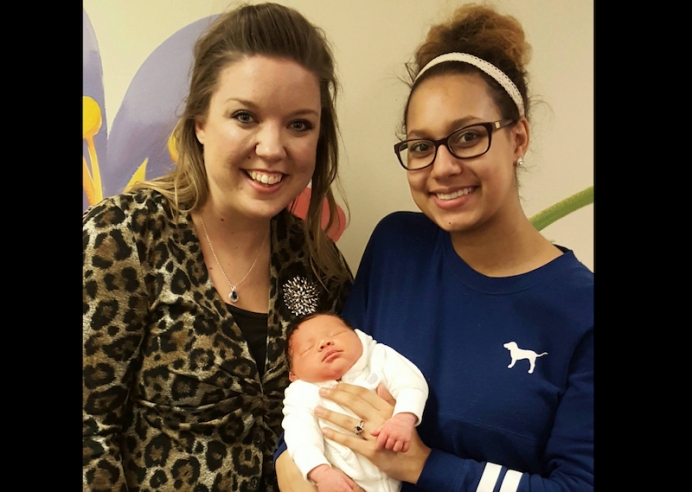 When Pat Todak was hired as the executive director of Heartbeat of Toledo in 2009, she was the organization’s first and only employee.

The organization, one of the first pregnancy centers in North America, which gave birth to Heartbeat International, had survived for decades thanks to the support of a volunteer workforce.

Today, the organization is hardly recognizable from the center Todak was placed in charge of seven years ago. Todak heads a staff of 15, and Heartbeat of Toledo operates on a significantly expanded budget.

From Medical Roots to Medical Services

“When we started in 1971, we were really cutting edge," Todak said, detailing the organization’s history as a resource center. "Today, we have transitioned (to medical) because we have so many women who are abortion-minded and even abortion-determined.”

Though the center was founded as a service organization that was meant to connect pregnant women to resources in their communities, the organization’s founder was in fact a prominent obstetrician and gynecologist.

According to Heartbeat of Toledo’s website, Dr. John F. Hillabrand had seen a need for a place like Heartbeat for years. Together with his friend Lore Maier, a Holocaust survivor, Dr. Hillabrand strategized a plan to open an “emergency pregnancy service”—a grassroots movement to help pregnant women find positive solutions for women and their babies.

The organization, Alternatives to Abortion, would eventually become Heartbeat International.

As the first center of its kind, Heartbeat of Toledo served as a model to the incipient pregnancy center grassroots movement. Over the next few decades, hundreds of pregnancy centers grew from this model.

As the pregnancy help movement grew, Heartbeat of Toledo continued on its path of reaching women through its volunteer workforce, connecting women to vital community resources, and providing material assistance as well.

By the time Todak was hired as the center’s director, the organization’s leadership was seriously considering the value of transitioning to medical status by providing a new service to women: ultrasounds.

Between the fundraising work of the Knights of Columbus and the implementation of an annual fundraising breakfast, Heartbeat was able to hire two additional staff members, secure an ultrasound machine and transition to medical.

Since that transition, the organization has continued to seek ways to expand their reach.

In 2010, Heartbeat of Toledo was selected as a service project by Leadership Toledo, a group dedicated to fostering community advancement by shaping adult leaders.

The first thing the Leadership Toledo team told Todak was, “You have to move.”

At the time, Heartbeat’s main office was located in a less-traversed, poorer part of town in a building that Todak admits had a rather unappealing exterior. Open to Leadership Toledo’s advise and research, Heartbeat eventually relocated to a spot right across the street from Franklin Park Mall, just a few miles from the University of Toledo.

"What a difference,” said Todak. “We would have people coming across the street from the mall for pregnancy tests."

Heartbeat’s reach continued to expand as they collaborated with other community organizations, and sought new ways to serve the whole human person.

As a member of Northwest Ohio Pathways HUB, Heartbeat of Toledo is a part of a communitywide effort to improve birth outcomes and decrease infant mortality. Through Pathways, Heartbeat provides one-on-one support and follow-up to ensure that women are connected to WIC and health care resources throughout pregnancy.

One-on-one continuity of care has become central to Heartbeat’s approach to helping women, so much so that it became the impetus for applying for a grant from the state of Ohio.

In the fall of 2014, Heartbeat’s assistant director, Leeann Beach was travelling home from a conference out west when she and another staff member decided to visit a pregnancy center in Chicago. This center’s model of counseling emphasized continuity, ensuring that clients saw the same counselor across appointments.

“I loved this idea of constant, continued conversation with women in their darkest moments,” said Beach, who has her masters in counseling.  She brought the Chicago model back to Toledo, hoping and praying that their team could implement it.

A Fourth Location—On the Go

In the spring, Todak applied for the Ohio Parenting and Pregnancy Program Grant, funds that would enable Heartbeat to hire staff to provide counseling. As one of four centers in the state to be awarded the funding, Heartbeat of Toledo is in the process of hiring social workers who can tend to the full needs of their clientele.

Meanwhile, Heartbeat is also closing in on another long-term goal for expanding their services: the implementation of a Save the Storks mobile ultrasound unit.

With one abortion facility left in the city of Toledo, Heartbeat is planning to park the unit in a lot across the street from the facility. The addition of the Save the Storks unit will increase Heartbeat’s presence to four locations—one that can be on the move.

Between 2013 and 2014, abortions dropped approximately 50 percent with the closing of the only other abortion facility in town.

With upwards of 50 percent of their clients identifying either as abortion-minded or abortion-determined at one of their locations, Heartbeat has plenty of experience helping women who might be walking into the abortion business.

As Heartbeat plans their Stork unit’s arrival, they are well aware of the possible challenges of locating themselves so close to a place of contention.

Beach is finding ways to embrace what comes. “We have the opportunity of being a sojourner and walking alongside a woman,” she says. “It’s all about that empowerment.”