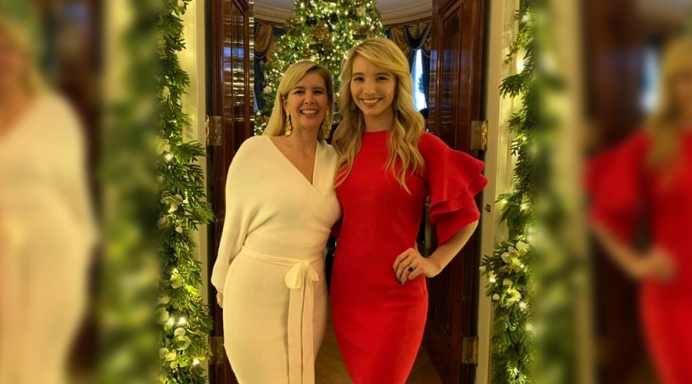 Editor's note: Tonya Baker Nelson is the CEO of Hand Of Hope Pregnancy Resource Centers of North Carolina, and also a mom who'd faced unexpected pregnancy as a young, single woman. The following is her reaction to actress Michelle Williams' award acceptance speech at the Jan. 5 Golden Globes, in which Williams, currently pregnant, indirectly admitted she'd aborted an earlier child, inferring that had she not done so she would have been hindered in her career. Nelson posted her response on Facebook; it is reprinted here with permission.

In light of the recent admission by Michelle Williams at the Golden Globes that she would have never had a great career and win her little award had she not chosen herself over the sacrifice of her own child, I decided to share this very personal event.

I am profoundly grateful that my child interrupted my educational and career goals and SHE has been able to experience all the beauty that  life has to offer - and I’ve never been happier to be a by-stander to HER achievements and help HER realize HER dreams. My dreams changed the moment I chose life for HER. My desires and goals could wait because to me nothing was worth ending her life.

The verse in the Gospels that states, “....and Mary pondered all these things in her heart” pierced my own heart for the very first time when I read it aloud during our traditional reading of the Christmas story in 1995.

I remember it poignantly because I paid close attention to Mary’s plight that year since, I too, had recently discovered I was pregnant - and most notably not married.

Sweet Mary. Bless her heart. What an example to follow. She knew her Child’s conception was a supernatural event and she knew she would face scorn and shame and embarrassment for herself and her family. But she carried on and parented her Child all the way to the foot of the cross.

Obviously, I knew our stories had some similarities yet vastly huge differences because I was most certainly no Mary and my baby was no Jesus; but we both believed our children had purpose no matter how they got here. So, I tucked that verse into my heart after that reading and it has had a special meaning to me ever since and would revisit itself in a profound way over 24 years later...My Word shall not return void (Isa. 55:11).

As most of you know, our Sonny Joy lives in DC and is working on the Trump re-election campaign. She is beyond honored to be working for the most pro-life resident in word and deed in America’s history.

The life issue is extremely personal to her because her life was one that so many people attempted to manipulate and deceive and threaten into snuffing out while she was a developing embryo and later on, fetus.

Whatever stage or platform she has been given she has used it to share her firsthand knowledge of being a “statistic” born to a single mother and defeating all the flawed “reasons” why abortion is the wisest and “best” choice in a pregnancy that was not planned.

I think she’s earned the right to speak for the babies whose voices we desperately attempt to silence since she was once one of those voices. But for the grace of God her voice has found its cadence and flows effortlessly for Truth.

In early December, Sonny Joy received a personal invitation from President and Mrs. Trump to attend a Christmas party at the White House. I was her “plus one” and happily rode her coattails.

The video you see below is when all my “pondering” moments came flooding back to my mind and heart. I seriously had a fervidly reflective moment as I saw her stride into the East Wing of the White House amongst glittering Christmas trees and the United States Army Orchestra playing classic Christmas carols.

THAT MOMENT is what Jesus saw the day He decided to begin forming her so intricately in my womb.

Tweet This: ”THAT MOMENT is what Jesus saw the day He decided to begin forming her so intricately in my womb”

The timing of things had escaped me until that actual moment. I suddenly realized that 24 years to almost the exact day was when I told my parents that I was pregnant. And just a few short 24 years later, I was seeing what He planned out for her since the beginning. He saw that moment and He wanted me to fully appreciate and view it from His perspective.

It was as if all the tears and heartache and spiritual warfare of refusing abortion for her immediately surfaced and the years of struggle as a single mom and the plaintive prayers for a man to love me and her overflowed from my soul and dwelled in each grateful tear from my eyes.

It truly was almost like I was seeing her for the first time and I was undone. Just so entirely grateful that I chose life for her - not only for her, but for everyone else whose life she has touched and brought into our lives.

I thought of all the people who I would have never met if she hadn’t been born, all her friends I would not know, all the things I wouldn’t have learned if she wasn’t here and all the love that I would have held in reserve missing her. No other child could have ever taken her place because children are not substitutionary or replaceable.

Softly and succinctly, God whispered in my heart, “THIS is what I saw when all you could see was confusion and fear and uncertainty. THIS is why I said, ‘Trust also in Me, abide in My direction, follow Me.’ You could not see the beauty from ashes that would come from your ultimate obedience to Me; but I could.”

Yes, I’ve had a few of those moments over the years when I’ve watched her laugh or simply walk into our hometown Bojangles and maybe it was the setting and awe of the White House; but I am so appreciative for the moment of reflective pondering.

This moment was different. It was a powerful, pondering, prompting moment. It gave me a renewed energy to speak life into the very lives of women who are currently trodding through my same mucky path. Every good gardener knows underneath the muck lies some pretty fertile soil that grows the best flowers. It just takes a while....

My hope and desire is that we all view our adverse circumstances through a different lens as we move forward in our decisions to follow Him even when we are caught in the consequences of our own failures. It’s never too late to follow Him. Never.

My, what perspective a few short 24 years can bring. Feels like yesterday, makes me long for an opportunity to share it tomorrow and gives me a focus for the future. God always blesses us when we choose life.

To my friends - and they are MANY - who did not choose life; I am here for you. Always. God is a strong tower to run to and He will shelter you in His wings. Your baby waits for you in Heaven...your relationship with Jesus as your Savior assures your reunion with him or her. God never wastes a hurt. Turn to Him for healing.

I’m seriously very sad for any woman who feels like Michelle Williams does toward her own child that she did not allow to live.

Tweet This: "I’m seriously very sad for any woman who feels like Michelle Williams does toward her own child that she did not allow to live"

I prayed for her today. I’ve never met a single woman who did not regret her abortion - and I’ve met hundreds and hundreds of these mothers over the years.

Maybe she comforts herself with her career and her award instead of the sweet sounds of that child calling out to her or feeling the tiny arms that she helped create embrace her.

But I do know that child was created to be born and loved not discarded and forgotten. Of course, you give up “things” when you choose life but the “things” you gain can NEVER be attained by anything other than through the pure love of your child.

Tweet This: Of course you give up “things” when choosing life-but the “things” gained can NEVER be attained by anything but the pure love of your child