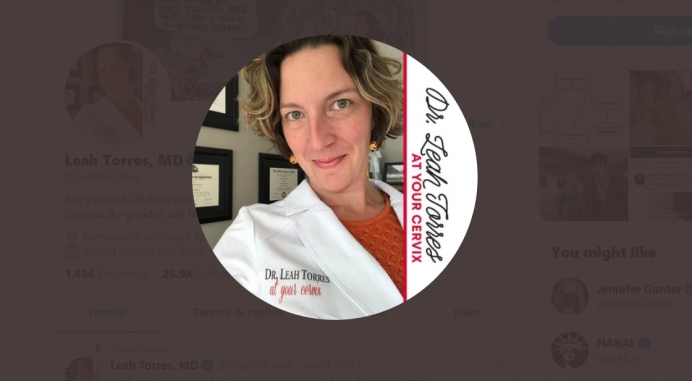 Leah Torres, the abortionist recently named medical director for the West Alabama Women's Center (WAWC) in Tuscaloosa, has had her medical license “immediately suspended” by the Alabama Board of Medical Examiners (BME), the board citing fraudulent information given by Torres and also unprofessional conduct on her part.

“[T]he Board presently has evidence in its possession that the continuance in practice of LEAH N. TORRES, M.D. may constitute an immediate danger to her patients and/or the public,” the BME order dated August 26 states in part.

The WAWC had previously made national news already twice this year, Christian Newswire reports, initially for the unexpected sale of the abortion facility to Amanda Reyes, president of the pro-abortion Yellowhammer Fund, and then again for the death of a woman who left the facility on May 7 and died shortly thereafter, the same week Reyes took over as the owner.

Pro-life organizations at the local and national level called for an investigation into the woman's death, questioning the licensing of the facility’s new owner and voicing alarm over Torres’s hiring.

One complaint filed by CEC (Charismatic Episcopal Church) For Life, Life Legal Defense Foundation, Operation Rescue, Pro-Life Tuscaloosa and Alabama Physicians for Life was directed to the BME regarding Torres.

Operation Rescue reported September 3 that the woman’s death is under investigation.

Torres was fired from a previous position in Utah following controversy over a social media post, according to Christian Newswire.

In the tweet she said, “You know fetuses can’t scream, right?” and when “there’s really no opportunity” for them to when she’s performing an abortion because she “transects the cord 1st …” It is not clear whether she was referring to the child’s vocal cords or to the umbilical cord.

Torres later deleted the tweet and said she was denoting the umbilical cord.

The Alabama BME advised Torres in an accompanying letter denying her medical license application that she had “committed unprofessional conduct” as defined in the state’s Medical Licensure Commission rules.

“[s]pecifically,” it said, “you have made public statements related to the practice of medicine which violate the high standards of honesty, diligence, prudence, and ethical integrity demanded from physicians licensed to practice in Alabama …”

The letter stated Torres had “committed fraud in applying for a certificate of qualification to practice medicine in Alabama.”

The fraud references that followed in the BME letter concerned Torres’s answers to questions regarding revocation or suspension of her staff privileges at a hospital or health care facility, any malpractice action against her, her use of a mental or emotional disorder or condition as a defense for her actions in a Utah federal court case, and her claiming she’d worked as a temporary physician during a time when she could not find employment.

Tweet This: Alabama Board of Medical Examiners suspends the medical license of abortionist Leah Torres citing fraud and unprofessional conduct

Torres was ordered by the BME to “immediately CEASE and DESIST from the practice of medicine in the State of Alabama.”

In December 2018 Torres had tweeted:

Everyone seems to assert they know what god thinks, so have at it. God performs way more abortions than I do, so there’s that.

Everyone seems to assert they know what god thinks, so have at it.

God performs way more abortions than I do, so there’s that. https://t.co/mdTPnob8E5

Torres has also stated that she believes that simply not wanting to be pregnant is a legitimate “medical reason” for abortion, the Live Action report said.

And she recently said that anyone who opposes abortion should not become an OB/GYN:

Late last year Torres explained in an interview how she coaches women whose partners or families don’t want them to abort to fake a miscarriage with abortion drugs. She blamed the need for practicing dishonesty on society and said that abortionists have protect “pregnant people” and what they want.

Torres remains prohibited from practicing medicine in Alabama until the BME’s complaint is heard by the Medical Licensure Commission, a hearing for which is set December 21, 2020, when the Commission will determine whether her license should stay suspended. She has until September 21 to file an appeal.