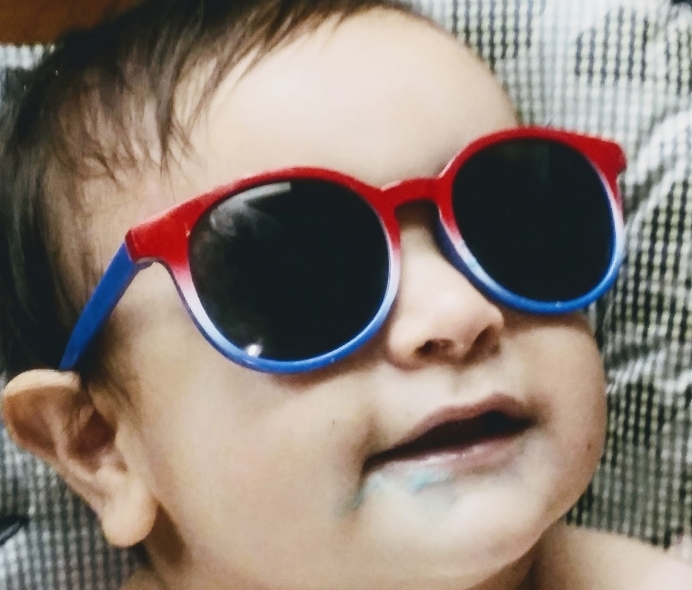 As a 34-year-old mom of three, Ashley is most grateful for Heartbeat International’s Abortion Pill Rescue Network (APRN). Her third child was unplanned, as were her first two, but none of her children are unwanted.

Ashley is thankful for her daughters who are ages 13 and six, and now she cannot imagine her life without her youngest, one-year-old, Julian. Her experience with her son has been very different. Ashley loves all her children but finds that she and Julian are very attached to each other.

“All I know is it was by the grace of God!” Ashley said of Julian being saved through Abortion Pill Rescue®. “Thank you all again for your help and I hope my story could help someone else or give them hope.”

“Here he is a year later. I’m blessed and thankful every day,” she said. “I could not imagine my life without my baby boy.”

Tweet This: “I could not imagine my life without my baby boy” - APR mom on her son being saved through Abortion Pill Rescue®.

Ashley believes that abortion is wrong, based on her Christian beliefs and what she knows about Jesus’ teachings. But pregnancy has consistently thrown Ashley’s mind into a fearful state.

“I thought about abortion with my first two pregnancies, but didn’t act on those thoughts,” Ashley stated. “I knew it (abortion) was wrong at the time, but I just got scared. Having a child is a commitment, I had a lot of insecurities and felt ashamed because I am not married.”

After putting off schooling and future career pursuits for her daughters, Ashley had enrolled in school and was trying to get on her feet. Her girls were both school age, freeing up the time to pursue new opportunities.

Discovering her third pregnancy, Ashley made an appointment at a local Planned Parenthood (PP) and the baby’s father agreed to drive her to the clinic. Ashley had been in this relationship for nine years, but with fear driving her actions, she lied about the purpose of the visit. She told him this was just to see if she was pregnant.

At the clinic, Ashley was escorted alone to receive an ultrasound which revealed she was eight weeks along. She told the sonographer she didn’t want to see the ultrasound as she believed it would make her decision more difficult.

“They asked me if I was sure about moving forward with the abortion,” Ashley said. “I guess they could see I was nervous.”

When Ashley indicated she wanted to move forward with the abortion pill, the PP staff member said, “Are you sure you want to take this because if you do, that’s it.”

She was given a pill to take immediately. Then PP gave her papers on what to do next. The next day’s pill was given to her with instructions advising her there would be heavy bleeding, cramping (pain medication included for that) and what else to expect.

“I believe they described there would be a big glob of blood, they said, a ‘blood clot’ would come out,” Ashley recalled. “There were no words such as baby or fetus.”

As she got in the car with her baby’s father, Ashley did respond to his inquiry that they had confirmed her pregnancy. But she did not tell him what she had done. He indicated he was excited about the news.

By the end of the car ride, Ashley confessed to what she had done saying she wasn’t ready for another baby. Her partner was hurt and upset and asked for details about what she had taken. A big argument ensued, and the baby’s father ended up taking a walk to cool off.

At this point Ashley felt even worse than she already did and concluded she had made the wrong decision.

Then she began to search the internet to find out more information about what she had been given and whether it could be reversed.

“The (APRN) hotline worker was very supportive and followed up with me. I felt very comfortable talking with her,” Ashley reported. “This (Julian’s birth) has been so good. I never want to feel shame like that again, it was very horrible.”

The first doctor from the APRN gave Ashley a prescription of progesterone for her to get at the pharmacy. He also put her in contact with an OB/GYN through the APRN who would continue as her provider through the pregnancy and deliver her son.

Abortion pill reversal is the application of a treatment used since the 1950's to stop miscarriages, consisting of prescribing extra progesterone to counteract the first abortion pill. While reversals have been successful in the first 72 hours, results are best in the first 24 hours.

“When I was assigned the first doctor, and then he referred me onto my OB/GYN provider, I had a good feeling like I was led in the right direction,” stated Ashley. “Both of these doctors are Christians. The OB/GYN helped me from the very beginning as their practice didn’t take my insurance. I still was able to see him, so everything was falling into place.”

“My pregnancy continued normally just like my previous pregnancies except I had a bit more morning sickness, but I think that was because I was carrying a boy,” Ashley recalled, smiling. “I went in right the next day to see if there was still a heartbeat and there was, but I was scared knowing something else might be wrong or I could lose the baby.”

“All my tests came out good and he is a healthy baby,” said Ashley.

“I had a Cesarean section as I had with both of my daughters,” she said. “I am so grateful and blessed that he is here and healthy and overjoyed for your services! I’m so glad I picked up my phone that day and looked up help. Who knows what the outcome would have been?”

To date more than 1,000 lives have been saved thanks to the Abortion Pill Rescue Network, comprised of approximately 900 rescue providers and centers that facilitate and/or assist with the abortion pill reversal protocol.

“If a friend was going through this, I would tell her my experience and that she wouldn’t want to have those guilt feelings which you have to live with the rest of your life,” Ashley continued. “Instead you get to bring a beautiful life into the world. There is hope out there. I certainly would tell her about the (APRN) hotline.”

Tweet This: There is hope out there. I certainly would tell a friend about the Abortion Pill Rescue® hotline.