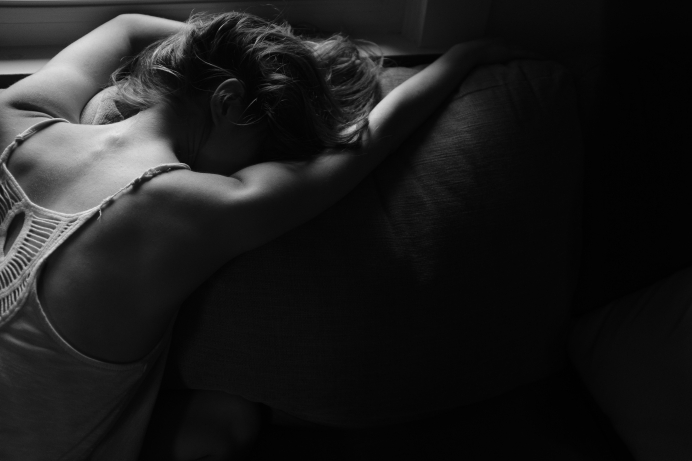 (Live Action) In an interview with pro-abortion activist Amanda Palmer, abortionist Leah Torres explains how she instructs women whose partners or families don’t want them to abort to fake a miscarriage:

That is the society that we live in. We have to protect pregnant people a lot of the time and protect what they want… That’s why I can say, here, you’re gonna take this pill, go to the bathroom, have a bath. When you’re in there, place these pills in your vagina and then you’re gonna have a miscarriage and that’s horrible and tragic, but at least your family will understand. Instead of scheduling the desired D&C surgical procedure that they want.

Torres says that this deception helps to protect women from “abusive” partners, but it seems clear that she is willing to help any woman hide her abortion from her partner or family. A woman who can’t talk through her decision with the most important people in her life is isolated, and denied their counsel. They will not know how to help her if she is distressed afterwards. Faking a miscarriage also cheats the man. Even though men have no legal say in the fate of their preborn children, a man deceived this way doesn’t even know his child was aborted. The father never gets a chance to advocate for his child or try to convince the woman that there is a better solution. He is robbed of any chance to intervene.

Another worker, who identified herself only as Tonya P, wrote:

When making an appointment I will have a patient who calls and wants an abortion but wants to have it in the privacy of their own home. So basically, they want to have a miscarriage at home. Some want it for privacy, and others want to do it this way because it’s the only way to have an abortion at home and that it is more believable to see for their partner … so by doing it this way, they could just say that they were having a miscarriage. And to do this, they ask about the pill. But if you are more than seven weeks, you don’t qualify for the pill, and so, some will just go for the abortion procedure and will ask you what type of story they can tell their family or spouse about their pregnancy. In other words, they want you to make up a good lie for them to tell.1

Tonya’s facility followed the original FDA regulations, and only provided abortions by pill up to seven weeks. Today, many facilities, including Planned Parenthood, will give the abortion pill up to 10 weeks, and sometimes even later.

I think we’re already seeing an increase in medication abortions because Planned Parenthood is selling that as a more natural option to abortion. We even told women, “You can just lie and say you’re having a miscarriage if you don’t want people to know you had the abortion. In fact, if you go to your doctor and they ask you if you ever had an abortion you can just tell them you had a miscarriage."

Some abortion facilities even encourage their workers to coach women on how to lie and hide their abortions. The training booklet “Medical Abortion Training Guide” gives the following as an illustration for abortion workers in training:

The training book then asks the reader, “Do you feel confident she is within the eligible range for MA [medical abortion, i.e. abortion by pill]?”

The proper answer is:

The woman is a candidate for MA…. The woman should be reassured that it is impossible to tell the difference between a spontaneous miscarriage and a medical abortion, but that entails hiding the misoprostol and ensuring that no one tells the husband that the woman was seen in the clinic where abortion services are provided.

These four examples show that some abortion facilities help aborting women to hide their abortions, through lies if necessary. Not only is this part of some new worker’s instructions, some facilities suggest this deception to sell abortions.

Tweet This: "These four examples show that some abortion facilities help aborting women to hide their abortions, through lies if necessary”

Editor's note: This article was first published by Live Action News and is reprinted here with permission.